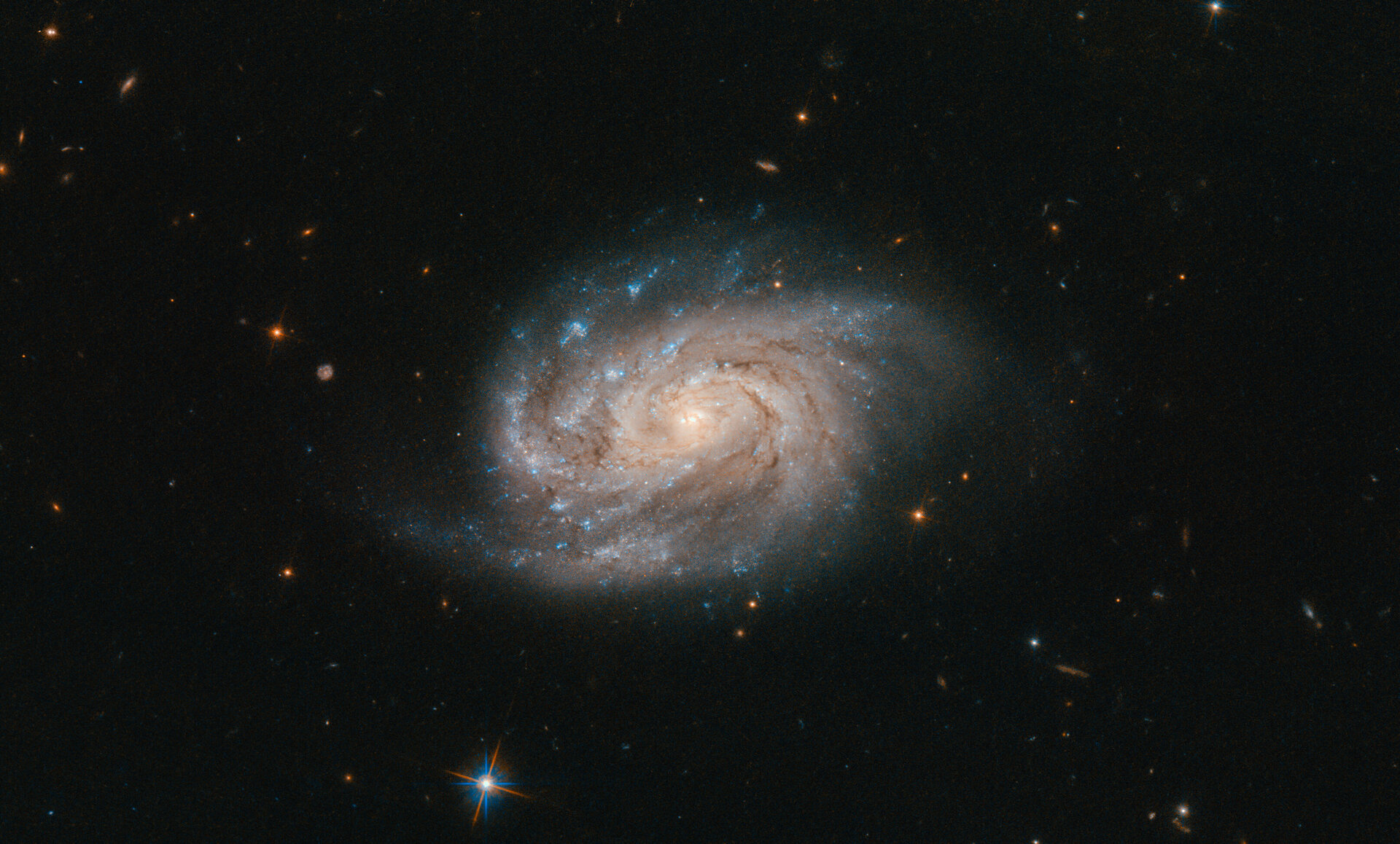 This bright, somewhat blob-like object — seen in this Picture of the Week as observed by the NASA/ESA Hubble Space Telescope — is a galaxy named NGC 1803. It is about 200 million light-years away, in the southern constellation of Pictor (The Painter’s Easel).

NGC 1803 was discovered in 1834 by astronomer John Herschel. Herschel is a big name in astronomy; John, his father William, and his aunt Caroline all made huge contributions to the field, and their legacies remain today. William systematically catalogued many of the objects he viewed in the night sky, named many moons in the Solar System, discovered infrared radiation, and more. Caroline discovered several comets and nebulae. John took this aforementioned catalogue of night-sky objects and reworked and expanded it into his General Catalogue of Nebulae and Clusters of Stars. This was the basis for the cataloguing system still used today by astronomers (Dreyer’s New General Catalogue of Nebulae and Clusters of Stars, or the New General Catalogue for short).

This gives rise to the NGC names assigned to a vast number of galaxies — including NGC 1803. This galaxy is one of a galactic pair. It was described by Dreyer as being “faint, small, [and] round”, and located near to a very bright star to the southeast. This star is in fact the nebulous lenticular galaxy PGC 16720 — not visible in this image.