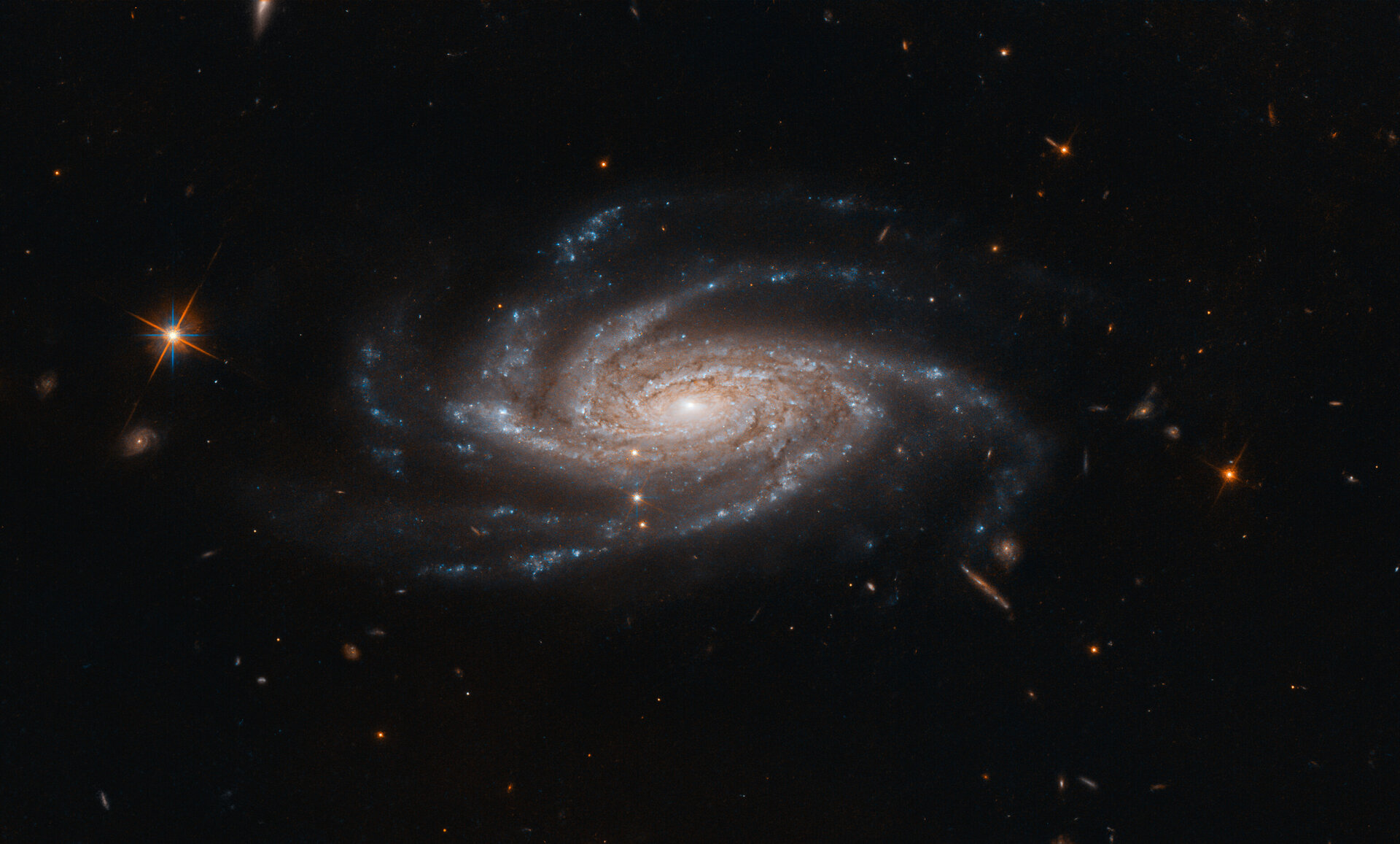 The spiral galaxy NGC 2008 sits centre stage, its ghostly spiral arms spreading out towards us, in this image captured by the NASA/ESA Hubble Space Telescope.

This galaxy is located about 425 million light-years from Earth in the constellation of Pictor (The Painter’s Easel). Discovered in 1834 by astronomer John Herschel, NGC 2008 is categorised as a type Sc galaxy in the Hubble sequence, a system used to describe and classify the various morphologies of galaxies. The “S” indicates that NGC 2008 is a spiral, while the “c” means it has a relatively small central bulge and more open spiral arms. Spiral galaxies with larger central bulges tend to have more tightly wrapped arms, and are classified as Sa galaxies, while those in between are classified as type Sb.

Spiral galaxies are ubiquitous across the cosmos, comprising over 70% of all observed galaxies — including our own, the Milky Way. However, their ubiquity does not detract from their beauty. These grand, spiralling collections of billions of stars are among the most wondrous sights that have been captured by telescopes such as Hubble, and are firmly embedded in astronomical iconography.