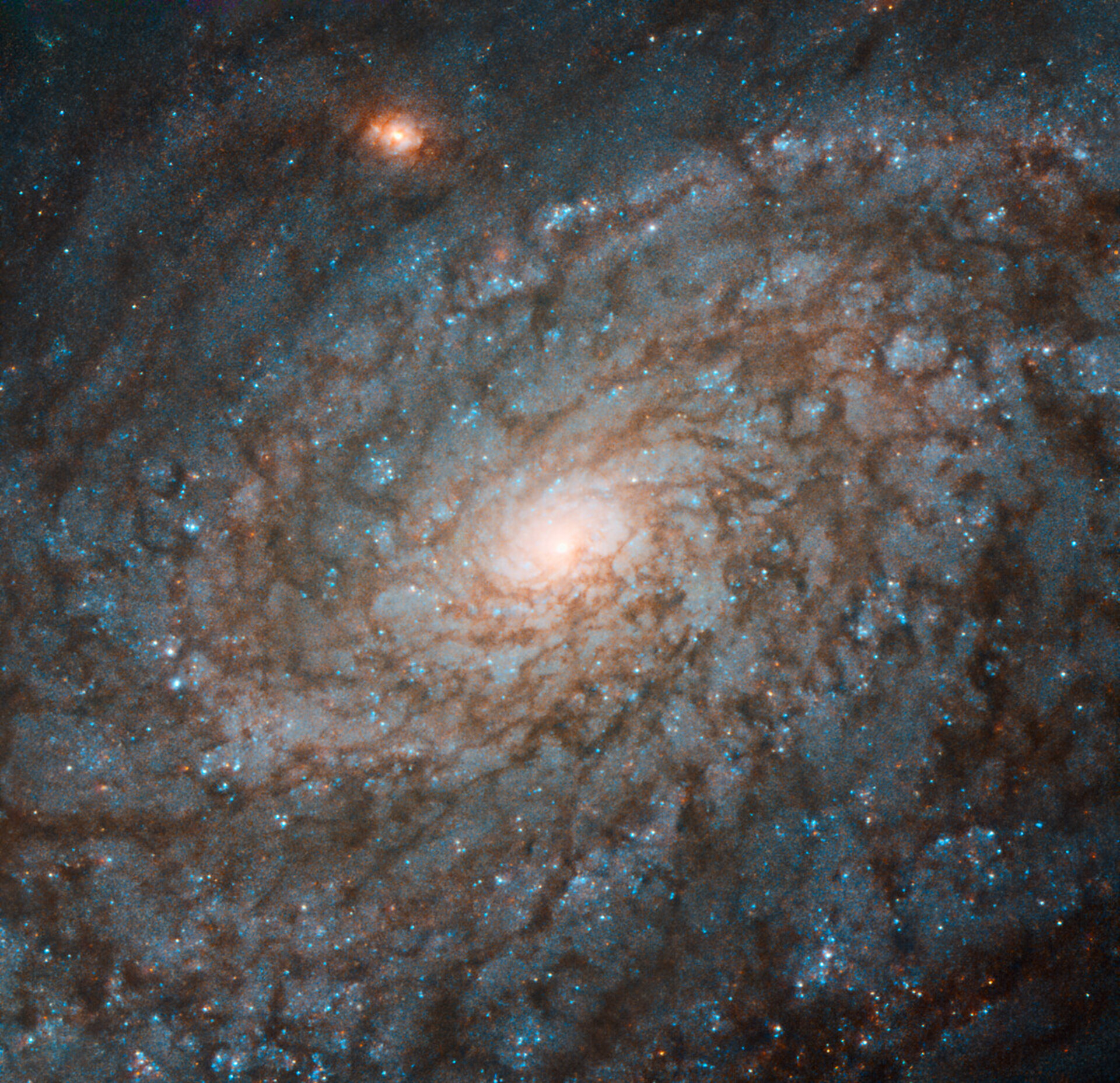 This Picture of the Week, taken by the NASA/ESA Hubble Space Telescope, shows the galaxy NGC 4237. Located about 60 million light-years from Earth in the constellation of Coma Berenices (Berenice's Hair), NGC 4237 is classified as a flocculent spiral galaxy. This means that its spiral arms are not clearly distinguishable from each other, as in grand design spiral galaxies, but are instead patchy and discontinuous. This gives the galaxy a fluffy appearance, somewhat resembling cotton wool.

Astronomers studying NGC 4237 were actually more interested in its galactic bulge — its bright central region. By learning more about these bulges, we can explore how spiral galaxies have evolved, and study the growth of the supermassive black holes that lurk at the centres of most spirals. There are indications that the mass of the black hole at the centre of a galaxy is related to the mass of its bulge.

However, this connection is still uncertain, and why these two components should be so strongly correlated is still a mystery — one that astronomers hope to solve by studying galaxies in the nearby Universe, such as NGC 4237.