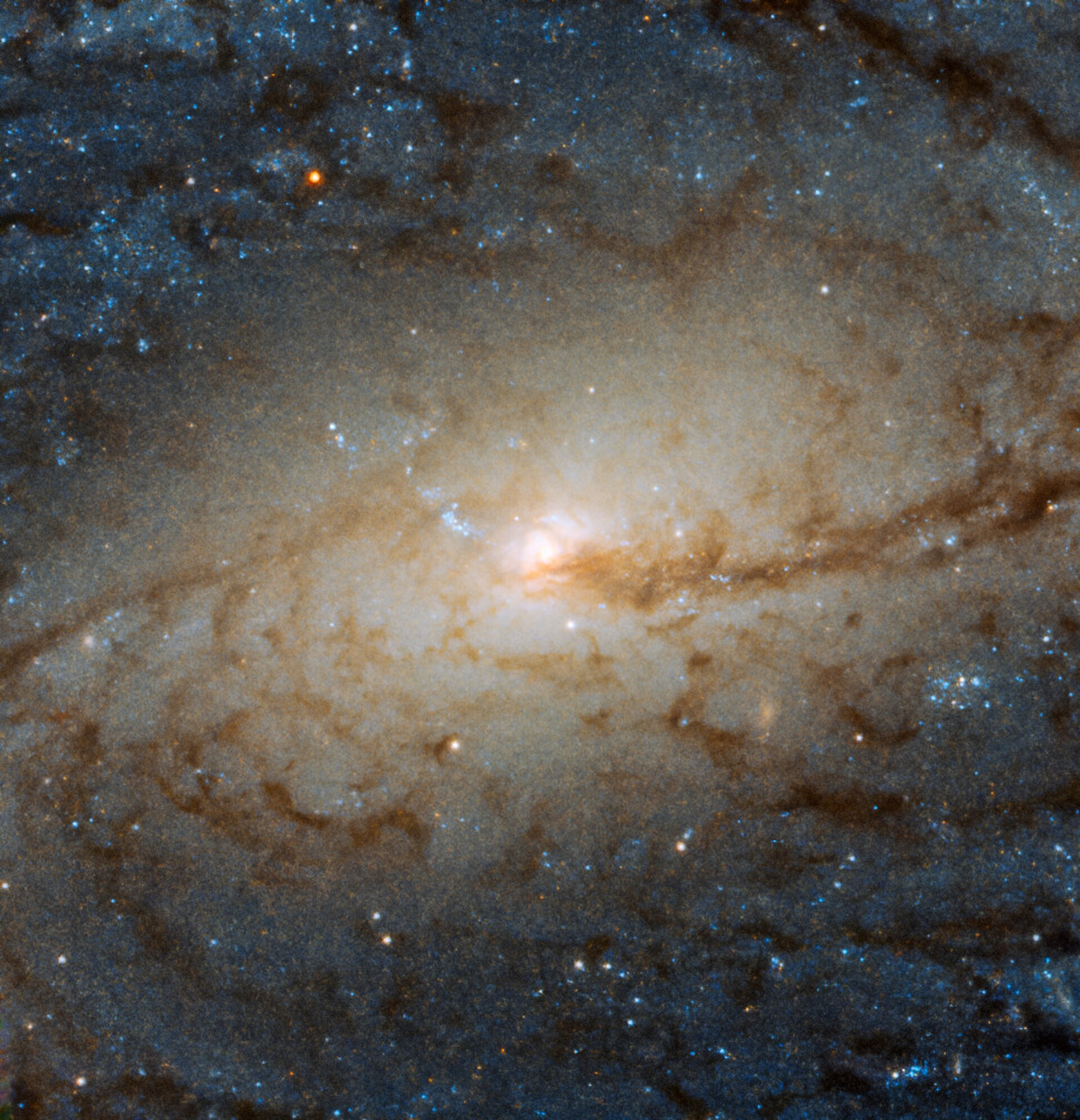 The barred spiral galaxy NGC 3887, seen here as viewed by the Wide Field Camera 3 aboard the NASA/ESA Hubble Space Telescope, lies over 60  million light-years away from us in the southern constellation of Crater (The Cup); it was discovered on 31 December 1785 by the German/British astronomer William Herschel.

Its orientation to us, while not exactly face-on, allows us to see NGC 3887’s spiral arms and central bulge in detail, making it an ideal target for studying a spiral galaxy’s winding arms and the stars within them.

The very existence of spiral arms was for a long time a problem for astronomers. The arms emanate from a spinning core and should therefore become wound up ever more tightly, causing them to eventually disappear after a (cosmologically) short amount of time. It was only in the 1960s that astronomers came up with the solution to this winding problem; rather than behaving like rigid structures, spiral arms are in fact areas of greater density in a galaxy’s disc, with dynamics similar to those of a traffic jam. The density of cars moving through a traffic jam increases at the centre of the jam, where they move more slowly. Spiral arms function in a similar way; as gas and dust move through the density waves they become compressed and linger, before moving out of them again.