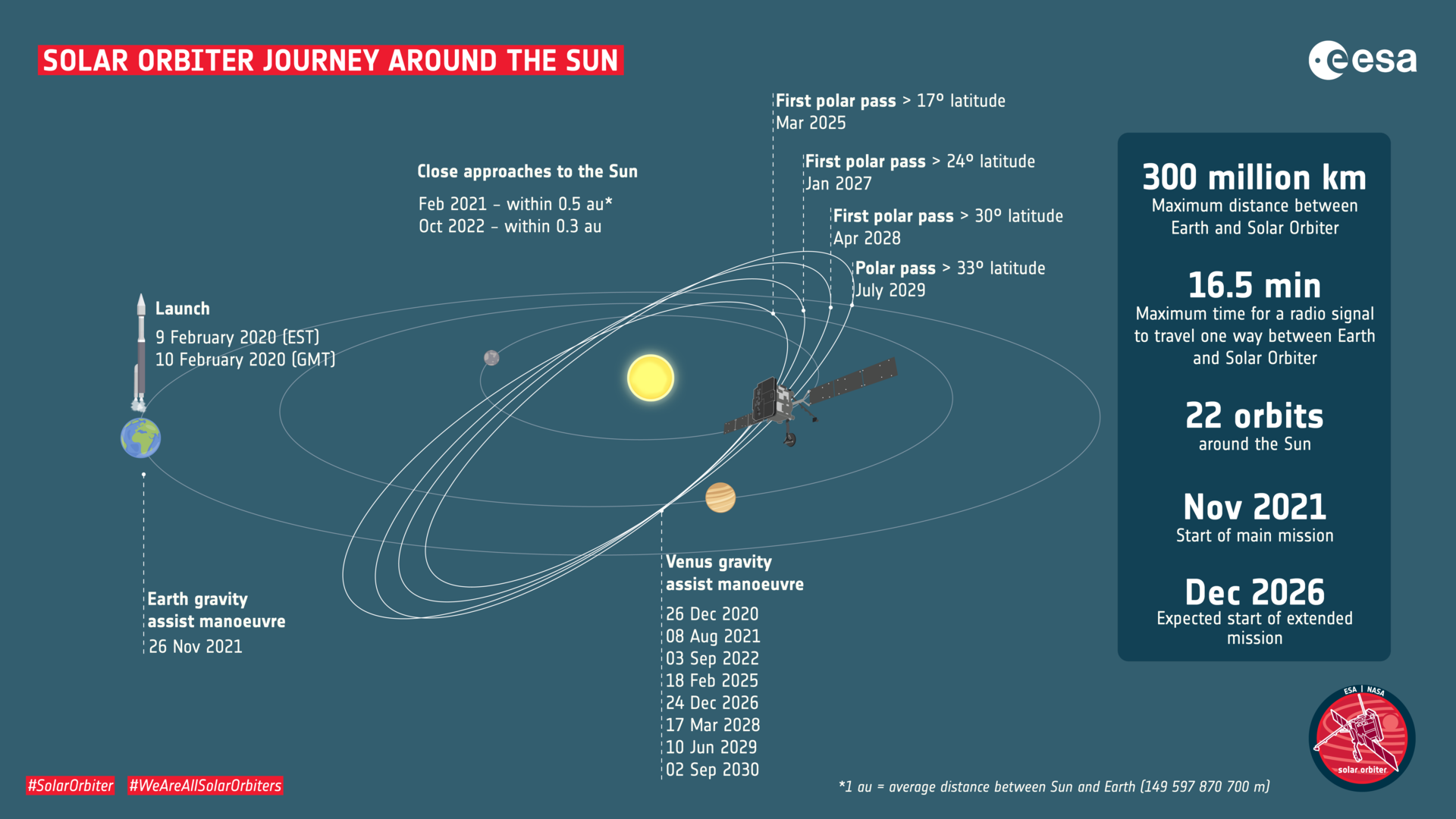 Solar Orbiter: journey around the Sun

Gravity assist manoeuvres at Earth and Venus will enable the spacecraft to change inclination to observe the Sun from different perspectives. During the initial cruise phase, which lasts until November 2021, Solar Orbiter will perform two gravity-assist manoeuvres around Venus and one around Earth to alter the spacecraft’s trajectory, guiding it towards the innermost regions of the Solar System. At the same time, Solar Orbiter will acquire in situ data and characterise and calibrate its remote-sensing instruments. The first close solar pass will take place in 2022 at around a third of Earth’s distance from the Sun.

The spacecraft’s orbit has been chosen to be ‘in resonance’ with Venus, which means that it will return to the planet’s vicinity every few orbits and can again use the planet’s gravity to alter or tilt its orbit. Initially Solar Orbiter will be confined to the same plane as the planets, but each encounter of Venus will increase its orbital inclination. For example, after the 2025 Venus encounter it will make its first solar pass at 17º inclination, increasing to 33º during a proposed mission extension phase, bringing even more of the polar regions into direct view.

Solar Orbiter is a space mission of international collaboration between ESA and NASA. Its mission is to perform unprecedented close-up observations of the Sun and from high-latitudes, providing the first images of the uncharted polar regions of the Sun, and investigating the Sun-Earth connection. Data from the spacecraft’s suite of ten instruments will provide unprecedented insight into how our parent star works in terms of the 11-year solar cycle, and how we can better predict periods of stormy space weather.