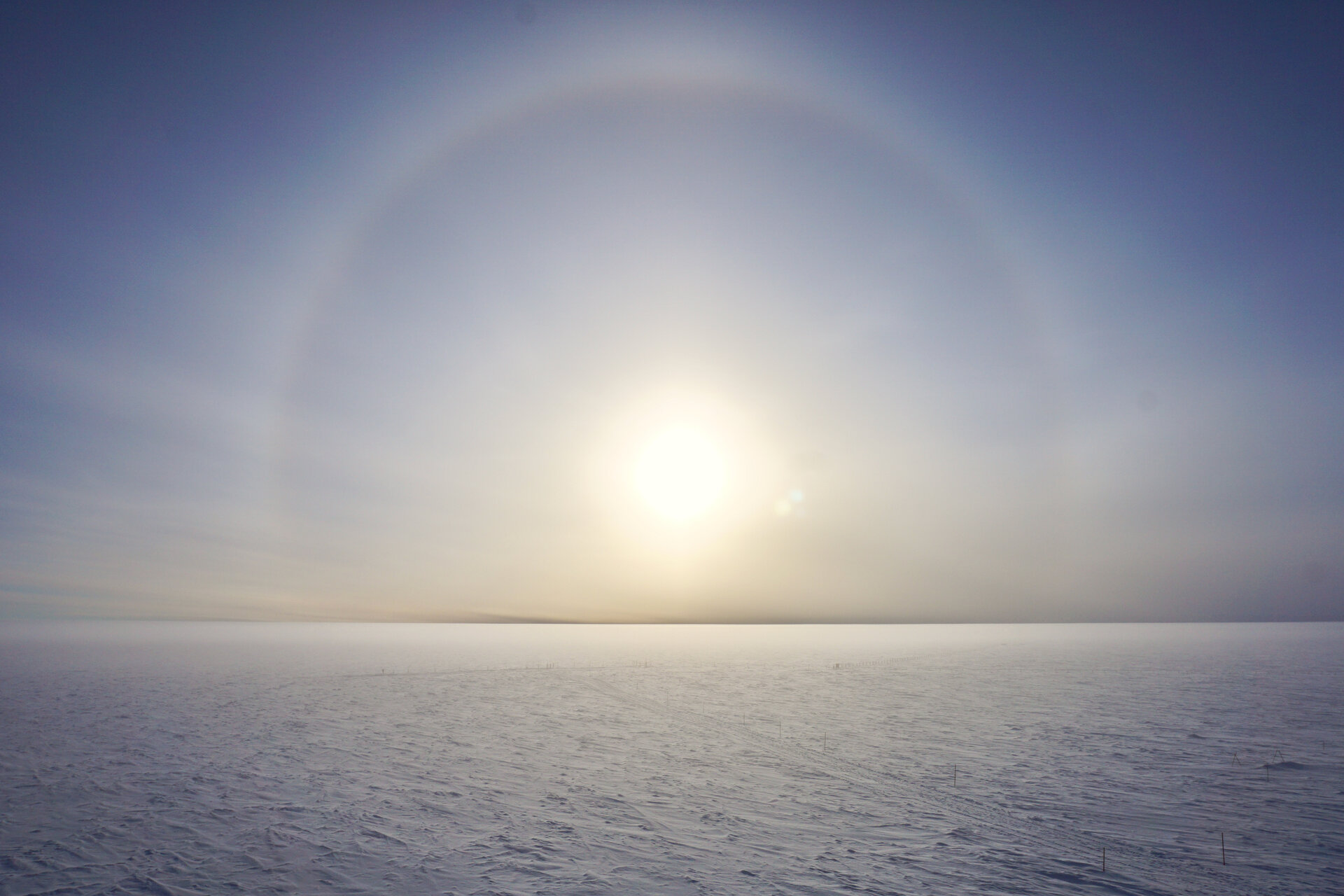 At this very moment, a spacecraft is headed toward the brightly burning Sun, photographed here on an Antarctic summer day by ESA sponsored medical doctor Stijn Thoolen at Concordia research station.

Solar Orbiter is ESA’s latest mission to study the Sun up close. Launched in the early hours of 10 February from Cape Canaveral, Florida, the spacecraft is due to arrive at its fiery destination in approximately two years.

Solar Orbiter will face the Sun from within the orbit of Mercury, approximately 42 million kilometres from the solar surface. This is an ideal distance: from here Solar Orbiter can take remote images and measurements that will provide the first views of the Sun’s uncharted polar regions.

At the southern poles on Earth, in Antarctica, the Sun has an exceptional presence on people living at the remote Concordia research station. During the Antarctic summer, the sun shines 24 hours a day. It would be perfect for sunbathing, except for the fact that the average summer temperature is only –30°C.

Consequently, in the winter the Sun does not appear above the horizon for over three months and the crew stationed in Concordia live with outside temperatures of –80°C in complete darkness.

In 2015 ESA-sponsored medical research doctor in Concordia Adrianos Golemis captured the Sun at 16:00 every Monday for a year and explains the technique in this blog entry.

While Solar Orbiter is en route to observing the Sun up close, the crew in Concordia are preparing for life without and enjoying the last rays of sunlight while they can. This picture shows a halo that can occur when sunlight is refracted off ice crystals in the atmosphere.

The mission will investigate how intense radiation and energetic particles being blasted out from the Sun and carried by the solar wind through the Solar System impact our home planet, to better understand and predict periods of stormy ‘space weather’.

While this results in beautiful aurora seen in the Arctic and Antarctic circles, stormy space weather can be disastrous. Solar storms have the potential to knock out power grids, disrupt air traffic and telecommunications, and endanger space-walking astronauts, for example.

A better understanding of how our parent star works is critical to our preparedness for these scenarios on Earth.

Follow more news about life and science at Concordia research station, located at Dome C in the Antarctic Peninsula, on the Chronicles from Concordia blog.