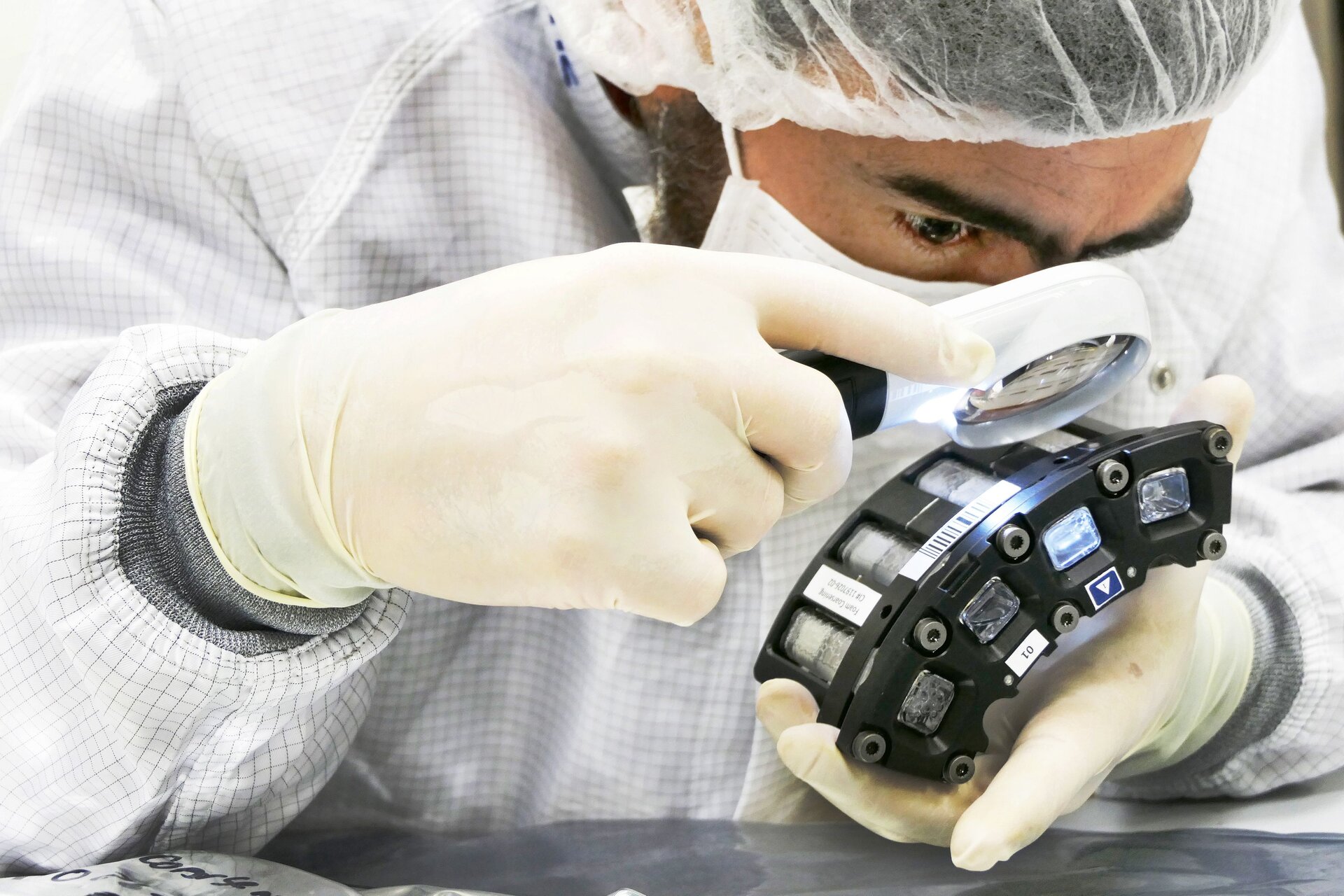 Another fluid experiment joins long running research on foam stability on the International Space Station. The Foam-Coarsening experiment, developed by Airbus for ESA, is scheduled to be activated this month in the Fluid Science Laboratory in the European Columbus module.

The foams come in self-contained cells, imaged above, and hold liquids that will be shaken (not stirred) and analysed with laser optics and high-resolution cameras. Researchers are keen to observe how foams behave in microgravity.