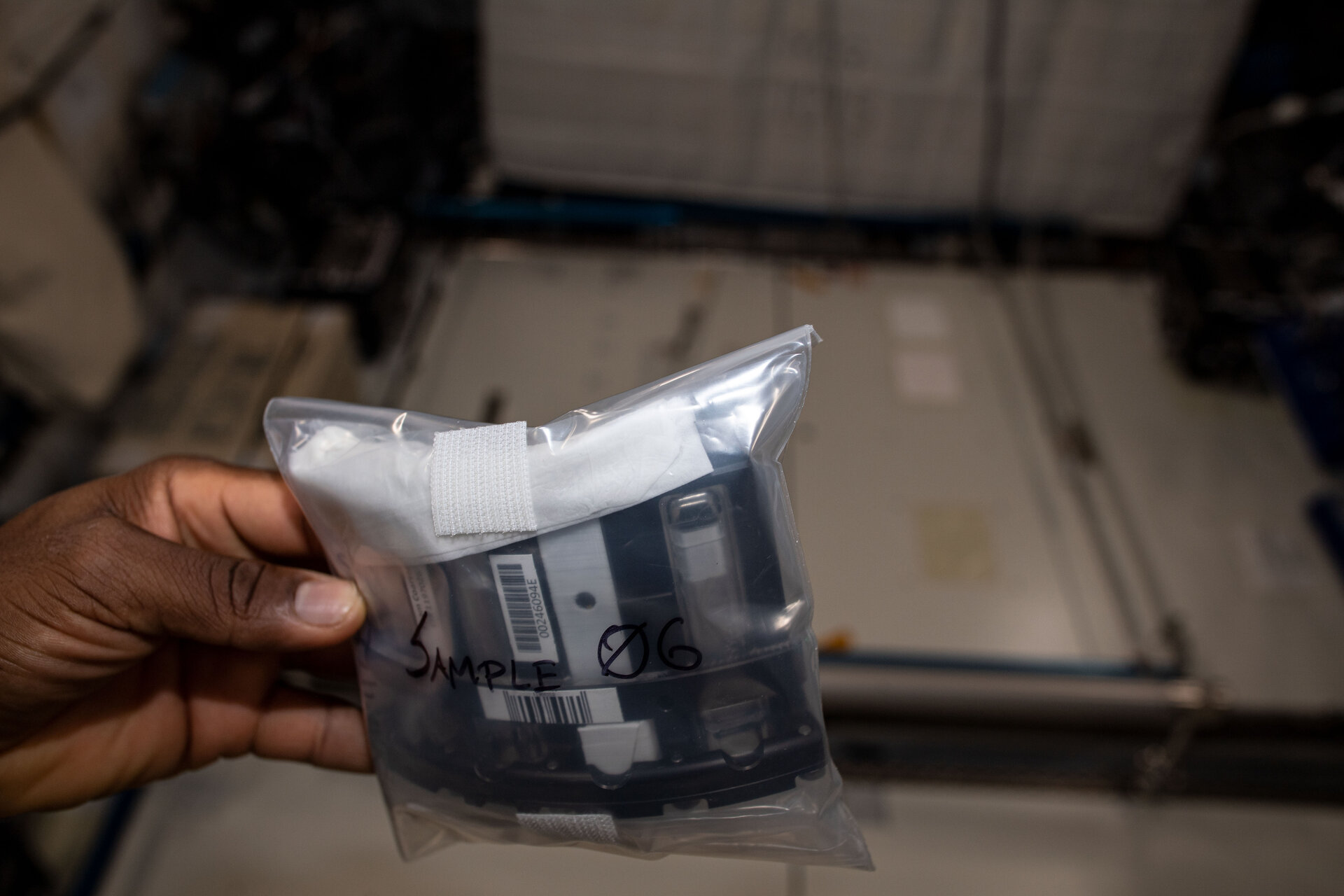 NASA astronaut Victor Glover takes a picture of a sample cell packed for return to Earth from the International Space Station. The Sample Cell Unit S/N 6 of the Foam Coarsening experiment was used for commissioning on the International Space Station. It contains three sample cells filled with liquid. By shaking the pistons inside the cell (the white and black items at the bottom of the cells are the most visible parts of the pistons), foam is generated. The white cell (in third position) contains a humidity sensor.

The Foam-Coarsening experiment, developed by Airbus for ESA, is scheduled to be activated this month in the Fluid Science Laboratory in the European Columbus module.

The foams come in self-contained cells and hold liquids that will be shaken (not stirred) and analysed with laser optics and high-resolution cameras. Researchers are keen to observe how foams behave in microgravity.