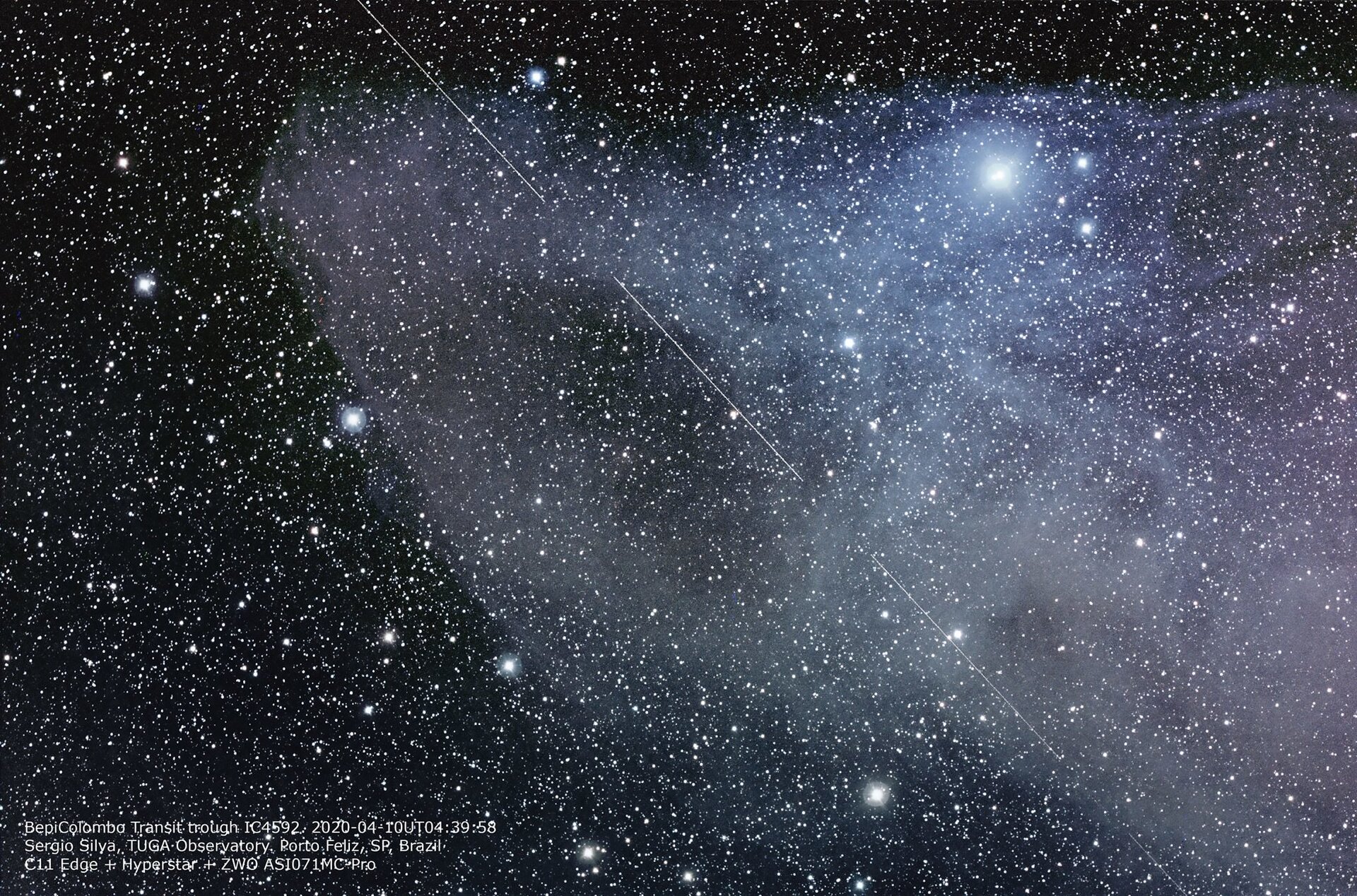 This image shows the ESA/JAXA BepiColombo spacecraft moving across the sky as viewed from Brazil during its Earth flyby on 10 April 2020. The moving spacecraft is visible as a series of four diagonal lines crossing the frame from top left to bottom right against a field of stars featuring a beautiful deep sky object, the reflection nebula known as Blue Horsehead Nebula, or IC 4592.

The flyby was captured by Sergio Silva from Porto Feliz, São Paulo, Brazil, at 04:39:58 UTC on 10 April. The flyby observation comprises four 15-second exposures as part of a 3-hour long exposure to image the nebula.

The jury appreciated the choice to combine the flyby, not far from Earth, and a distant nebula, observing the event against a deep sky object, as well as the fine quality of the image and processing.

The image was obtained using a Celestron C11 Edge HD telescope with a Hyperstar lens, a iOptron CEM60 mount and a ZWO ASI071MC-Pro camera.