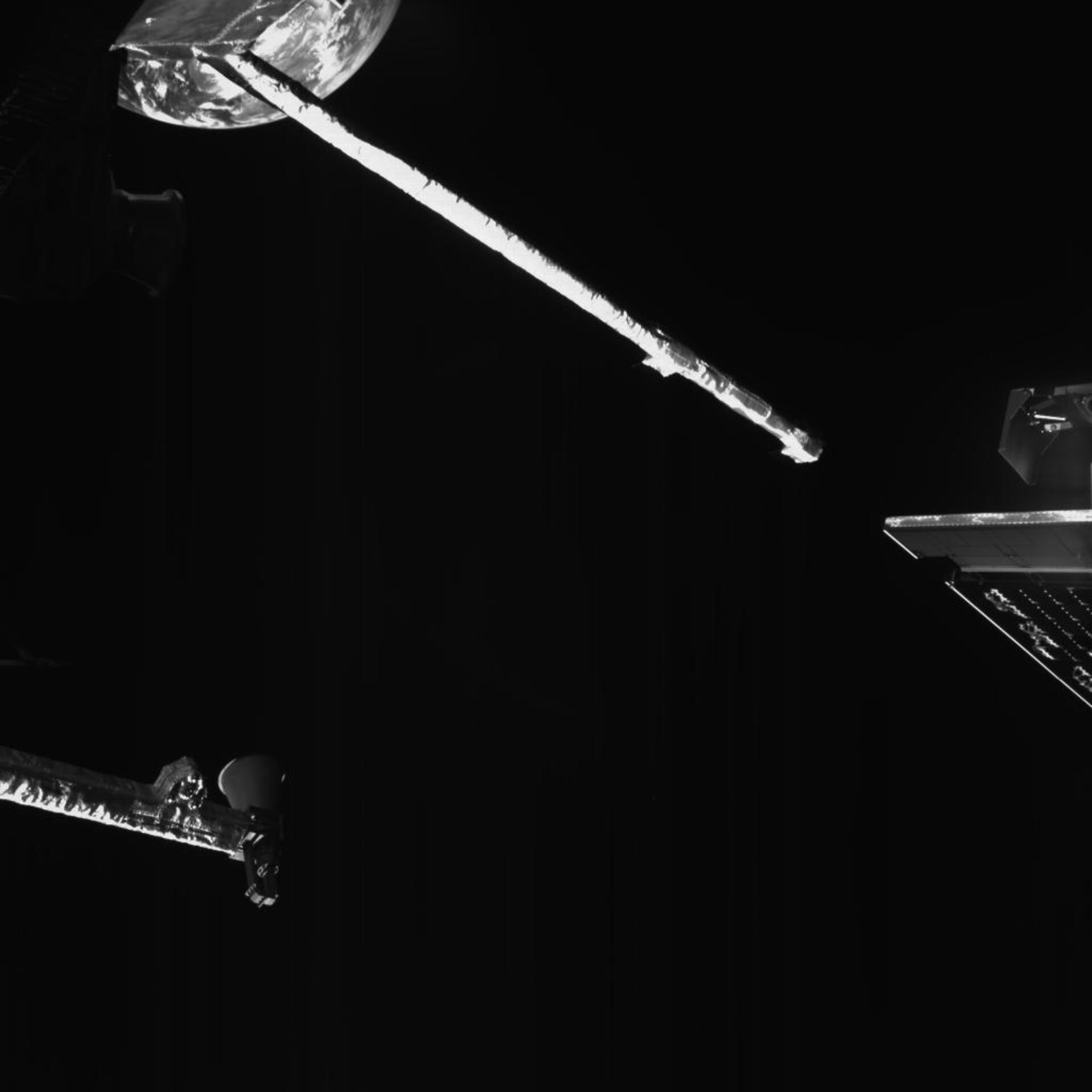 BepiColombo’s close-up of Earth during flyby

A view of Earth captured by one of the MCAM selfie cameras on board of the European-Japanese Mercury mission BepiColombo, as the spacecraft zoomed past the planet during its first and only Earth flyby. The image was taken at 03:05 UTC on 10 April 2020, shortly before the closest approach, from around 26 000 km away.