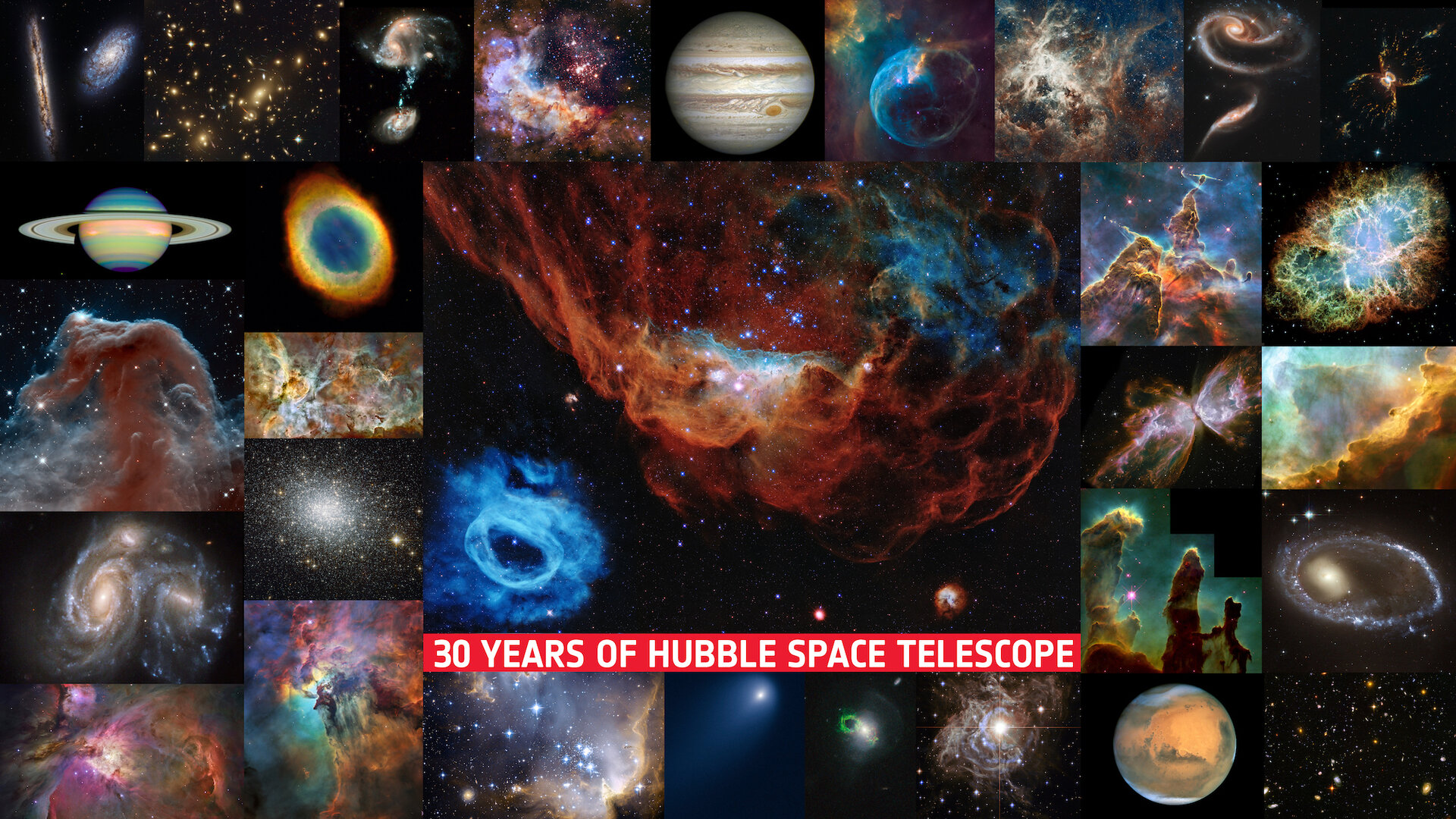 From planets to planetary nebula, and from star formation to supernova explosions, the NASA/ESA Hubble Space Telescope has captured a wealth of astronomical objects in its 30-year career. This montage presents 30 images that sample the space telescope’s rich contribution to our understanding of the Universe around us.

Follow the links below for more information and credits.

At the centre of the montage is the Cosmic Reef, the image released on the occasion of Hubble’s 30th anniversary.

From left to right; top row: