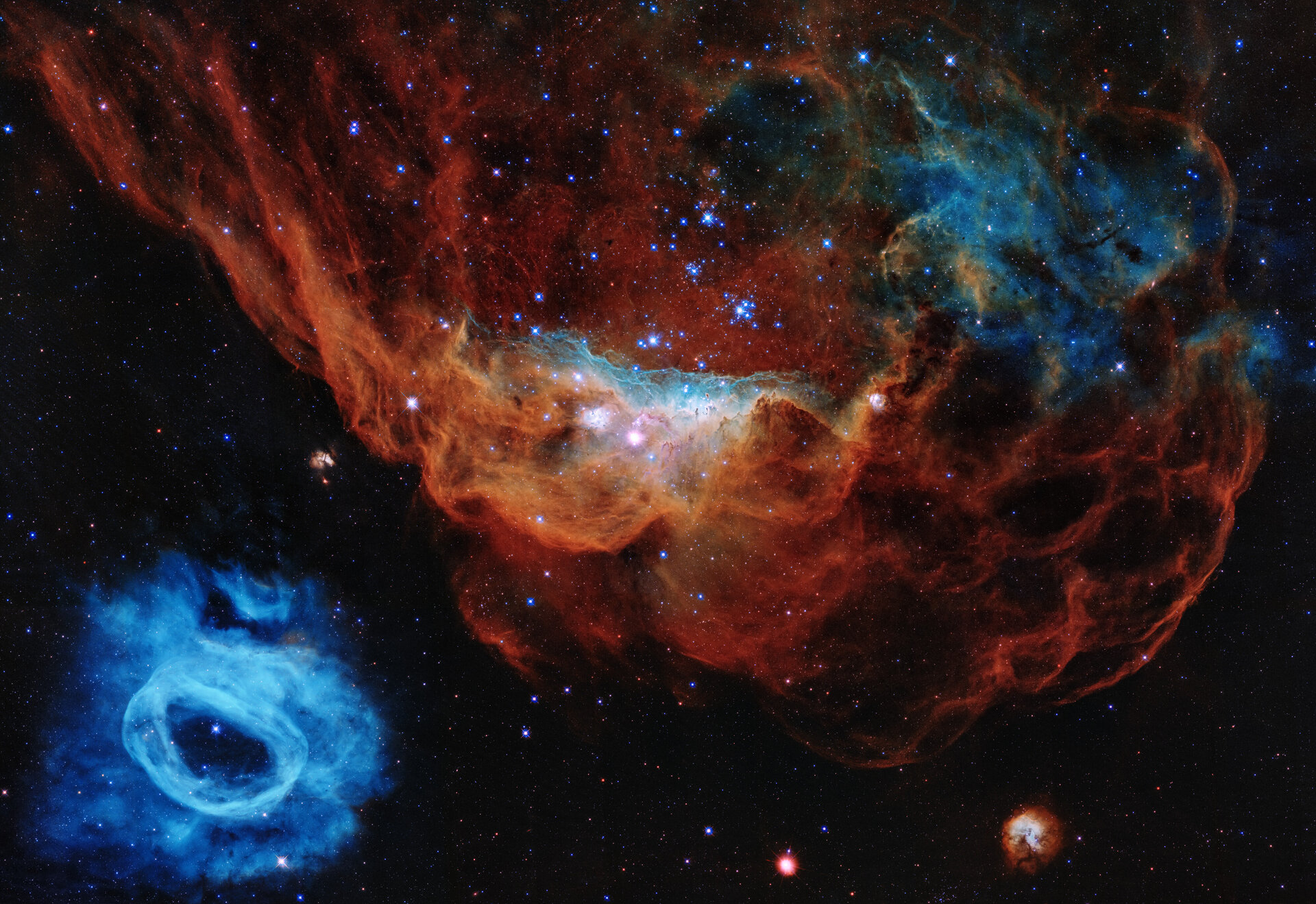 Hubble Space Telescope’s iconic images and scientific breakthroughs have redefined our view of the Universe. To commemorate three decades of scientific discoveries, this image is one of the most photogenic examples of the many turbulent stellar nurseries the telescope has observed during its 30-year lifetime. The portrait features the giant nebula NGC 2014 and its neighbour NGC 2020 which together form part of a vast star-forming region in the Large Magellanic Cloud, a satellite galaxy of the Milky Way, approximately 163 000 light-years away. The image is nicknamed the “Cosmic Reef” because it resembles an undersea world.

Learn more about this image here and take a look at region from a ground-based telescope here.