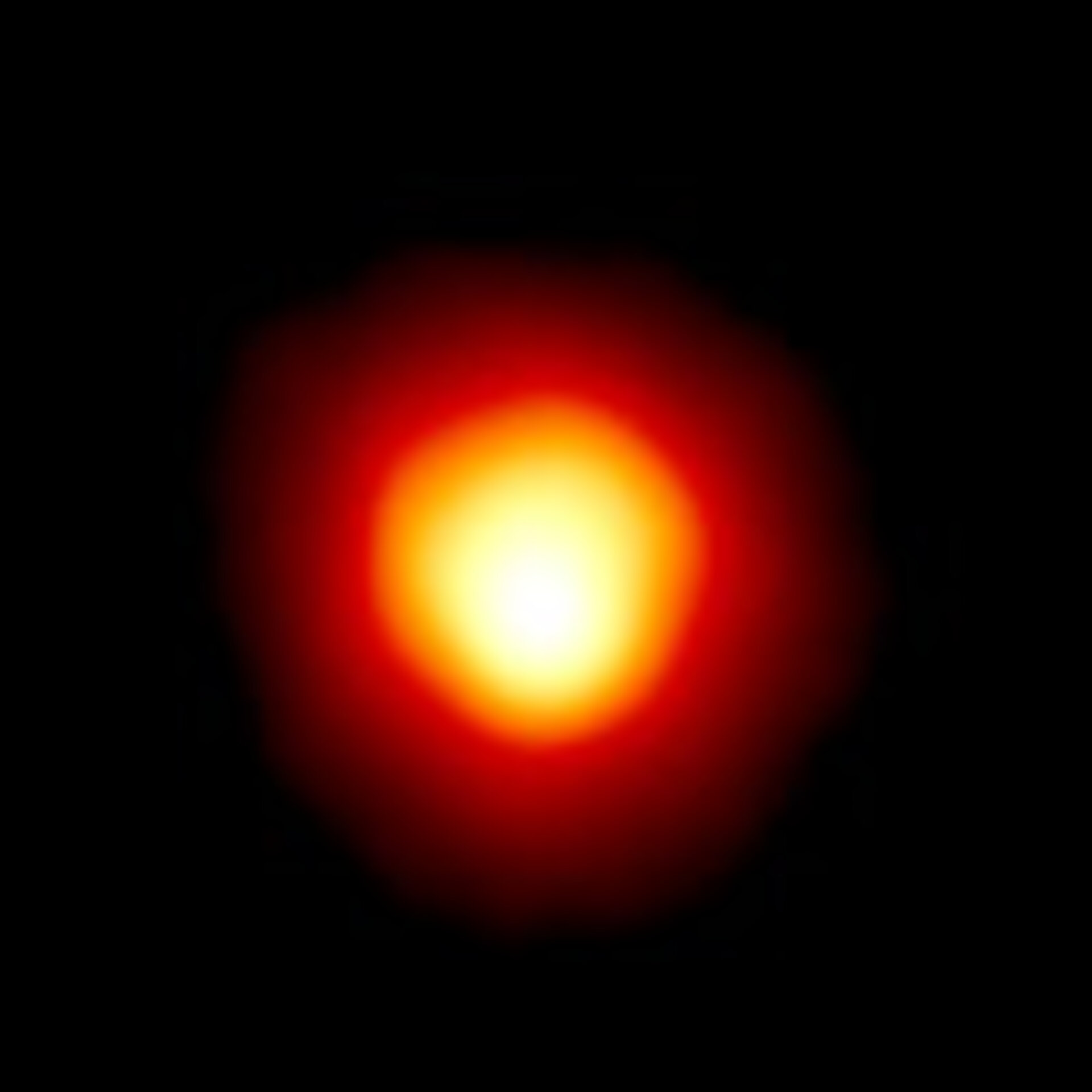 The atmosphere of Betelgeuse

This is the first direct image of a star other than the Sun, made with the Hubble Space Telescope. Called Alpha Orionis, or Betelgeuse, it is a red supergiant star marking the shoulder of the winter constellation Orion the Hunter.

The Hubble image reveals a huge ultraviolet atmosphere with a mysterious hot spot on the stellar behemoth's surface. The enormous bright spot, which is many hundreds times the diameter of Sun, is at least 2, 000 Kelvin degrees hotter than the surface of the star.

New observations by the NASA/ESA Hubble Space Telescope suggest that the unexpected dimming of the supergiant star Betelgeuse was most likely caused by an immense amount of hot material ejected into space, forming a dust cloud that blocked starlight coming from Betelgeuse’s surface.

Go to Hubble helps uncover the mystery of the dimming of Betelgeuse to learn more.