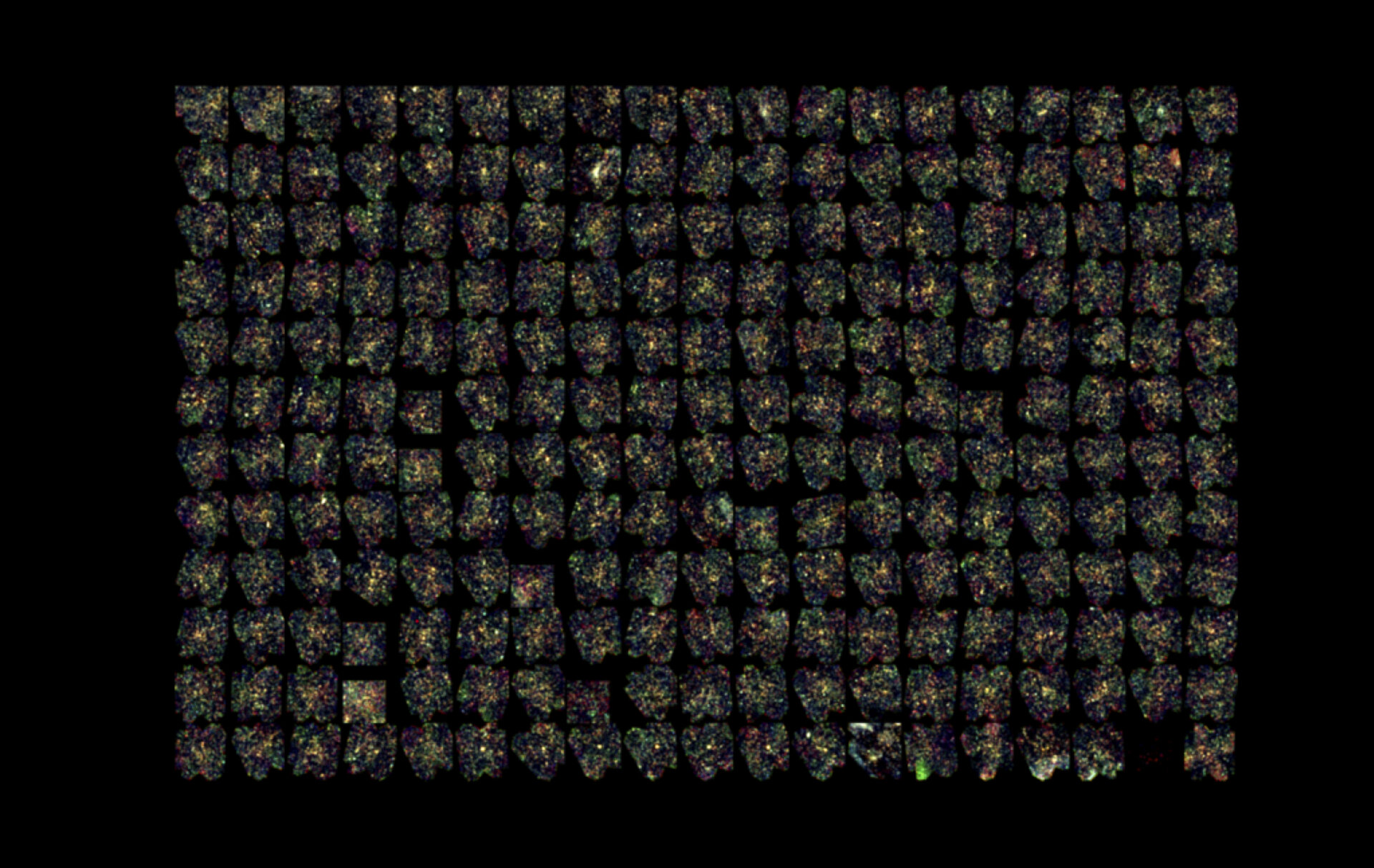 Looking back in time with Herschel and Planck

If you put 228 old TV sets together, the poorly synced views on their screens might look a bit like what you see here. But the science behind these images – and the technology required to obtain them – is far more fascinating than what their appearance might suggest.

Rather than pixelated colourful static, the vast majority of these 228 thumbnail images shows dense 'over-concentrations' of far-away galaxies that could be the seeds of the galaxy clusters we see in today’s Universe.

Today, 13.8 billion years after the Big Bang, most galaxies are kept together by gravity into groups or larger clusters, but how and when exactly these cosmic structures first started to form is still an open question. Looking far back in time, astronomers observed collections of galaxies that they believe could be bound together by gravity. If they are right, this image could be showing us the birth of over 200 future galaxy clusters, at a time when the Universe was only three billion years old.

This science feat was possible by combining the powers of Planck and Herschel, two ESA space telescopes that were launched together on an Ariane 5 rocket eleven years ago, on 14 May 2009.

The Planck mission spent more than four years scanning the sky to collect and study the remnant radiation left over after the Big Bang, the cosmic microwave background. The Herschel space observatory, which also operated until 2013, performed detailed observations of a multitude of regions across the sky from the far infrared to the submillimetre part of the electromagnetic spectrum.

This image is part of a study published in 2015, in which a team of astronomers used Planck data to identify more than 2000 rare and very distant sources shining brightly in submillimetre wavelengths. One tenth of these sources were then observed using the SPIRE instrument on Herschel at three different wavelengths – 250, 350 and 500 microns – and combined with existing similar observations.

Unleashing the powers of Herschel, the team was able to ‘zoom in’ into the 228 most promising sources spotted with Planck to find clues about their nature. The evidence pointed to the vast majority of them being infant clusters of galaxies. The Herschel observations revealed in particular that the galaxies were forming stars at an impressive rate – about 700 solar-mass stars per year, roughly 700 times more intensely than our Milky Way does today.

A few years later, astronomers used NASA’s Spitzer Space Telescope, which completed its mission earlier this year, to scrutinise 82 of the previously spotted candidates in detail at near-infrared wavelengths. The new data showed without ambiguity that most of these objects consist of far-away galaxies in large concentrations. But some mysteries remain: what is the origin of such a prolific star-formation activity? Are these structures real proto-clusters? These questions will keep astronomers busy for a while.