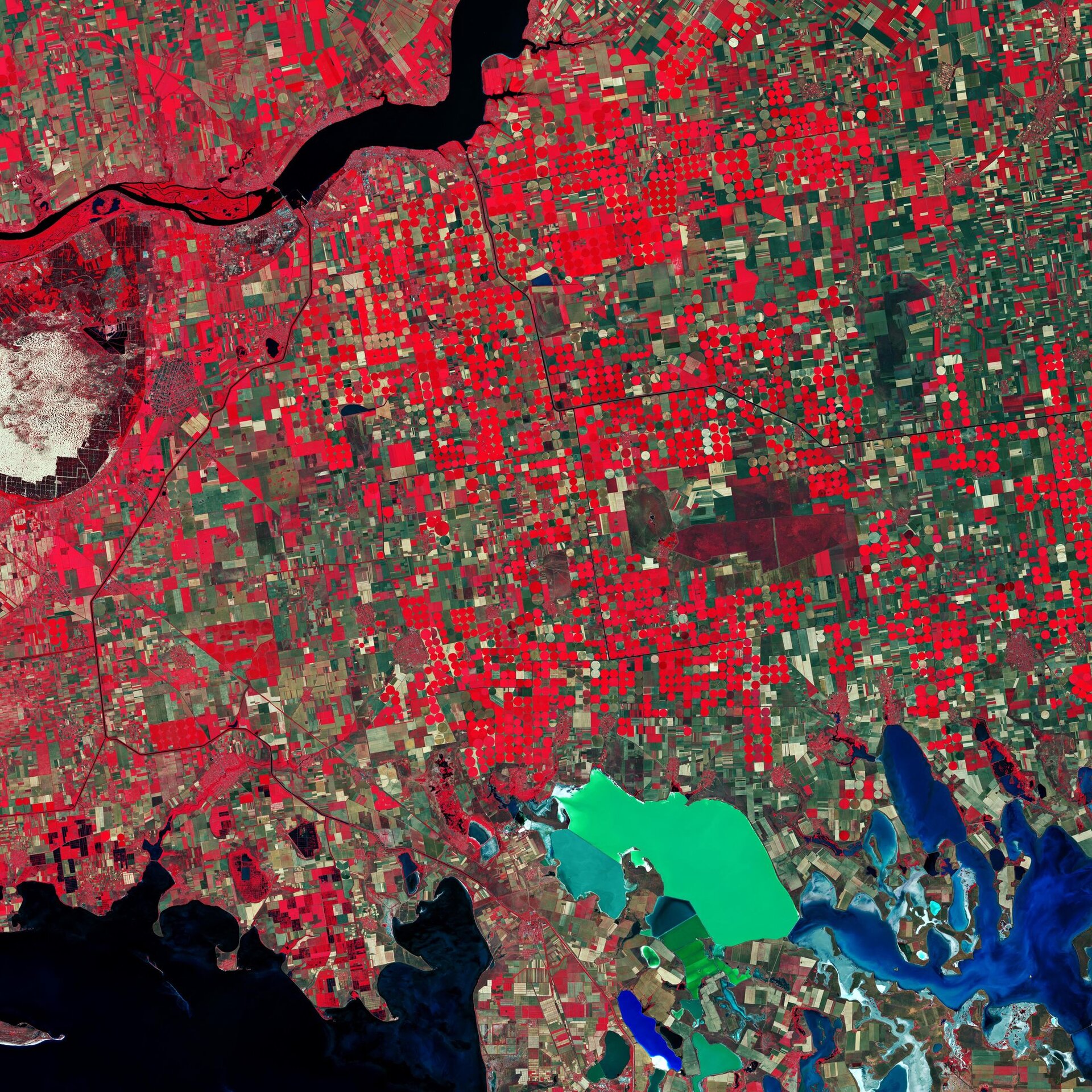 Southern Ukraine is featured in this false-colour image captured by the Copernicus Sentinel-2 mission. This image was processed in a way that included the near-infrared channel, which makes vegetation appear bright red.

Owing to Ukraine’s climate and arable land, agriculture plays a large role in the country’s economy. In this image, captured on 26 June 2019, a patchwork of agricultural fields dominate the landscape. Ukraine’s main grain crops are winter wheat, spring barley and corn.

Circular shapes in the image are an example of centre-pivot irrigation systems, where equipment rotates around a central pivot and crops are watered with sprinklers.

The bright red contrasts with the black waters of the Kakhovka Reservoir on the Dnieper River, visible at the top of the image. Canals are visible as thin, black lines cutting through the agricultural fields, and are mostly used for water supply and irrigation of the surrounding farmlands.

In the far left of the image, the oval-shaped Oleshky Sands is visible. Covering an area of around 160 sq km., this large expanse of sand is considered a small desert in Ukraine. The grassy plains that used to cover the area are said to have died off hundreds of years ago owing to sheep farming – initiating the area’s desertification.

In the bottom-right of the image, a colourful network of salty lagoons lie along the northern border of the Crimean Peninsula. These shallow, marshy inlets are known as Syvash (also Sivash or Sivaš). During summer months, the warmer marsh waters leave unpleasant odours – earning the region the nicknames ‘Putrid Sea’ and ‘Rotten Sea.’