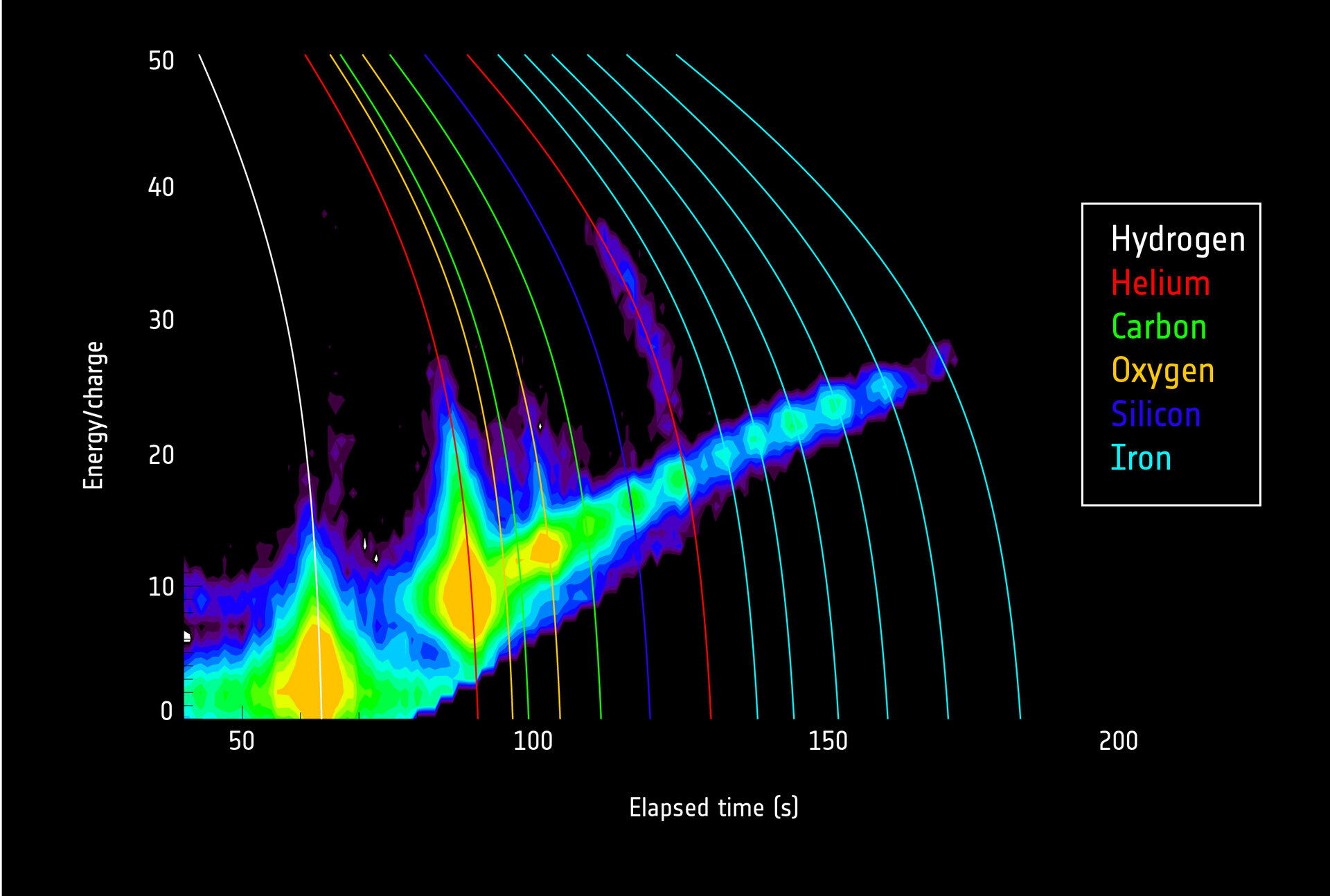 The Solar Wind Plasma Analyser (SWA) on ESA’s Solar Orbiter samples the solar wind around the spacecraft. This coloured plot shows the first scientific measurements made by its SWA Heavy Ion Sensor (HIS). The data was taken on 11 May 2020.

Ions are electrically charged atoms. They make up most of the mass of the solar wind. Although ions of carbon, oxygen, silicon, iron, etc are less abundant, they carry crucial information about the heating mechanism in the Sun’s outer atmosphere and the way in which the solar wind is accelerated into space. Their detection and analysis is therefore critical for understanding the connection between the solar corona and the solar wind/heliosphere.

The sensor is able to determine, among other characteristics, the ratio of an ion’s energy to its charge, and its speed across a known distance within the instrument, as given by the time it takes to cross that distance. This data has then been plotted on the graph along with the theoretical curves of expected ions, which are colour-coded according to the ions in the legend.  The coloured patches represent the number of particles (yellow means lots, blue means few) entering the instrument with each characteristic and thus indicate their relative abundance in the solar wind passing the spacecraft.

HIS is one of three sensors that make up the Solar Wind Analyser (SWA) instrument suite on Solar Orbiter. The ‘Electron Analyser system’ (EAS) and the Proton/Alpha particle Sensor (PAS) make up the other two components.

“A number of the properties of the heavy ion populations are unique in that they undergo relatively little evolution during transport of the solar wind from the Sun to the spacecraft,” says Prof Christopher J. Owen (UCL Mullard Space Science Laboratory), Principal Investigator for the SWA. “They thus remain an excellent diagnostic of the nature of those ions in the corona and provide critical ‘finger-prints’ of the physical processes that drive the formation of the solar wind.”