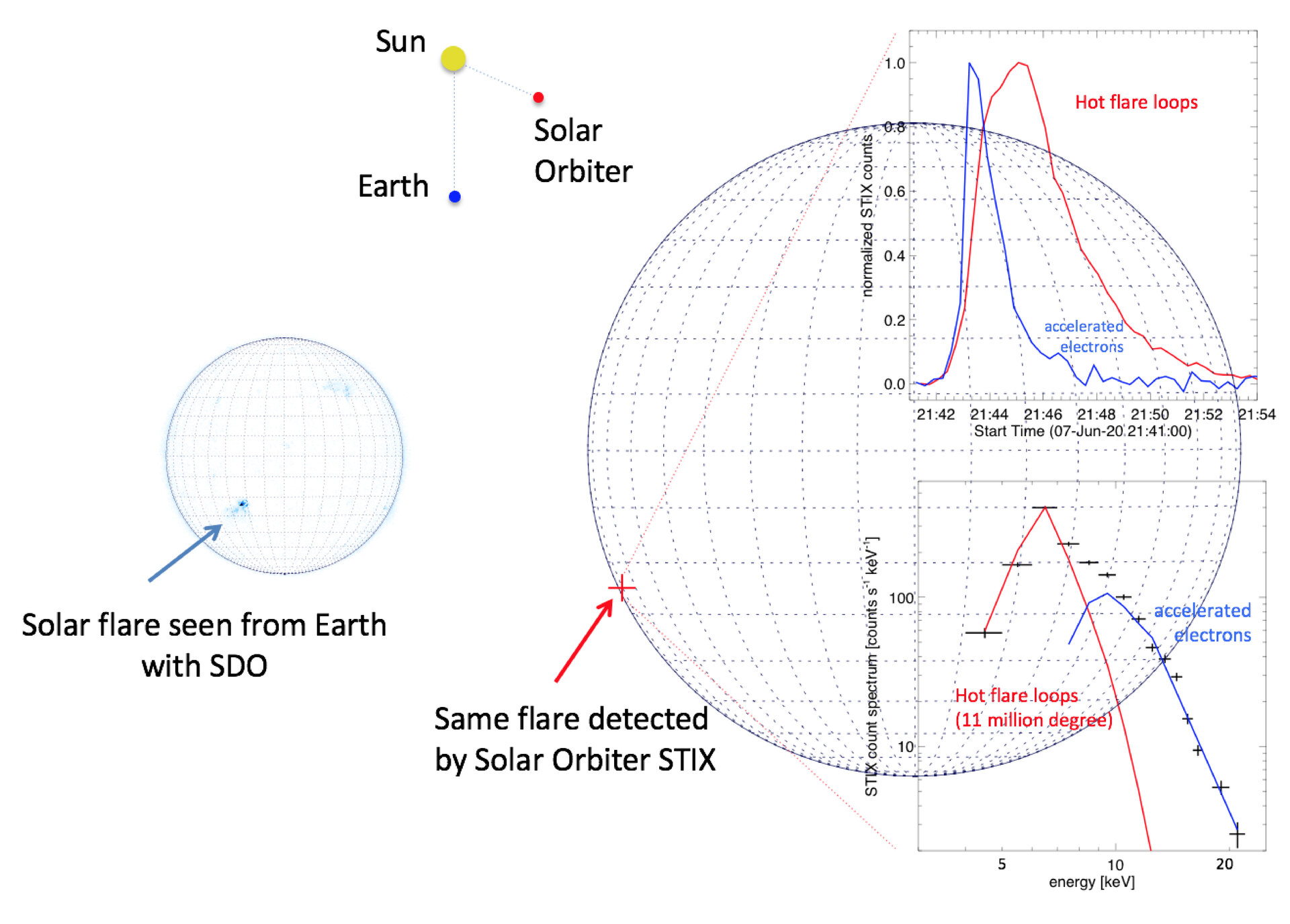 The X-ray Spectrometer/Telescope (STIX) studies solar X-ray emissions, which are exclusively emitted during solar flares. Even if solar activity is currently low, the STIX team was lucky enough to observe a solar flare on 7 June 2020. Although weak, the flare was still large enough to test almost all the aspect of STIX functionality.

The data shown here represents the spectrum of the X-rays detected from the flare, and the way they changed with time. The red signal comes from heated ‘flare loops’, which are magnetic arches in the solar coronal that are filled with gas and heated to around 11 million degrees Celsius by the energy released during the flare.

The blue signal represents electrons that were accelerated during the flare. These high-energy electrons heat the lower layers of the solar corona, which provides the material that fills the flare loops. Hence the red curve increases during when the blue curve is high. After the acceleration stops, the flare loops start to cool and the X-ray emission decreases accordingly.

Focusing X-rays is difficult and generally requires large instruments, which were not suitable for Solar Orbiter. So STIX uses an indirect imaging system of metal masks in front of the detectors to block part of the incoming X-rays. The shadow pattern this creates on the detector can be used to ‘reconstruct’ an image after the data has been transmitted to Earth.

Doing this for the first time, however, involves a huge scientific and mathematical effort, as many instrumental corrections need to be applied, and so the effort is on-going. Once the reconstruction process is successful, the STIX team will generate images automatically.