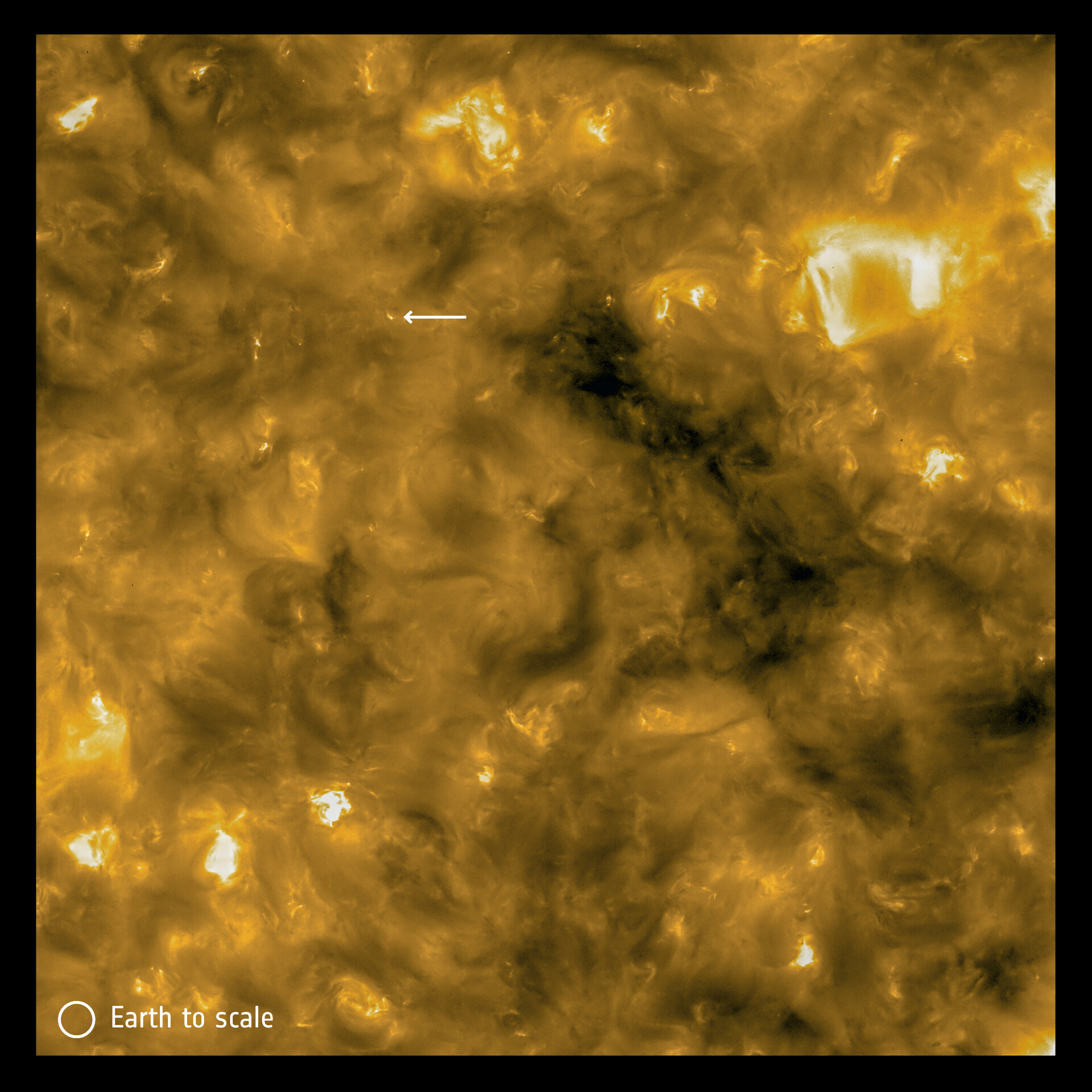 A high-resolution image from the Extreme Ultraviolet Imager (EUI) on ESA’s Solar Orbiter spacecraft, taken with the HRIEUV telescope on 30 May 2020. The circle in the lower left corner indicates the size of Earth for scale. The arrow points to one of the ubiquitous features of the solar surface, called ‘campfires’ and revealed for the first time by these images.