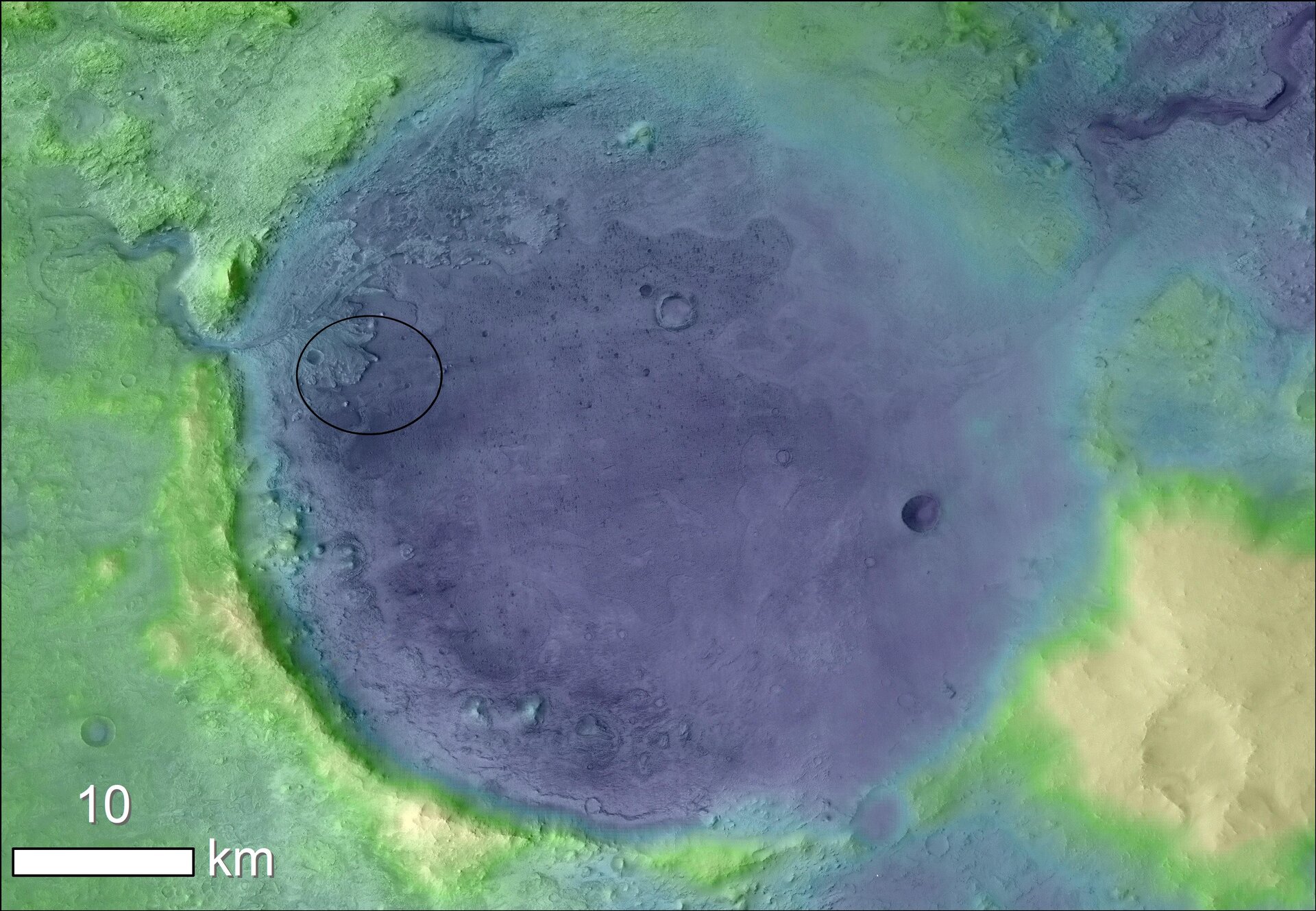 The ancient lakeshore of Jezero crater on Mars

Two recent studies based on ESA's Mars Express observations of Jezero crater have shed light on how and when this intriguing area formed – and identified the regions most likely to reveal signs of ancient life.

The crater rim stands out clearly in this colour map, making it easier to spot the shoreline of a lake that dried up billions of years ago. The oval indicates the landing ellipse, where the rover will be touching down on Mars. Scientists are interested in studying this shoreline because it may have preserved fossilised microbial life, if any ever formed on the Red Planet.

This image was created using data from a combination of instruments and spacecraft: NASA's Mars Global Surveyor and its Mars Orbiter Laser Altimeter (MOLA); NASA's Mars Reconnaissance Orbiter and its Compact Reconnaissance Imaging Spectrometer for Mars (CRISM) and Context Camera (CTX); and the High Resolution Stereo Camera (HRSC) on ESA's Mars Express. It was originally published in November 2019.