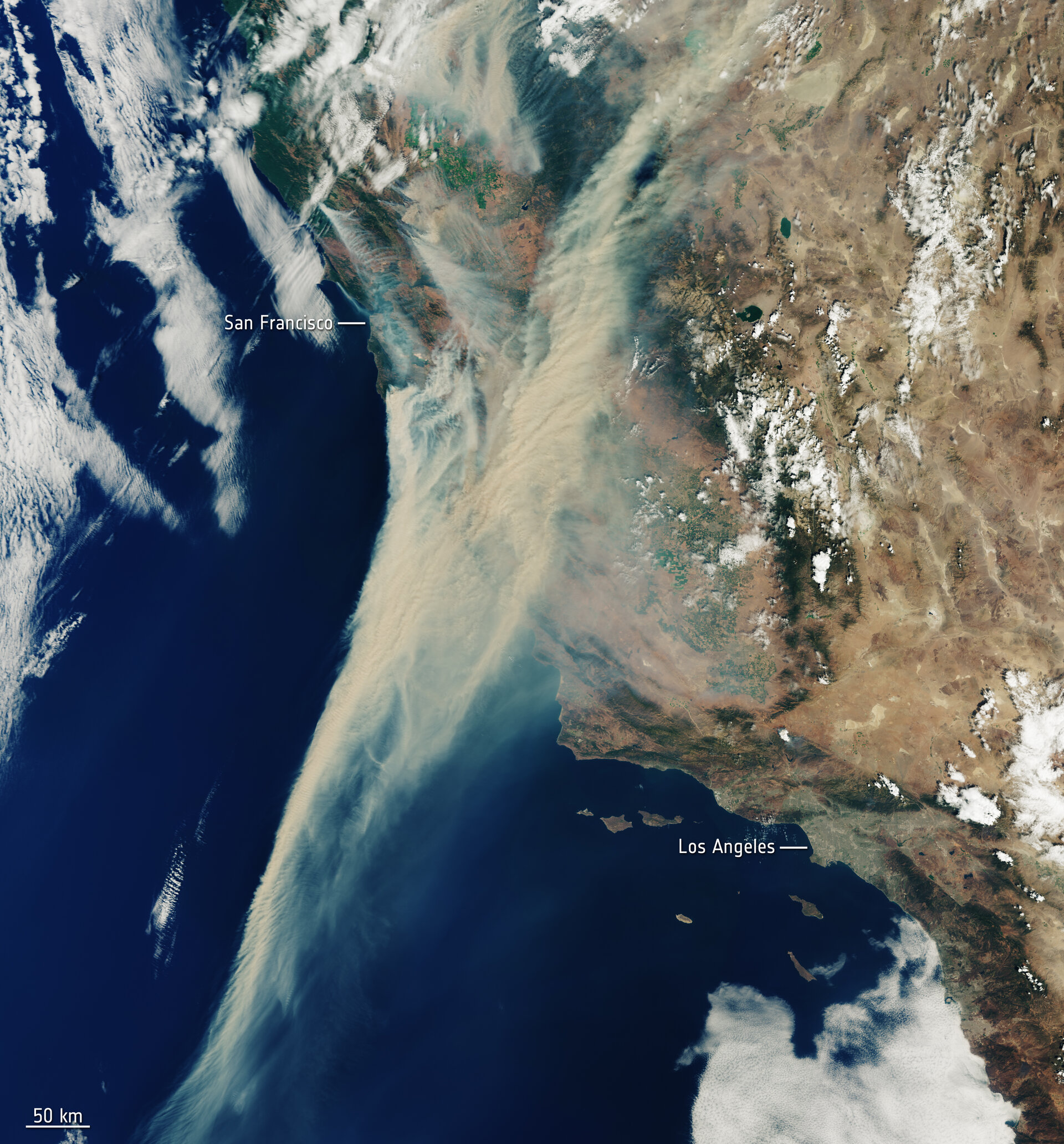 Captured on 19 August 2020, this Copernicus Sentinel-3 image shows the extent of the smoke from fires currently ablaze in California, US. Amid the blistering heatwave, which is in its second week, there are around 40 separate wildfires across the state. Record high temperatures, strong winds and thunderstorms have created the dangerous conditions that have allowed fires to ignite and spread. The fires are so extreme in regions around the San Francisco Bay Area that thousands of people have been ordered to evacuate.