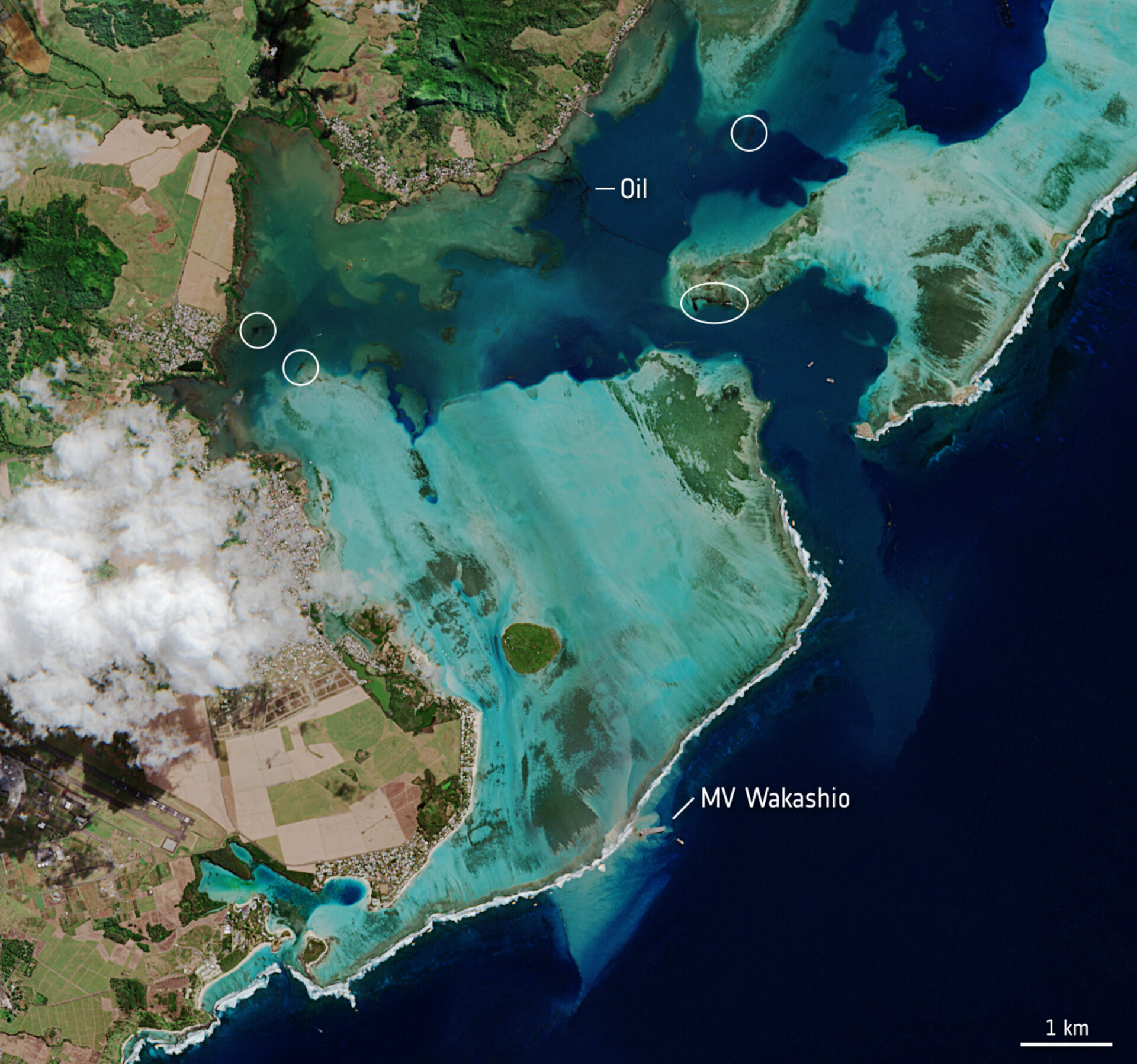 The island of Mauritius has declared a ‘state of environmental emergency’ after a grounded vessel began leaking tonnes of oil into the Indian Ocean. Satellite images, which show the dark slick spreading in the nearby waters, are being used to monitor the ongoing spill.

The MV Wakashio vessel, reported to be carrying nearly 4000 tonnes of oil, ran aground on a coral reef on Mauritius’s southeast coast on 25 July. According to media reports, more than 1000 tonnes of fuel have leaked from the cracked vessel into the ocean – polluting the nearby coral reefs, as well as the surrounding beaches and lagoons.

In this image, captured on 11 August by the Copernicus Sentinel-2 mission, the MV Wakashio, visible in the bottom of the image, is stranded close to Pointe d’Esny, an important wetland area. The oil slick can be seen as a thin, black line surrounded by the bright turquoise colours of the Indian Ocean. Oil is visible near the boat, as well as other locations around the lagoon.

In response to the spill, the International Charter Space and Major Disasters was activated on 8 August. The charter is an international collaboration that gives rescue and aid workers rapid access to satellite data in the event of a disaster. A full report that provides a preliminary assessment of the oil spill, using imagery from the Copernicus Sentinel-2 mission, is available here.

Copernicus Sentinel-2 is a two-satellite mission to supply the coverage and data delivery needed for Europe’s Copernicus programme. The mission’s frequent revisits over the same area and high spatial resolution allow changes in water bodies to be closely monitored.