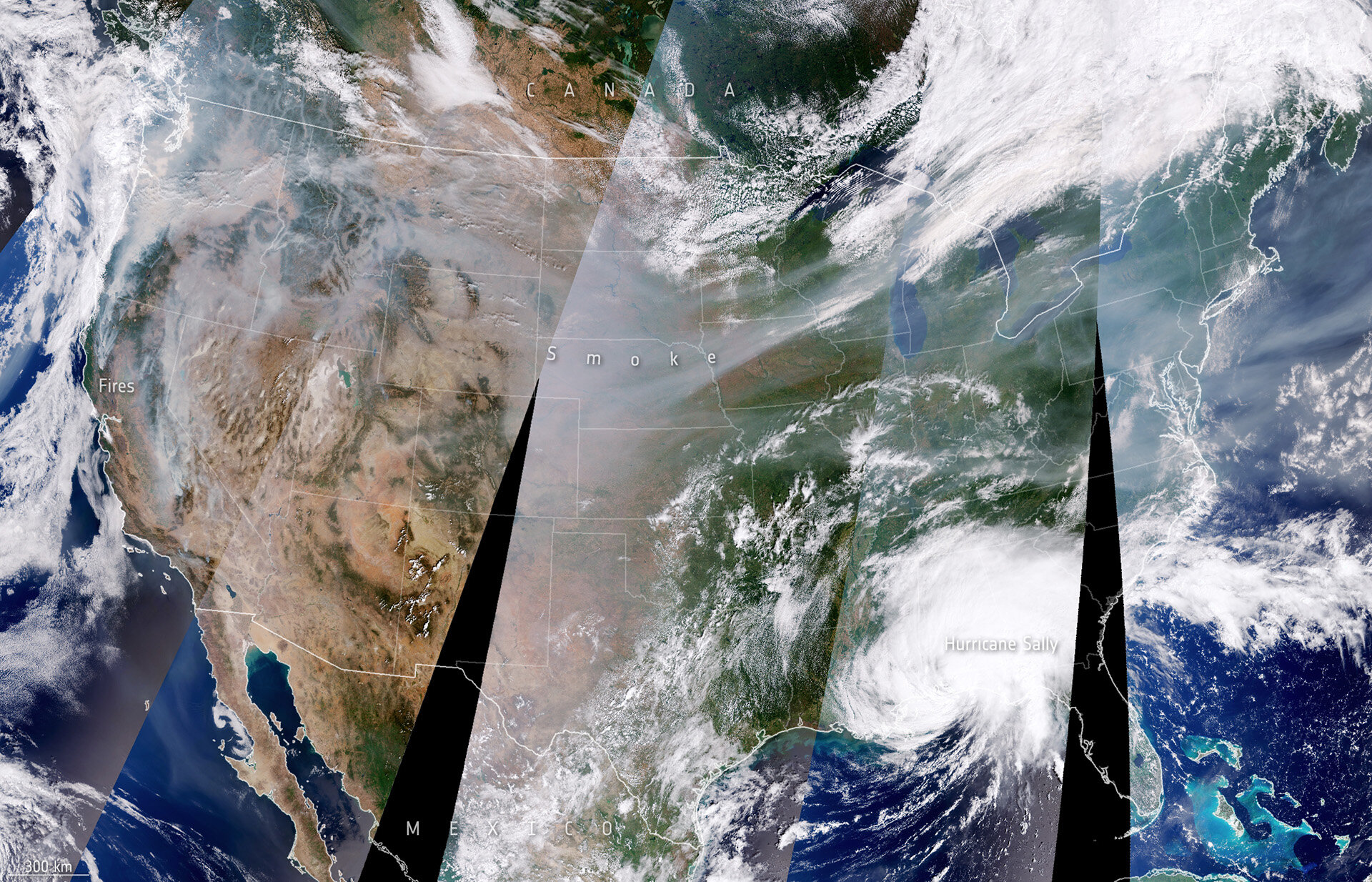 Between fire and hurricane

In this image, captured by the Copernicus Sentinel-3 mission on 16 September, fires can be seen burning on the west coast of the US, with smoke travelling eastwards across the country. Meanwhile, Hurricane Sally is visible making landfall on the east coast in the right of the image. Hurricane Sally hit Gulf Shores in Alabama on Wednesday, with wind speeds of around 169 km/hr recorded, before decreasing into a tropical depression. The black patches in the image indicate a lack of data.