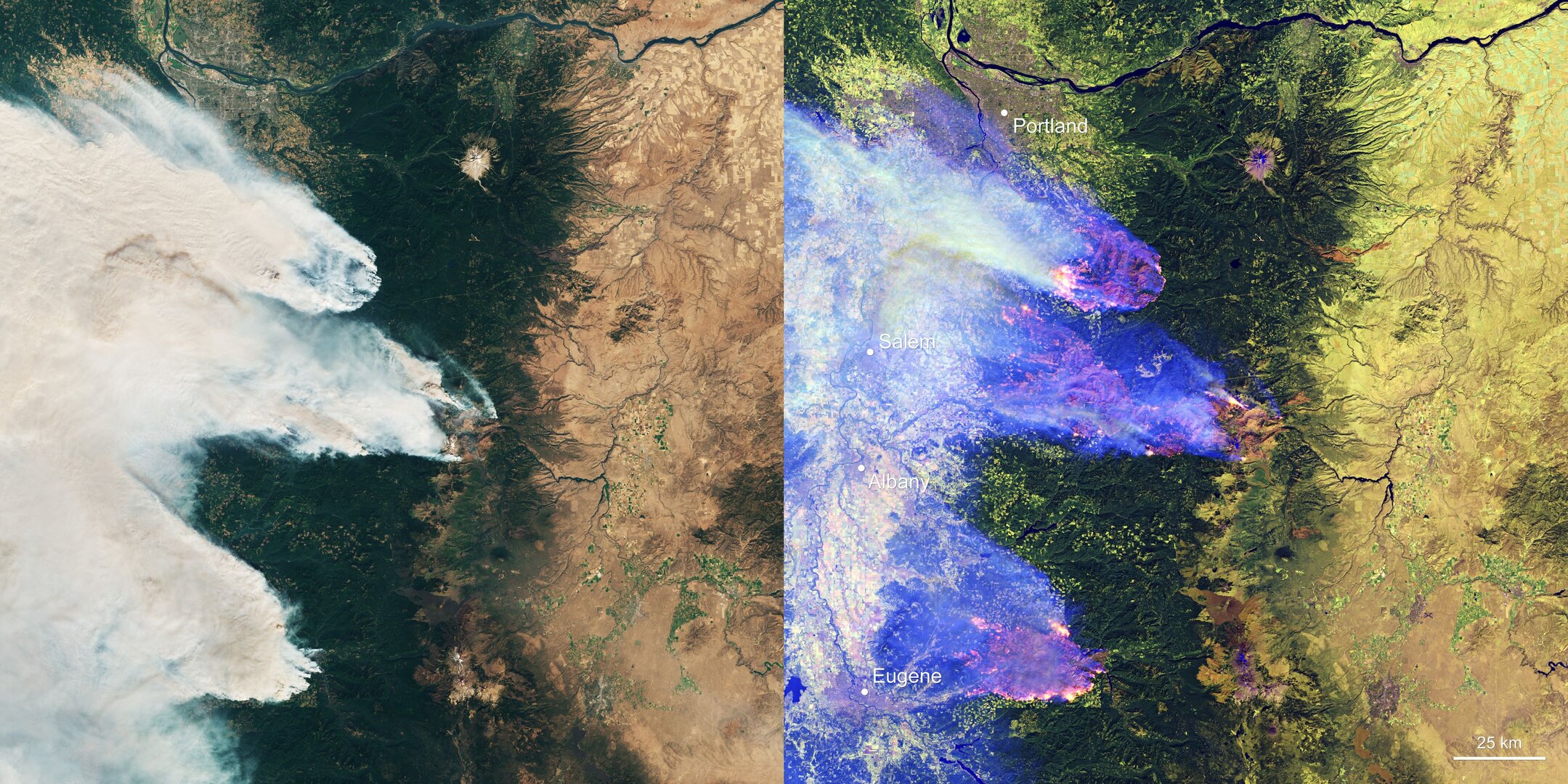 Optical images captured by the Copernicus Sentinel-2 mission have been used to image the fires in the United States. Each of the two satellites carry a high-resolution camera that images Earth’s surface in 13 spectral bands.

This image, captured on 9 September 2020, shows some of the wildfires over Oregon. The view on the left shows the affected area captured by the camera-like instrument onboard the satellite, while the composite on the right utilises the SWIR bands of the same instrument which penetrate the smoke of the fire, and provide a clearer view of the fire front and affected area at the time of the acquisition.