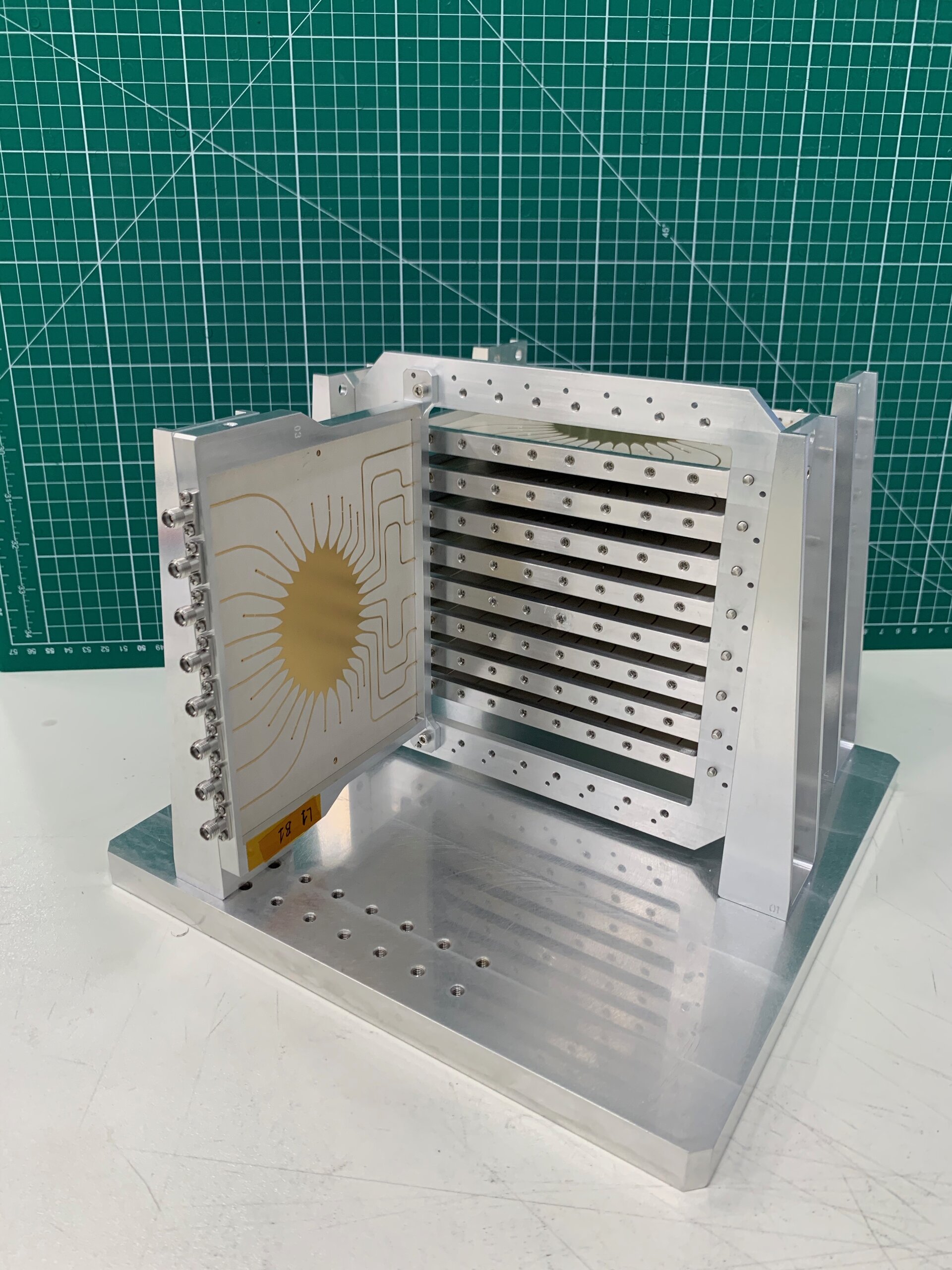 This highly compact beam forming network has been designed for multi-beam satellite payload antennas. Generating a total of 64 signal beams outputted from a single antenna, this novel design could cover the entire Earth with multiple spot beams from geostationary orbit.

“The traditional solution for a multibeam telecommunications satellite payload would be a single feed per signal beam, but only a limited number of feeds are able to be accommodated in front of the satellite antenna, with each feed requiring a dedicated amplifier,” explains Petar Jankovic of ESA’s Radio Frequency Equipment and Technology section.

“This is a highly integrated, lower mass alternative, developed with Airbus in Italy.”

What looks like a sunburst design is actually a ‘Rotman’ lens, laid down on a printed circuit board, used to direct and focus microwaves. These are commonly employed in terrestrial radar systems, for instance aboard high-end drones or in-car radar, and are also being looked at for future 5G base stations.

A single flat Rotman lens allows beam scanning along a single axis. For this design, eight of these Rotman lenses are stacked horizontally, and eight more are arranged vertically. The result is a two-dimensional array of 64 pencil-shaped signal beams – and this architecture can be leveraged up as desired.

“Testing of our prototype demonstrator shows high performance, demonstrating low insertion loss and with the measured worst-case return loss for the beam ports and array ports always better than 15 decibels throughout the full Ka- operative band,” adds Petar. “For all our measured beams very regular pointing has been achieved.”

Almost perfect alignment between simulation and measurement results have been achieved, guided by ESA in-house software that converts mathematical models of the lenses into geometric structures, combined with commercial software used to simulate the prototype in advance of its manufacture and testing.

Developed through ESA’s long-running Advanced Research in Telecommunications Systems (ARTES) programme, this beam forming network demonstrator was designed and built using space-qualified solutions, materials and processes. The next step would be to manufacture a qualification model to qualify the design at equipment level for flight.