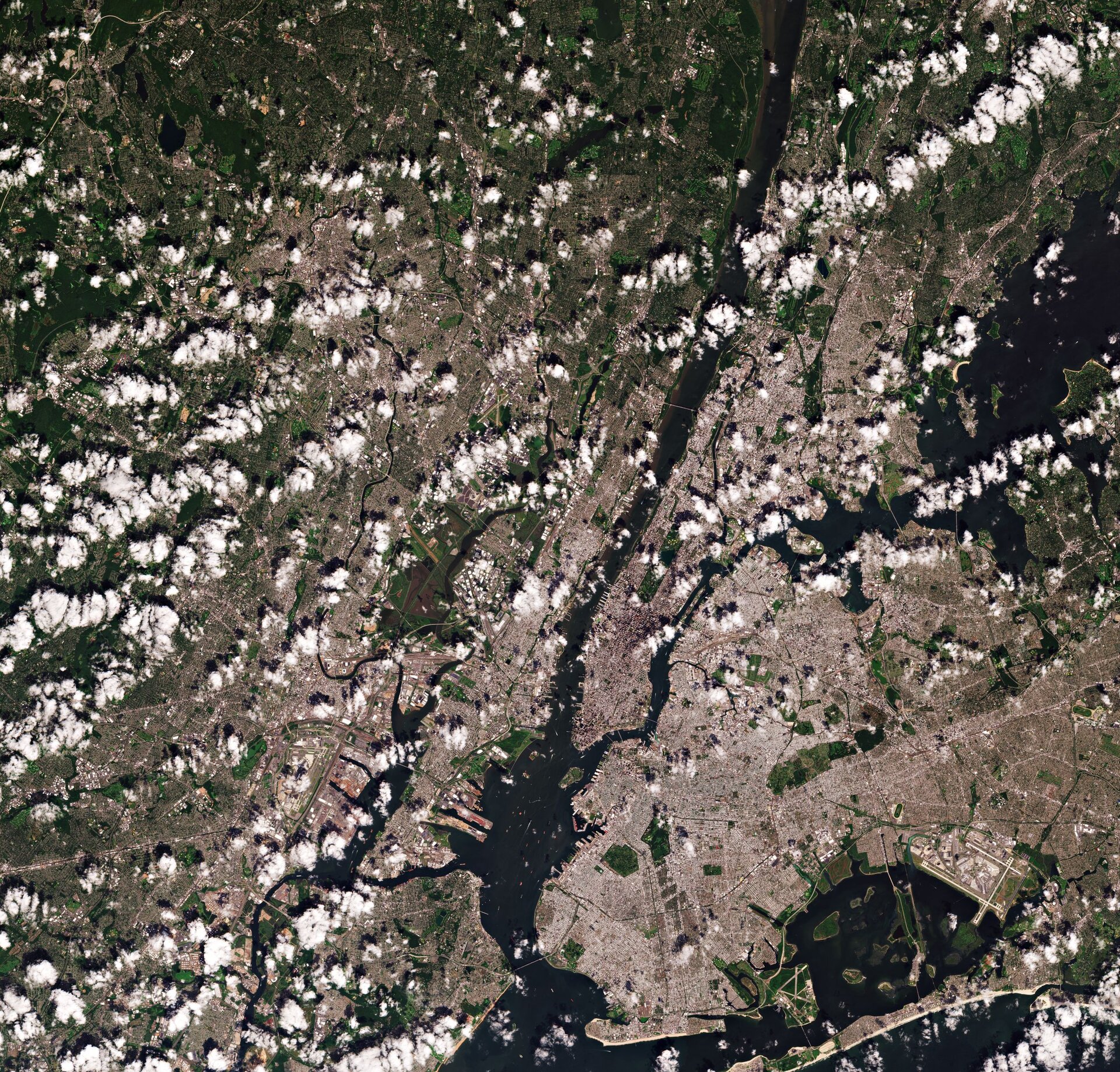 The Copernicus Sentinel-2 mission takes us over New York City – the most populous city in the United States.

With a population of over 8 million people distributed over an area of around 780 sq km, New York City is the most densely populated major city in the US. Situated on one of the world’s largest natural harbours, New York City is composed of five boroughs.

In this image, captured on 26 August 2019, the island of Manhattan is visible in the centre, bounded by the Hudson, East and Harlem rivers. In the middle of Manhattan, Central Park can be seen as a long, green rectangle with a large lake in the middle.

The Brooklyn and Queens boroughs can be seen on the right. John F. Kennedy International Airport –the busiest international air passenger gateway into North America – can easily be identifiable in the lower right of the image.

The Bronx is visible north of Manhattan, while Staten Island can be seen in the lower left of the image. New Jersey dominates the upper left side of the image.

New York City’s 900 km of shoreline border the ocean, rivers, inlets and bays, and a harbour that is home to one of the largest ports on the east coast. Like many other cities that border an ocean, New York is at risk of flooding due to rising sea levels.

Data show that since 1993, the global mean sea level has risen, on average, just over 3 mm every year. Even more worryingly, this rate of rise has increased in recent years.

The upcoming Copernicus Sentinel-6 Michael Freilich satellite, set to launch in November from the Vandenberg Air Force Base in California, US, is the first of two identical satellites that will provide observations of sea level change.

Each Sentinel-6 satellite carries an altimeter that works by measuring the time it takes for radar pulses to travel to Earth’s surface and back again to the satellite. Combined with precise satellite location data, altimetry measurements yield the height of the sea surface.