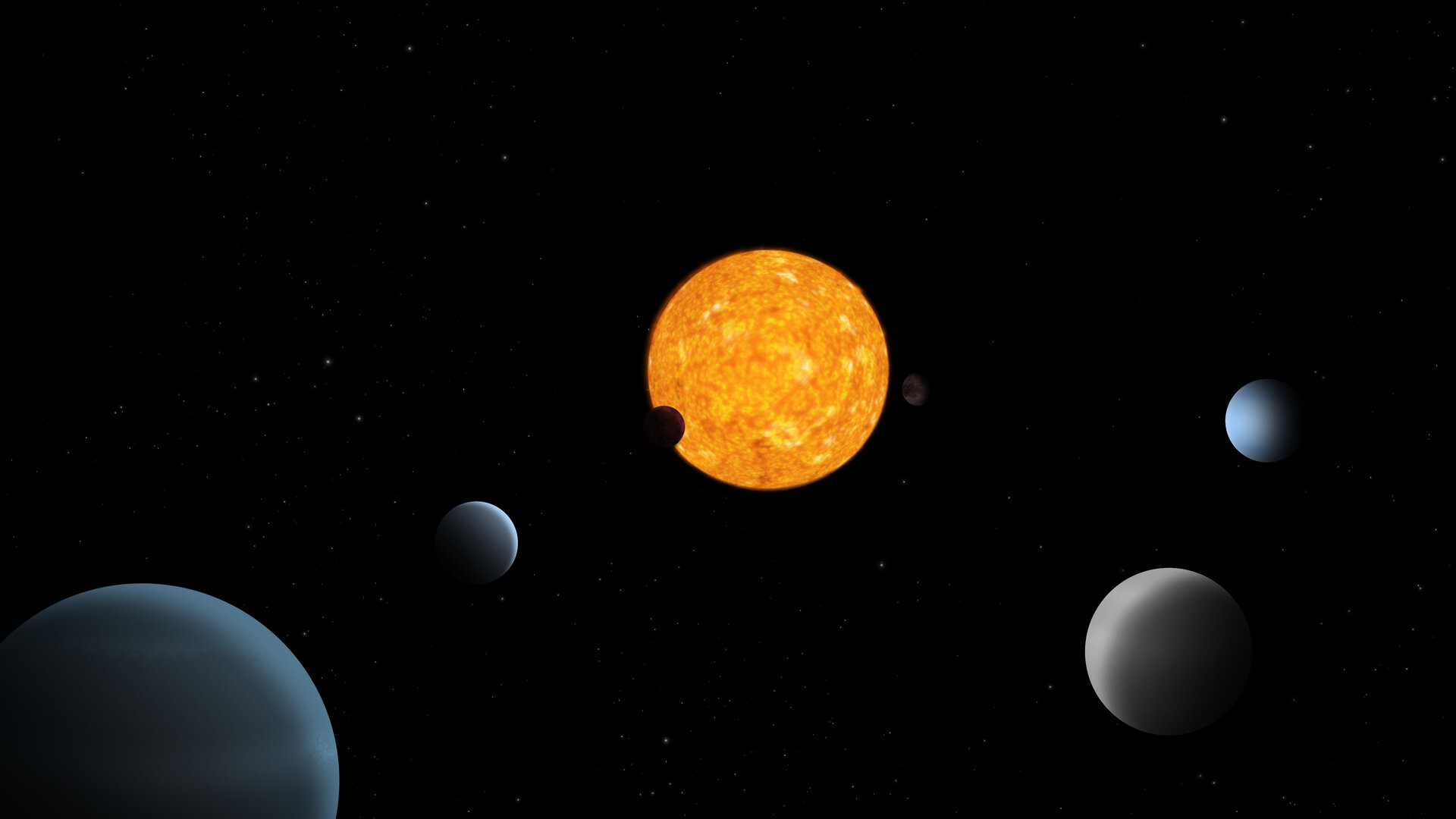 This is an artist’s impression of the TOI-178 planetary system, which was revealed by ESA’s exoplanet watcher Cheops.

The system consists of six exoplanets, five of which are locked in a rare rhythmic dance as they orbit their central star.

The two inner planets have terrestrial densities (like Earth) and the outer four planets are gaseous (with densities like Neptune and Jupiter).

The five outer planets follow a rhythmic dance as they move in their orbits. This phenomenon is called orbital resonance, and it means that there are patterns that repeat themselves as the planets go around the star, with some planets aligning every few orbits.

While the planets in the TOI-178 system orbit their star in a very orderly manner, their densities do not follow any particular pattern. One of the exoplanets, a dense, terrestrial planet like Earth is right next to a similar-sized but very fluffy planet ­­– like a mini-Jupiter, and next to that is one very similar to Neptune.

Astronomers did not expect to find this lay-out in a planetary system, and this discovery challenges current theories of planet formation.

In this artist impression, the relative sizes of the planets are to scale, but not the distances and the size of the star.