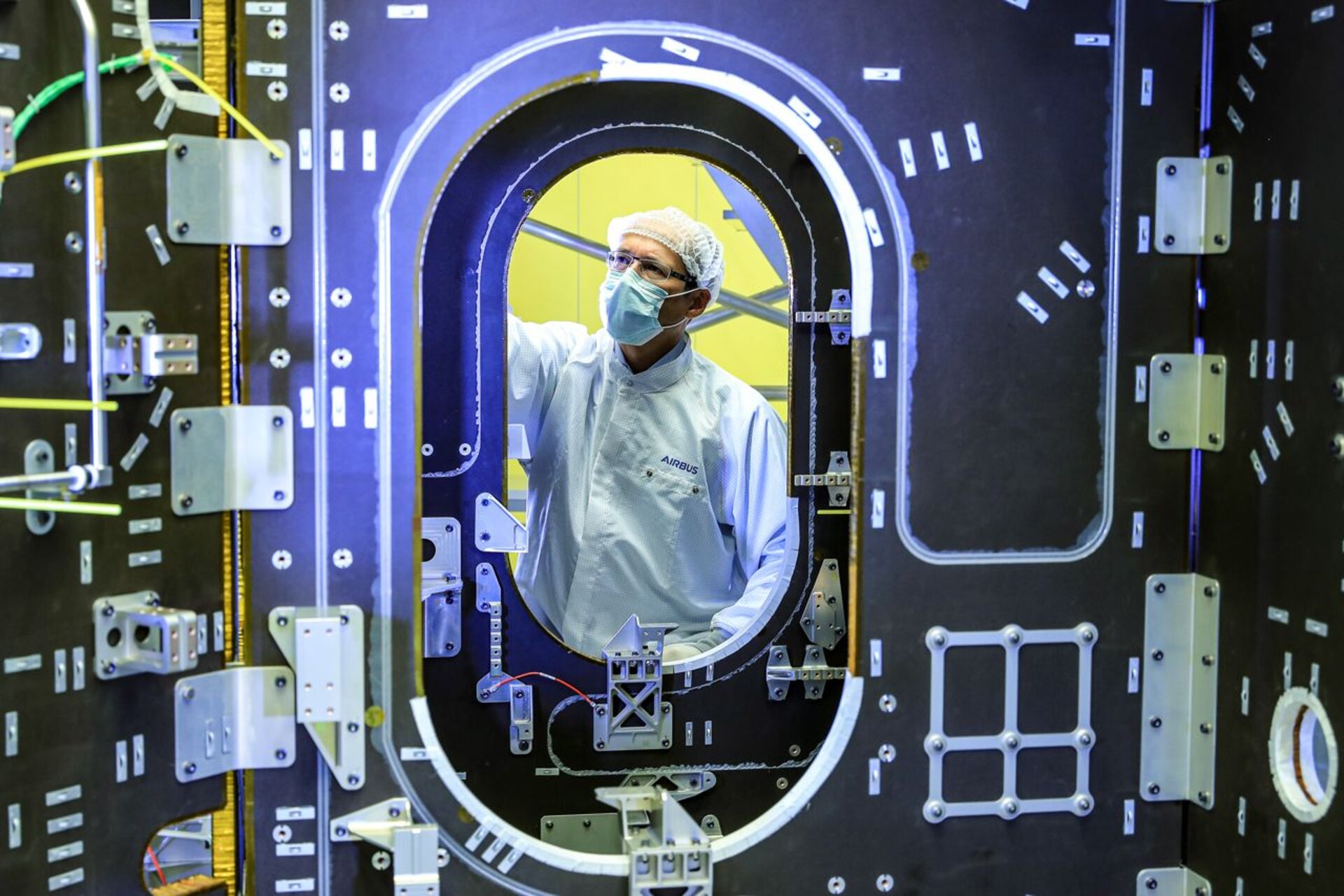 At your Service Module

The second European Service Module is prepared for shipment to NASA’s Kennedy Space Center in Florida, USA this week at Airbus facilities in Bremen, Germany while the third service module (imaged) is set to begin the integration phase. Made up of components from ten European countries, ESM-2 will power the first crewed flight to the Moon on the Artemis II mission.

The European Service Modules are a key element of the Orion spacecraft, the first to return humans to the Moon since the 1970s.

Built by the brightest minds in Europe, the module provides propulsion, power and thermal control and will supply astronauts with water and oxygen. The ESM is installed underneath the Crew Module Adapter and Crew Module and together they form the Orion spacecraft.

ESM-2 is currently in route to Florida on an Antonov An-124 cargo aircraft, where NASA is finalising preparations for the launch of Artemis I. The first European Service Module has long since been mated with the crew module to form the first Orion spacecraft ready to launch to the Moon. It will soon be integrated on top of the Space Launch System rocket in its final preparations for Artemis I, during which it will be put to the test when it powers the uncrewed maiden flight of the Orion spacecraft on an orbit which will go as far as 64 000 km behind the Moon, around, and back.

ESA is delivering up to six modules to NASA, with three more currently under negotiation. These Artemis missions will allow for assembly and service of the lunar Gateway.

Airbus is ESA’s prime contractor for building the first six service modules. The third European Service Module is at the start of its integration phase where equipment, brackets and harness will be added to the structure.