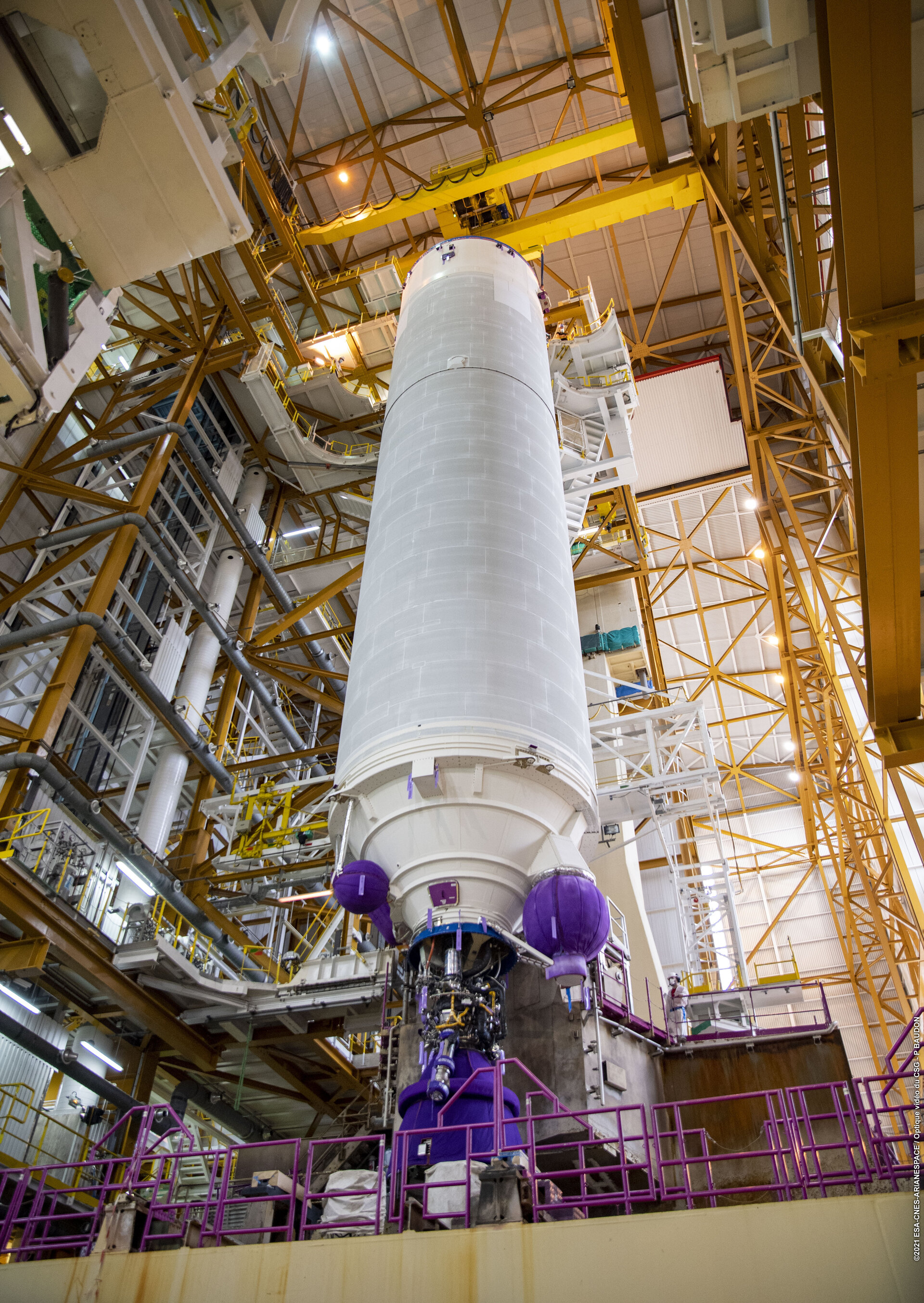 Ariane 5 parts are coming together in the launch vehicle integration building for the launch of Webb from Europe’s Spaceport in French Guiana.

The Ariane 5 core stage is 5.4 m diameter and 30.5 m high. On 6 November it was taken out of its shipping container and raised vertical.

At launch it will contain 175 t of liquid oxygen and liquid hydrogen propellants. With its Vulcain 2 engine it provides 140 t of thrust. It also provides roll control during the main propulsion phase. This rolling manoeuvre will ensure that all parts of the payload are equally exposed to the sun which will avoid overheating of any elements of Webb.

Two boosters followed. They are 3 m in diameter and 31 m high. This week they will be positioned on the launch table and then anchored to the core stage. Engineers will then carry out mechanical and electrical checks. Each booster contains 240 t of solid propellant, together they will provide 1200 t of thrust which is 90 percent of the thrust at liftoff.

On the countdown to launch, the Vulcain 2 engine is ignited first. A few seconds later, when it reaches its nominal operating level, the two boosters are fired to achieve a thrust of about 1364 t at liftoff.

Webb will be the largest, most powerful telescope ever launched into space. As part of an international collaboration agreement, ESA is providing the telescope’s launch service using the Ariane 5 launch vehicle. Working with partners, ESA was responsible for the development and qualification of Ariane 5 adaptations for the Webb mission and for the procurement of the launch service by Arianespace.

Webb is an international partnership between NASA, ESA and the Canadian Space Agency (CSA).

These activities mark the beginning of a five-week campaign to prepare the Ariane 5 launch vehicle which runs in parallel with teams preparing Webb, which started three weeks earlier. Soon Webb will meet Ariane 5 and teams will unite for the final integration for launch.

Find out more about Webb in ESA’s launch kit.