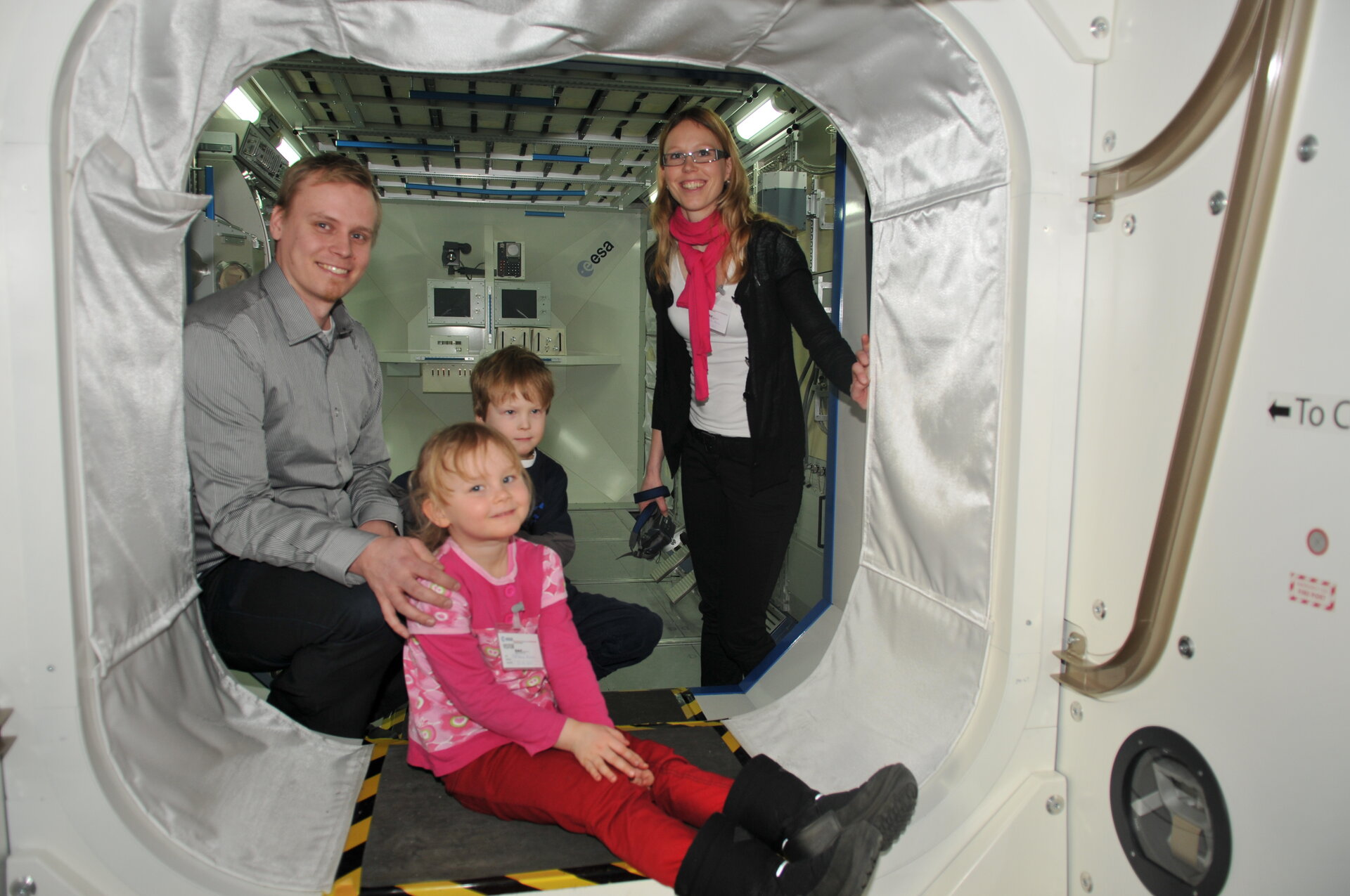 On Friday, Esa Alanen and family visited the European Astronaut Centre in Cologne, as guests of ESA, to say thanks for relinquishing the Twitter name www.twitter.com/esa.

When ESA went to open its Twitter account last year, the name was already taken. The ESA web team was stuck – ‘European Space Agency’ is too long for the Twitter character limit and no other name would do. It was time for some detective work and it was no surprise that the owner turned out to be a Finn: Esa is a common male name in Finland.

"I took the account some years ago, because I needed it for my work," explained Esa, who works at Finnish telecom giant Nokia as product manager and follows all new social media channels as part of his work. "In fact, I was surprised to find that no other Esa had taken the account. Only later I realised that ESA existed and didn’t have that address."

In thanks for his Twitter address, ESA offered Esa and family a VIP visit to the European Astronaut Centre (EAC) in Cologne, and the chance to meet a real astronaut. This was especially fascinating for Esa’s six-year-old son Johannes, who "wants to be a spaceman".

Before the visit to EAC, Johannes thought that the main tasks of the astronauts in space were "fixing things and wearing spacesuit - especially a jacket", but after hearing about being an astronaut from a real one, Michel Tognini, he learned that there is a lot more to it. "Johannes may one day want to be in the ESA astronaut group because of this visit," said Esa.

The whole family, Esa, Johannes, mother Katja and daughter Matleena, were welcomed by former astronaut Michel Tognini, Head of EAC, and then taken around the different training facilities. "The full-size model of the ATV cargo vehicle was impressive," said Esa. "Visiting the Columbus module and being in the real space station module was really interesting".

The Alanen family also saw spacewalk training in the huge water tank at EAC and watched a 3D movie on the ISS and ESA.

The highlight of the day was sitting in the commander's seat of the Soyuz spacecraft. "For an engineer, seeing the instruments and switches in the capsule was amazing. They were more robust and simpler than I have thought, but it seems they have to be. Flying a spacecraft is not totally automatic!"

Thanks to Esa from ESA!