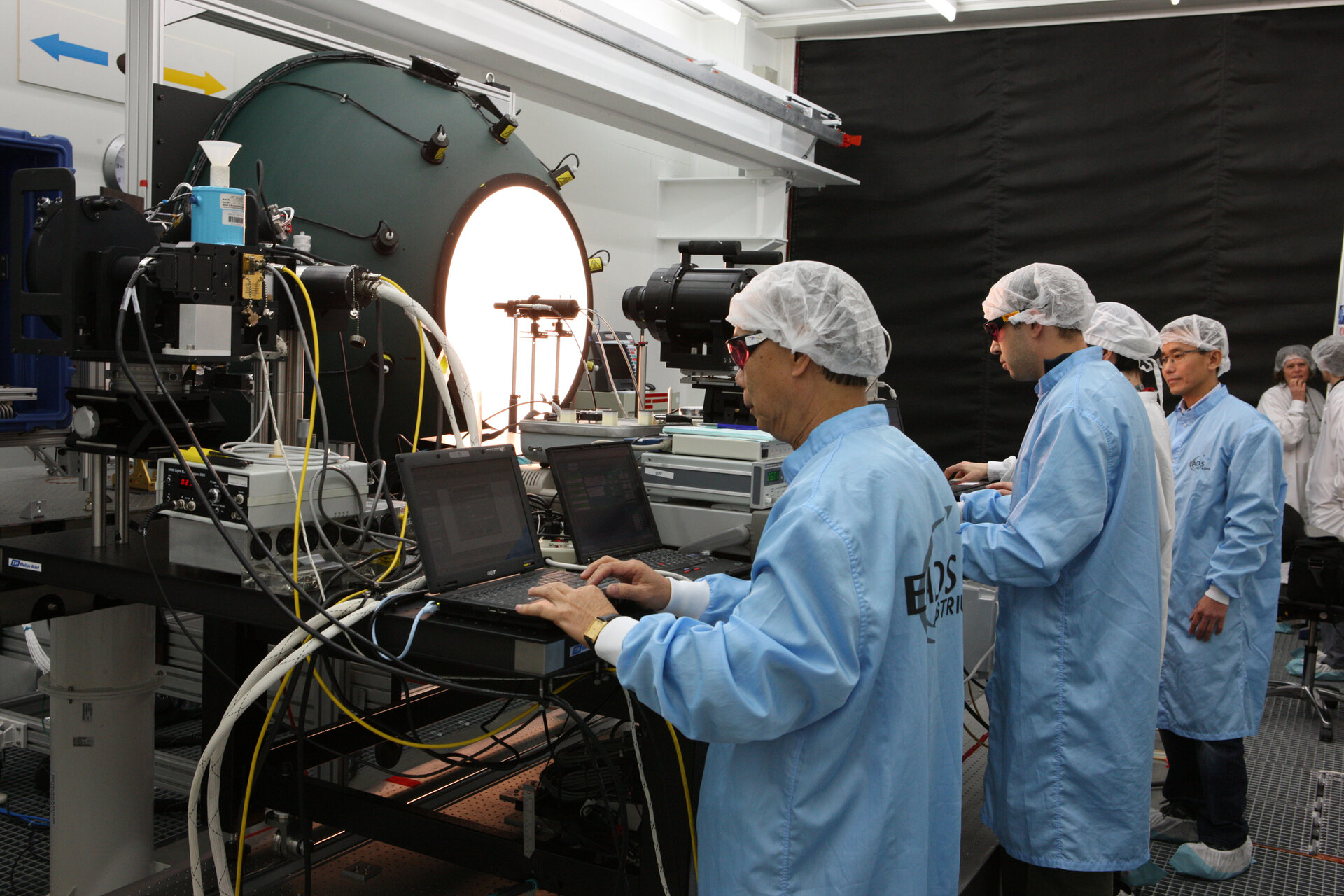 With the first satellite slated for launch in 2014, this innovative mission is dedicated to supplying multispectral, high-resolution optical images for monitoring changes to the landscape, for forestry and agriculture and to support emergency efforts in response to natural and manmade disasters.

“Many satellites carrying optical instruments have reduced spectral capabilities and relatively narrow swaths, which limits their usefulness for practical applications,” says ESA’s Bianca Hoersch, who will be the Mission Manager for Sentinel-2 after in-orbit commissioning.

“Once both satellites are in orbit the mission offers an exceptional revisit capability of 5 days at the equator and 2–3 days over mid-latitudes.”

Given the similar mission concept of the US Landsat Data Continuity Mission (LDCM), ESA and NASA entered into a collaborative agreement.

Francois Spoto, the Sentinel-2 Project Manager, said, “Thanks to the cooperation between the two agencies, we are aiming to improve the interoperability of the three satellites, reducing the average revisit time to just three days over the equator and generate comparable data products.”

This rather ambitious approach entailed two main steps: “We joined forces to cross-calibrate the two different instruments so that we can generate data with comparable radiometric performance over similar ground scenes.

“We will define the necessary data reformatting to allow NASA and ESA to generate products consistently using data from any of the three satellites.”

Following the first round of calibration activities carried out by NASA engineers on the LDCM instrument in the US, the NASA team went to France to work with the Astrium team in Toulouse, who is responsible for the industrial development of the Sentinel-2 multispectral sensor.

“Over a month of test activities, the spectral radiances of the Sentinel-2 instrument were measured accurately and independently,” added Philippe Martimort, Sentinel-2’s Mission Engineering and Payload Manager.

“The two datasets will be used by NASA and ESA in combination with data that will be acquired during the in-orbit commissioning phases of Sentinel-2 and LDCM. Ultimately, this will enable the synergistic use of data for the end users.

“Needless to say, we are very happy to see that LDCM was launched successfully yesterday.”

NASA’s Brian Markham said, “On behalf of NASA and the joint NASA, National Institute of Standards and Technology and University of Arizona team, we would like to express our appreciation to ESA and Astrium for the successful campaign.

“This, combined with upcoming on-orbit comparisons, will allow the scientific community to use data from the two instruments synergistically, without having to compensate for differences between them.”