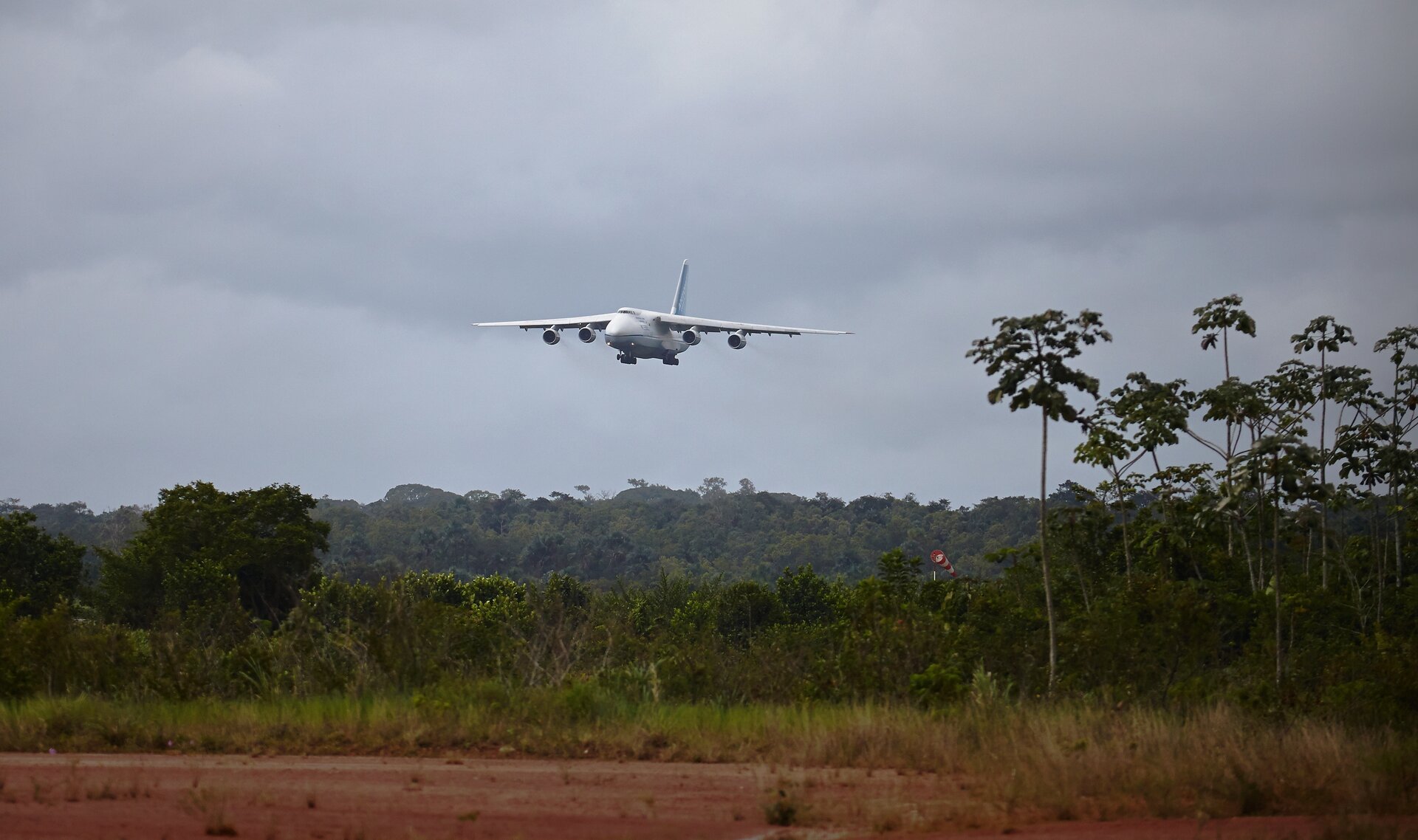 The Sentinel-1A radar satellite has arrived at Europe’s Spaceport in French Guiana to be prepared over the coming weeks for launch on 3 April.

Its launch will mark a new shift in Earth observation, focusing on operational missions to support users for decades to come.

This first mission carries an advanced radar sensor to image Earth’s surface through cloud and rain and regardless of whether it is day or night.

Delivered by an Antonov aircraft, it was greeted in Cayenne by heavy rain – rather apt considering this kind of weather will be no obstacle to its imaging capabilities from space.

Despite the weather, teams from Europe’s spaceport, Thales Alenia Space, and the Antonov crew unloaded the containers.

Svein Lokas, ESA’s launch campaign manager, said, “It was great to see our baby arrive safely and everyone worked efficiently to carefully unload the precious cargo.

“We now look forward to unpacking the satellite and getting it ready for its journey into space in a few weeks’ time.”

Once unloaded from the aircraft, the convoy was escorted through Cayenne to the launch site in Kourou.

Sentinel-1 has been left in its container to stabilise after its long journey. It will soon be moved to the ‘high bay’ for unpacking and testing before joining the Soyuz rocket that will take it into space.

Once in orbit, this new mission will deliver vital information for numerous services, from monitoring ice in the polar oceans to tracking land subsidence.

Moreover, Sentinel-1 is specifically designed for responding rapidly to aid emergencies and disasters such as flooding and earthquakes.