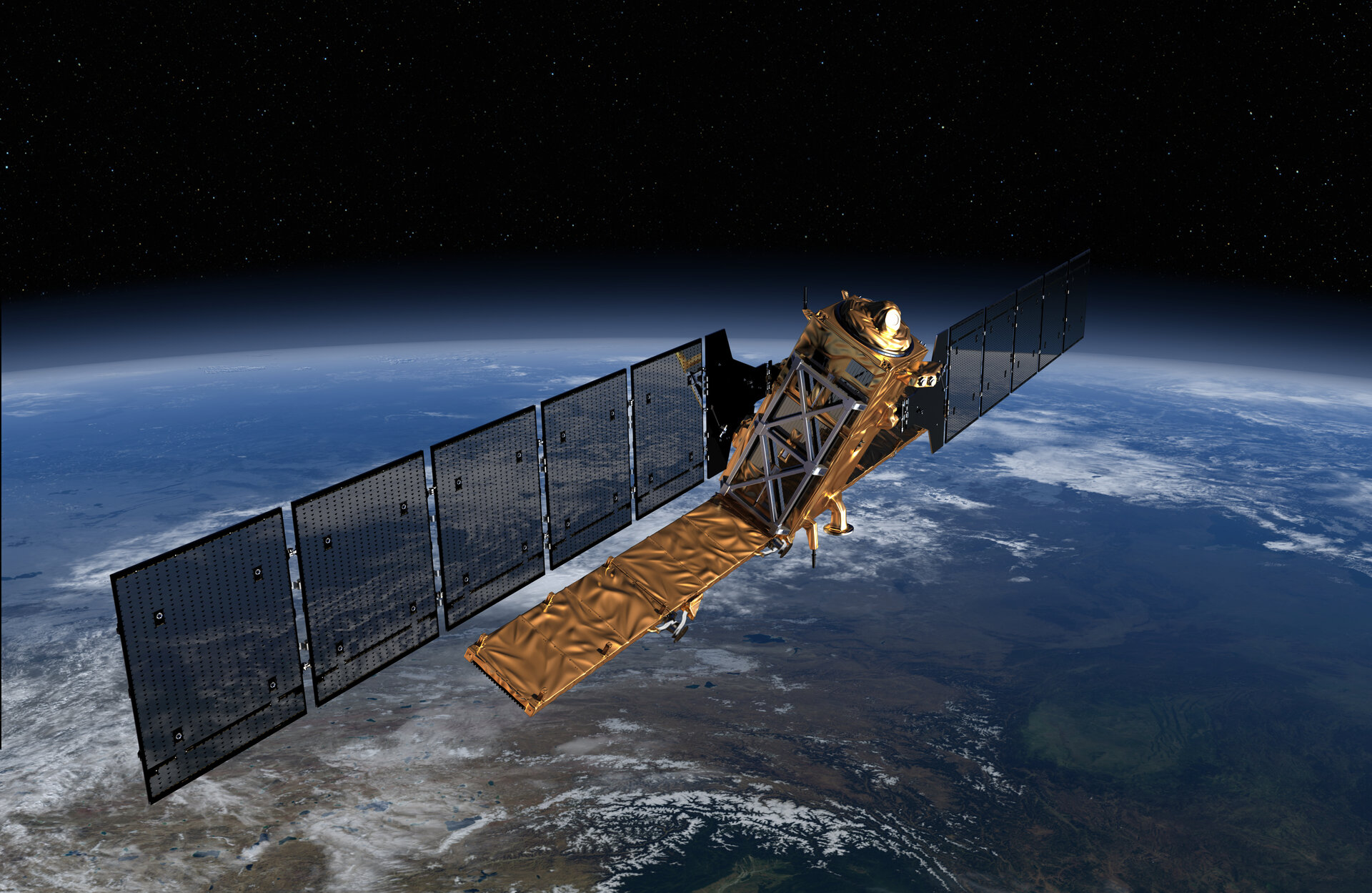 The media had a sneak peek at the first Sentinel satellite today ahead of its launch next spring.

ESA is developing the Earth-observing Sentinel missions to meet the needs of Europe’s Copernicus programme.

The first in the series, Sentinel-1, will provide all-weather, day-or-night radar images for emergency responses, marine and land monitoring, civil security and climate studies, among other applications.

It will ensure the continuity of C-band Synthetic Aperture Radar (SAR) data, building on ESA’s heritage C-band SAR systems on ERS-1, ERS-2 and Envisat. Sentinel-1 will provide global coverage with a focus on Europe, Canada and the main shipping routes, with data delivered within a few hours of acquisition – a big improvement over existing SAR systems.

The mission will fly a pair of satellites, the first of which is planned to be launched next spring from Europe’s Spaceport in Kourou, French Guiana. Its sister Sentinel-1B will follow in 2015.

On Friday, Thales Alenia Space hosted a media event on the mission in Rome, Italy. ESA’s Sentinel-1 Project Manager, Ramón Torres, gave an overview of the satellite, designed by ESA and realised by European industry.

Earlier this year, the satellite passed a series of thermal tests in vacuum that simulated operations in space. From Rome, Sentinel-1 will travel on 25 November to Thales Alenia Space in Cannes, France, for the next set of tests that will simulate the launch environment as demonstrate its radio-frequency compatibility.

A final test conducted with ESA’s European Satellite Operations Centre in Darmstadt early in 2014 will validate the whole system, before the satellite is shipped to the launch site.