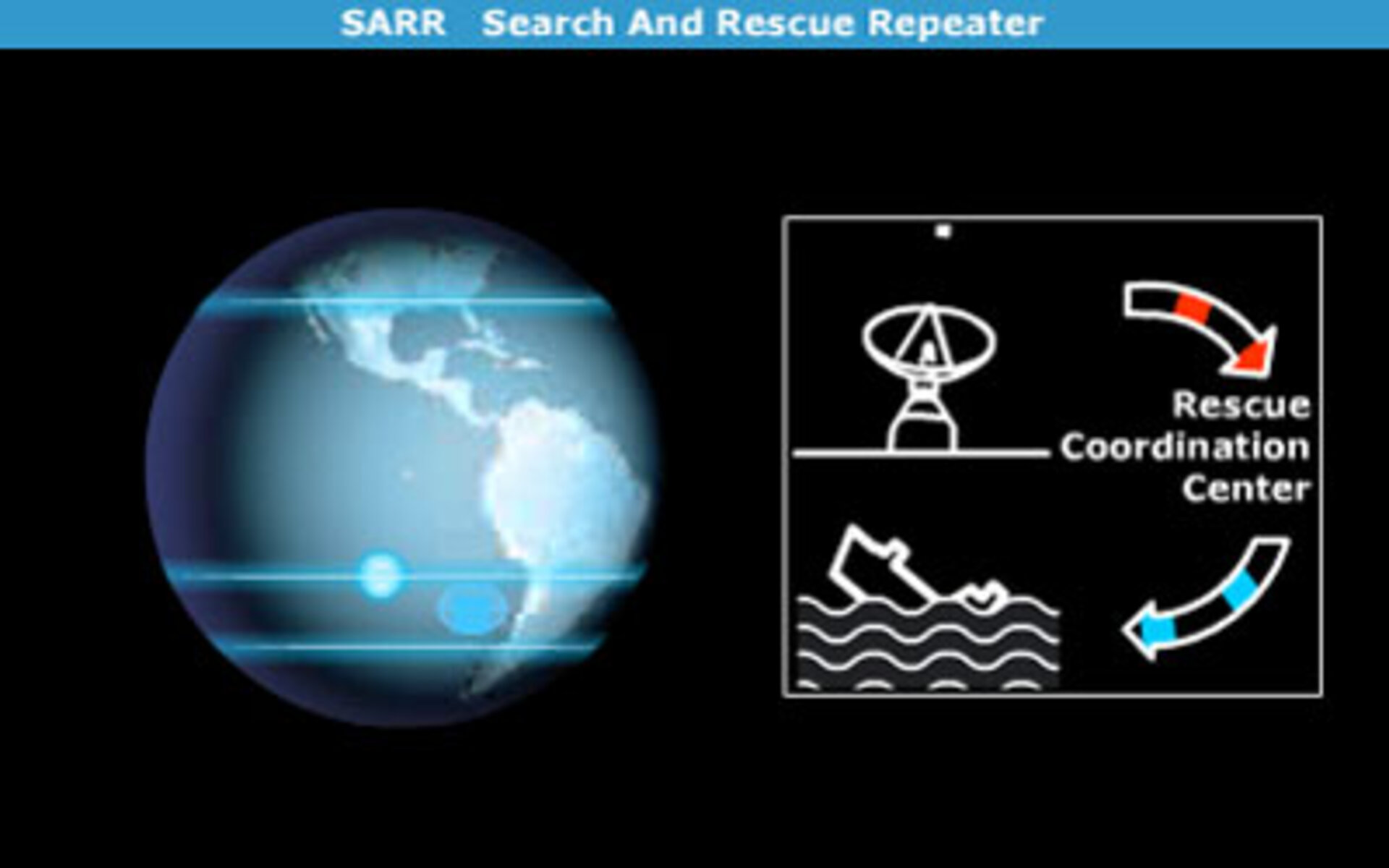 The Search And Rescue Repeater (SARR) instrument is one of the complement of American instruments provided by the National Oceanic and Atmospheric Administration (NOAA) to fly on MetOp-A and B.

The SARR receives and downlinks emergency signals from aircraft and ships in distress. In addition, it provides a downlink for data received by the Search and Rescue Processor (SARP-3). The SARR receives distress beacon signals on three separate frequencies, translates them to L-band and retransmits them to Local User Terminals (LUTs) on the ground. These terminals process the signals, determine location of the beacons, and forward this information to a Rescue Mission Control Centre (MCC).

The Search and Rescue instrument (SARR) is part of the international COSPAS-SARSAT system. It is designed to detect and locate Emergency Locator Transmitters (ELTs), Emergency Position-Indicating Radio Beacons (EPIRBs), and Personal Locator Beacons (PLBs) operating at 121.5, 243 and 406.05 MHz.

The instrument is presently accommodated on various satellites operated by the National Oceanic and Atmospheric Administration (NOAA). The Search and Rescue Repeater (SARR) is provided by the Canadian Department of National Defence (DND). Similar instruments are carried by the Russian COSPAS polar-orbiting satellites.

The SARR detects the signals of the 121.5, 243 MHz emergency beacons, whereas the 406.05 MHZ beacons are located with an accuracy of approximately 4 km (2.5 mi). However, these distress signals can be acknowledged on ground only if the satellite is in view of a ground station, known as a Local User Terminal (LUT).

The 121.5 MHz and 243 MHz beacons are located with an accuracy of approximately 20 km (12.4 mi) The LUT forwards the located information to a corresponding Mission Control Centre (MCC), which after processing will alert a nearby Rescue Coordination Centre. At the beginning of 2001, the worldwide population was estimated at 600 000 for the 121.5 MHz beacons and 250 000 for the 406.05 MHz beacons. Forty LEOSAR system Local Users Terminals (LEOLUT) and seven GEOSAR system Local Users Terminals (GEOLUT) associated with 23 National Mission Control Centres (MCC) provide the COSPAS-SARSAT operational service.

SARR is provided by the National Oceanic and Atmospheric Administration (NOAA) and the Canadian Department of Defence and developed by EMS Montreal, Canada.