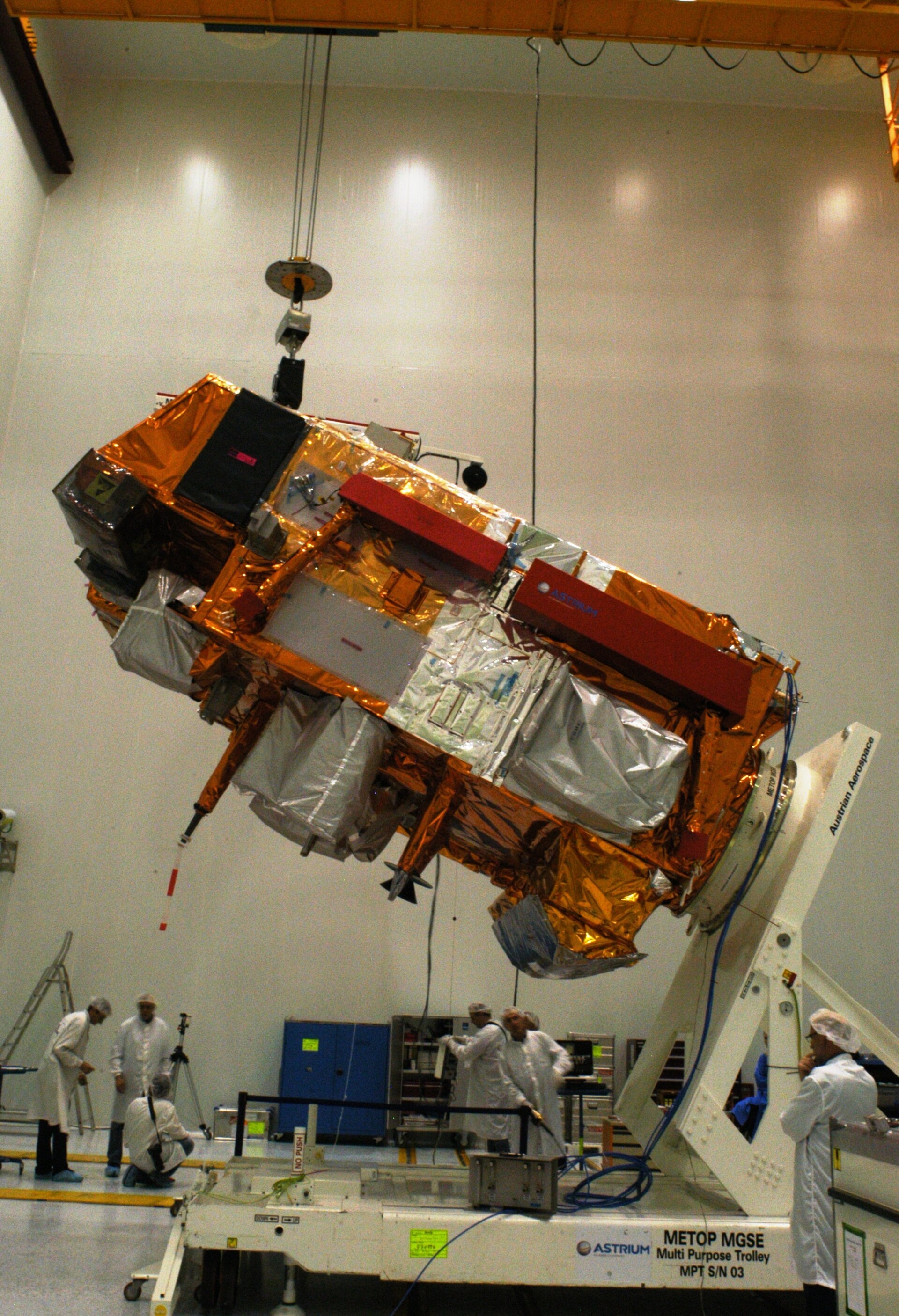 Following the safe arrival of the MetOp-B weather satellite in Kazakhstan, the sophisticated craft is now being carefully assembled and tested before launch on 23 May. MetOp-B will provide essential data for weather forecasting and climate monitoring.

Developed as a joint undertaking between ESA and Eumetsat, the MetOp programme comprises a series of three identical satellites for continuous observations until 2020.

The first in the series, MetOp-A, was launched in 2006 and marked a new era in operational meteorology – it was Europe’s first weather satellite to orbit Earth from pole to pole.

It is now time to launch the second in the series: MetOp-B.

The satellites carry a host of sensitive instruments to provide key information on a wide range of variables such as temperature and humidity, wind speed and direction over oceans, ozone and other atmospheric gases for numerical weather prediction and climate monitoring.

With MetOp-A still in service, the two satellites will orbit in tandem, increasing the wealth of data even further.

MetOp-B arrived at the Baikonur Cosmodrome on 6 March after being transported from Toulouse, France on an Antonov cargo aircraft.

Two separate flights carried the satellite’s solar array and the supporting equipment that is being used to prepare the satellite for launch.

MetOp-B will be launched on a Soyuz rocket with a Fregat upper stage.

Now that the satellite and support equipment has been unpacked and inspected to make sure that it wasn’t damaged in transit, it will spend the next weeks being thoroughly tested before being encapsulated in the rocket fairing.

“The next weeks are extremely important to make sure this advanced satellite is in perfect condition for launch.”

The MetOp satellites are built by a European consortium led by EADS Astrium.

The MetOp programme is Europe’s contribution to a cooperative venture with the US National Oceanic and Atmospheric Administration (NOAA). The satellites are designed to work in conjunction with the NOAA satellite system, flying in complementary orbits to offer maximum coverage.