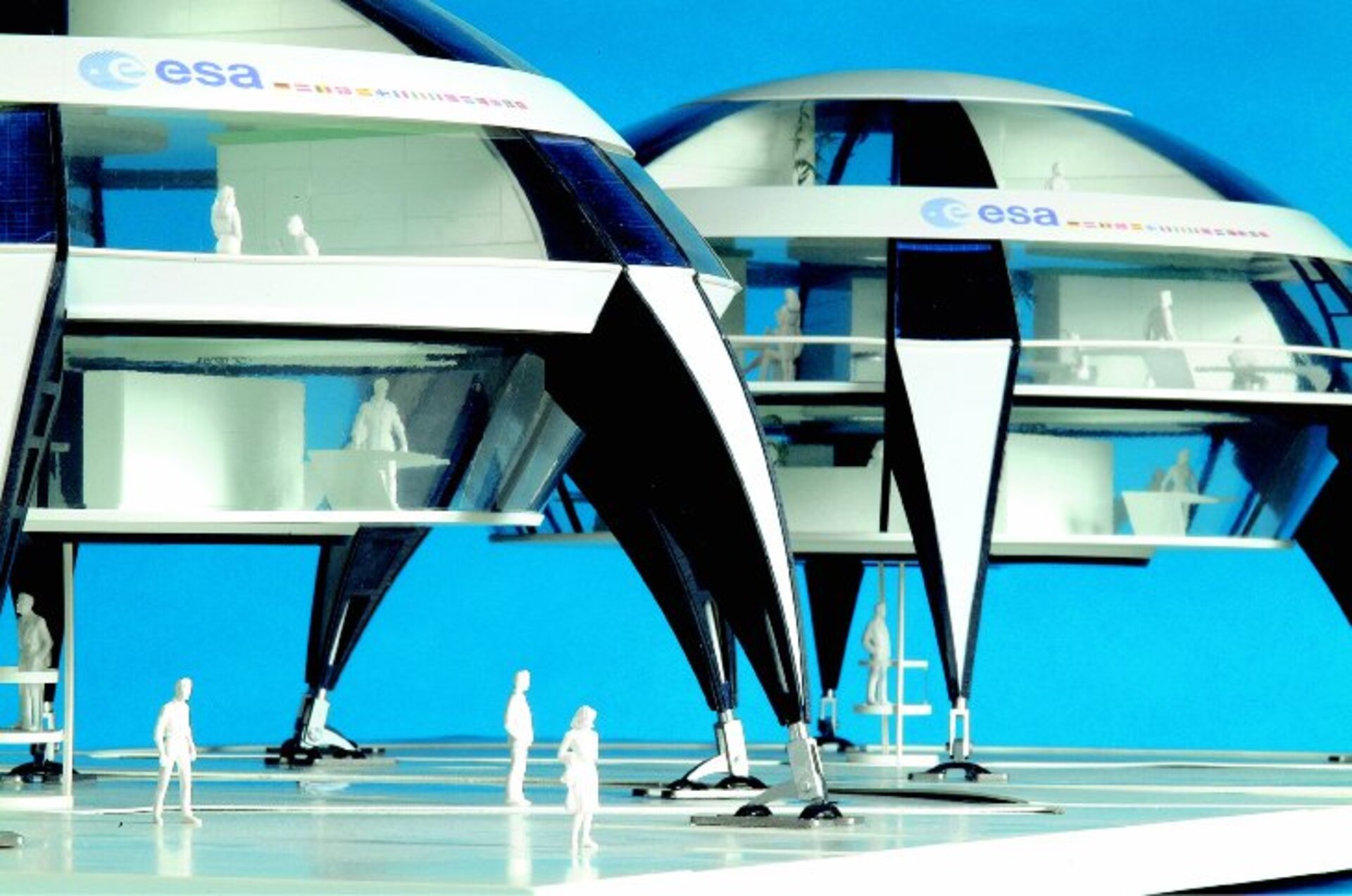 An ESA-designed house that uses technology designed for space could become the basis of the new German Antarctic station, Neumayer-III. The new station has to meet stringent laws set up to protect the Antarctic environment, which is where the use of space technology comes in.

In 2001 the Alfred Wegener Institute that is responsible for polar and oceanic research, and the German Antarctic station, saw the initial design of the SpaceHouse and decided to join with ESA in developing a conceptual design for a polar house based on the SpaceHouse technologies. The design they came up with was presented at the 28th meeting of the Scientific Committee on Antarctic Research that took place in Bremen last month.

The idea of designing a 'SpaceHouse' for use on Earth was actually born five years ago, just after the large earthquake in Izmit, Turkey in 1999. “We started wondering whether some of our advanced technologies developed for space exploitation could provide completely earthquake-safe housing", says Fritz Gampe, Senior Technology Transfer Officer in ESA's Technology Transfer Programme (TTP).

"The initial objective was to use the same ultra-light CFRP (carbon-fibre-reinforced-plastic) composites that ESA uses onboard its spacecraft for large self-sustained structures, antennas and solar panels, to make a self-supporting lightweight shell-like structure able to withstand severe earthquakes. This approach is in sharp contrast to many contemporary design solutions that use ever more steel and concrete to withstand the induced forces."

The design that engineers and designers came up with is a sphere-like structure - one of the most stable self-sustained shapes. As it stands on legs it is isolated from any movements underneath it as it basically glides on top of the Earth. In its current design the SpaceHouse can withstand vibrations from earthquakes of up to 7 on the Richter scale, wind speeds of up to 220 km/h and up to 3 metres of flooding – specifications that came out of discussions with the insurance industry for a typical European location.

The house is designed to be autonomous. It uses energy-efficient solar power as well as advanced systems for recycling and cleaning water. Another idea, now on the drawing board, is to include a system to remove pathogenic particles in the sub-micron range from the air.

It is these factors that make the ESA concept interesting for the Germans. To meet Antarctic environmental requirements, structures must be entirely removable after use and not pollute the environment; they must also be able to withstand the harsh environment. The lightweight design of the SpaceHouse will enable it to withstand snowfalls of up to 1 m/year without sinking into the ice and facilitate its removal after use. It also exceeds the other environmental requirements for buildings in the Antarctic.

From space to everyday use

The technology used in the SpaceHouse design could also be of interest to the European housing market.

"The construction sector is one of Europe’s largest, employing 28% of Europeans with a turnover that is nearly 10% of GDP. Yet it cannot be said that this sector is one of the most technologically innovative, even if in recent years a multitude of new materials and processes have been used," says Fritz Gampe.

"The fact that space habitats have to support life in hostile environments by relying on leading-edge technology means that the latter can also be a valuable source of innovation for the building sector back on Earth."

For instance, construction materials could include highly efficient fireproof material designed for space as well as a thin layer of 'Polymer' – a metal-covered plastic foil that could be applied to any part of the SpaceHouse to protect against lightening.

Through the TTP, ESA has invested the resources necessary to develop the initial SpaceHouse concept and prepare a technology base. The next step is to build a SpaceHouse prototype to demonstrate its wider market potential and its sustainable housing concepts.

Says Pierre Brisson, Head of ESA’s Technology Transfer and Promotion Office, “Many of our space technologies have already provided original solutions to problems on Earth. New requirements for sustainable development mean that space technologies could also provide interesting and profitable solutions for the building sector.”

If all goes according to plan, Neumayer-III will replace Neumayer II in 2008. In July the Germany Education and Research Minister, Edelgard Bulmahn, announced the allocation of €26 million to build the new German Antarctic station using "the most modern and environmentally friendly materials, previously only used in space technologies".

Now that the money is available an independent group will be set up to examine the requirements for the building and to decide whether to use the SpaceHouse concept as a basis.