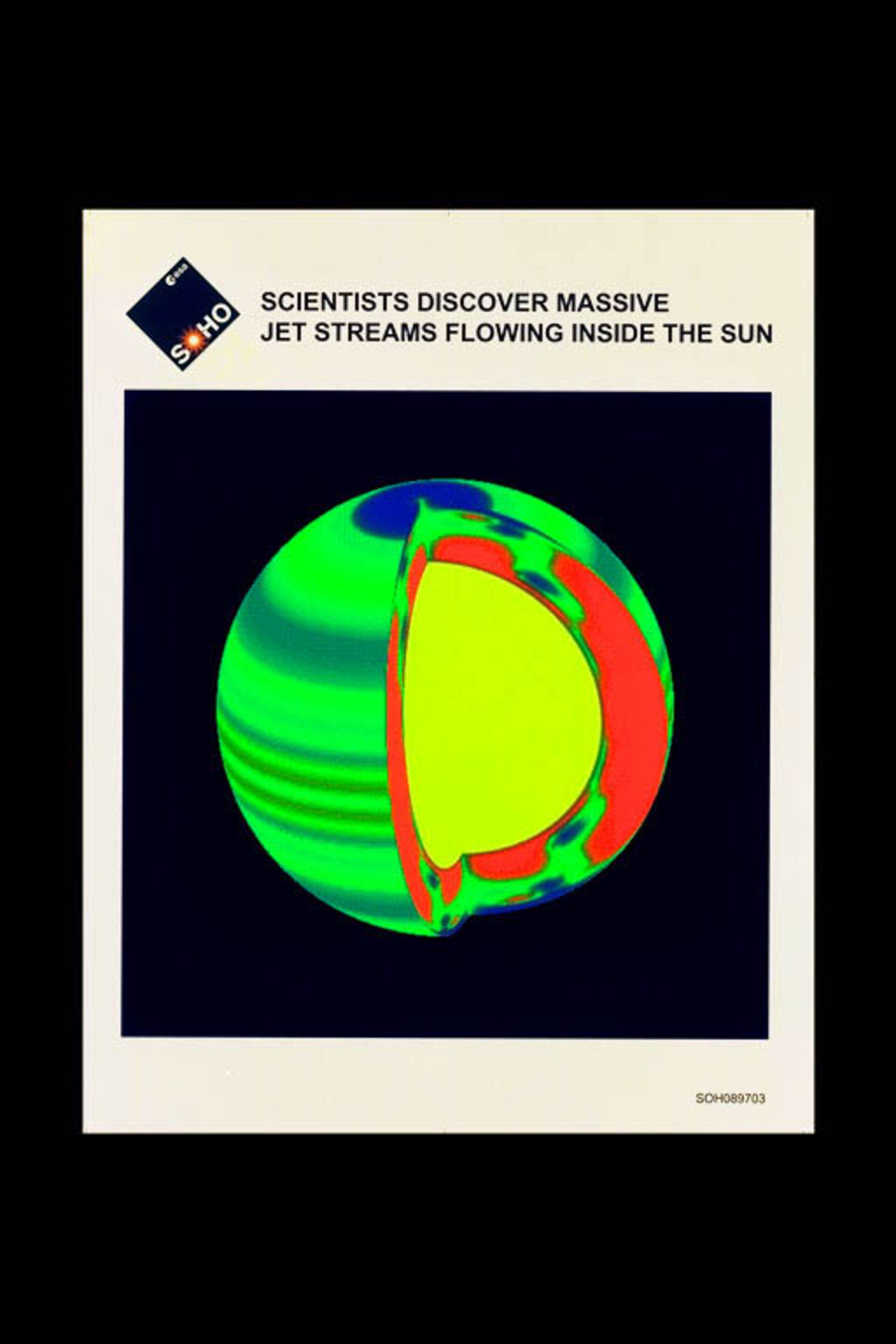 This image is derived from Michelson Doppler Imager (MD) data from ESA's Solar and Heliospheric Observatory (Soho) spacecraft. It is a result of computations using observations taken continuously from May 1996 to May 1997. The false colour represents the difference in speeds between various areas on the Sun, both at the surface and in the interior. Red - yellow is faster than average and blue is slower than average. On the left side of the image, the light orange bands are moving slightly faster than their surroundings. The new Soho observations indicate they extend 20,000 km down into the Sun. Sunspots, caused by disturbances in the solar magnetic field, tend to form at their edges. This may be due to the difference in speed at the edge of these zones that tend to twist the magnetic field generated by the moving hot, electrically charged plasma. The cutaway on the right side of the image reveals speed variations in the interior. Only the outer 30% of the interior where the variations are more certain is shown. The red ovals embedded in the green areas at the poles are the newly discovered polar plasma jet streams. They move approximately 10% faster than their surroundings, and each is about 30,000 km across, large enough to engulf two Earths. [Image Date: 01-08-97] [97.09.006-003]