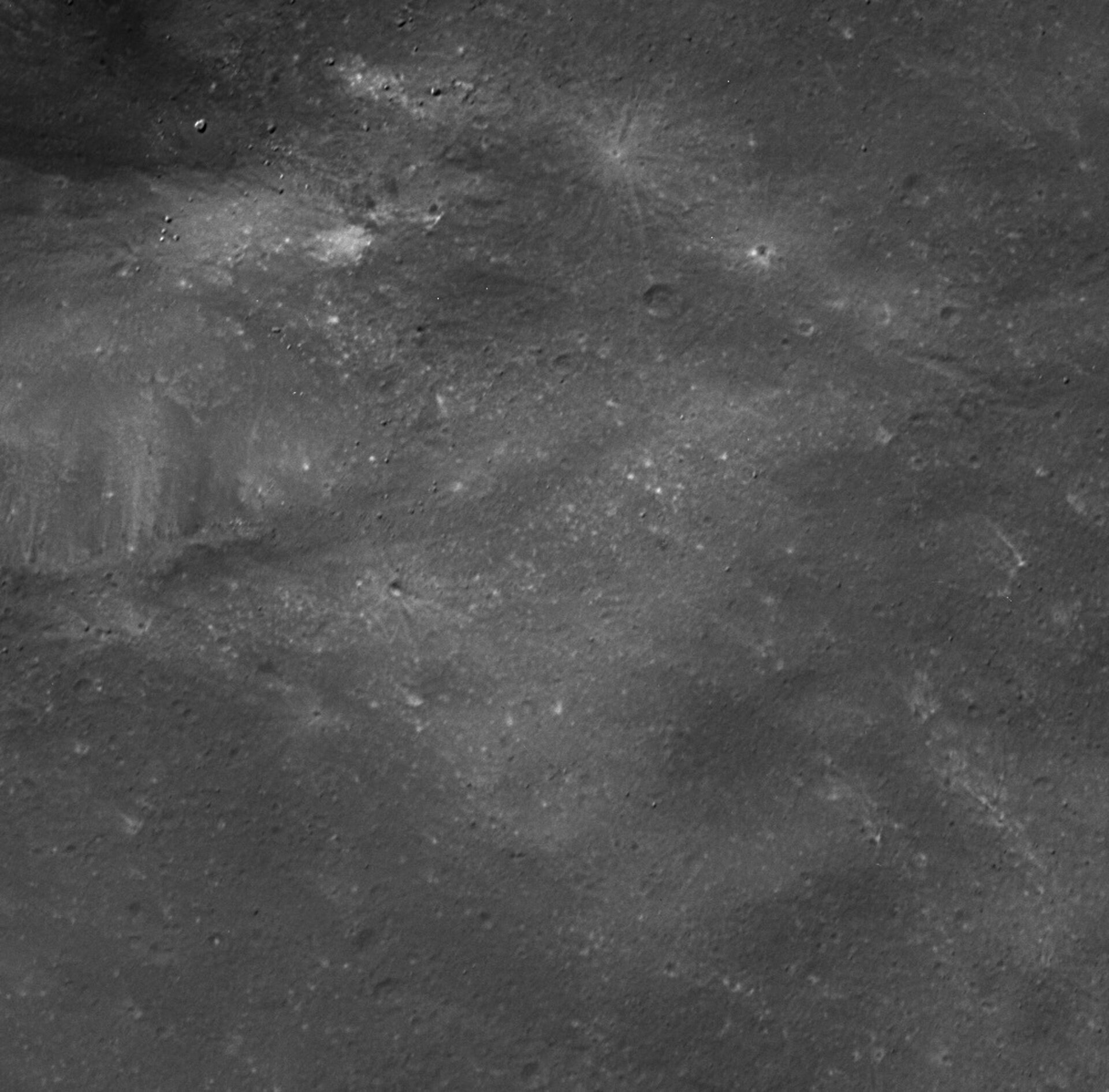 On 11 June 2004, during its closest approach to Phoebe, Cassini-Huygens obtained this extremely high-resolution view of a dark, desolate landscape. Regions of different reflectivity are clearly visible on what appears to be a gently rolling surface. Notable are several bright-rayed impact craters, lots of small craters with bright-coloured floors and light-coloured streaks across the landscape. Note also the several sharply defined craters, probably fairly young features, near the upper left corner.

This high-resolution image was obtained with an angle of 30.7 degrees between the Sun, Phoebe and spacecraft and from a distance of approximately 2365 kilometres. The image scale is approximately 14 metres per pixel. The image was high-pass filtered to bring out small-scale features and then enhanced in contrast.