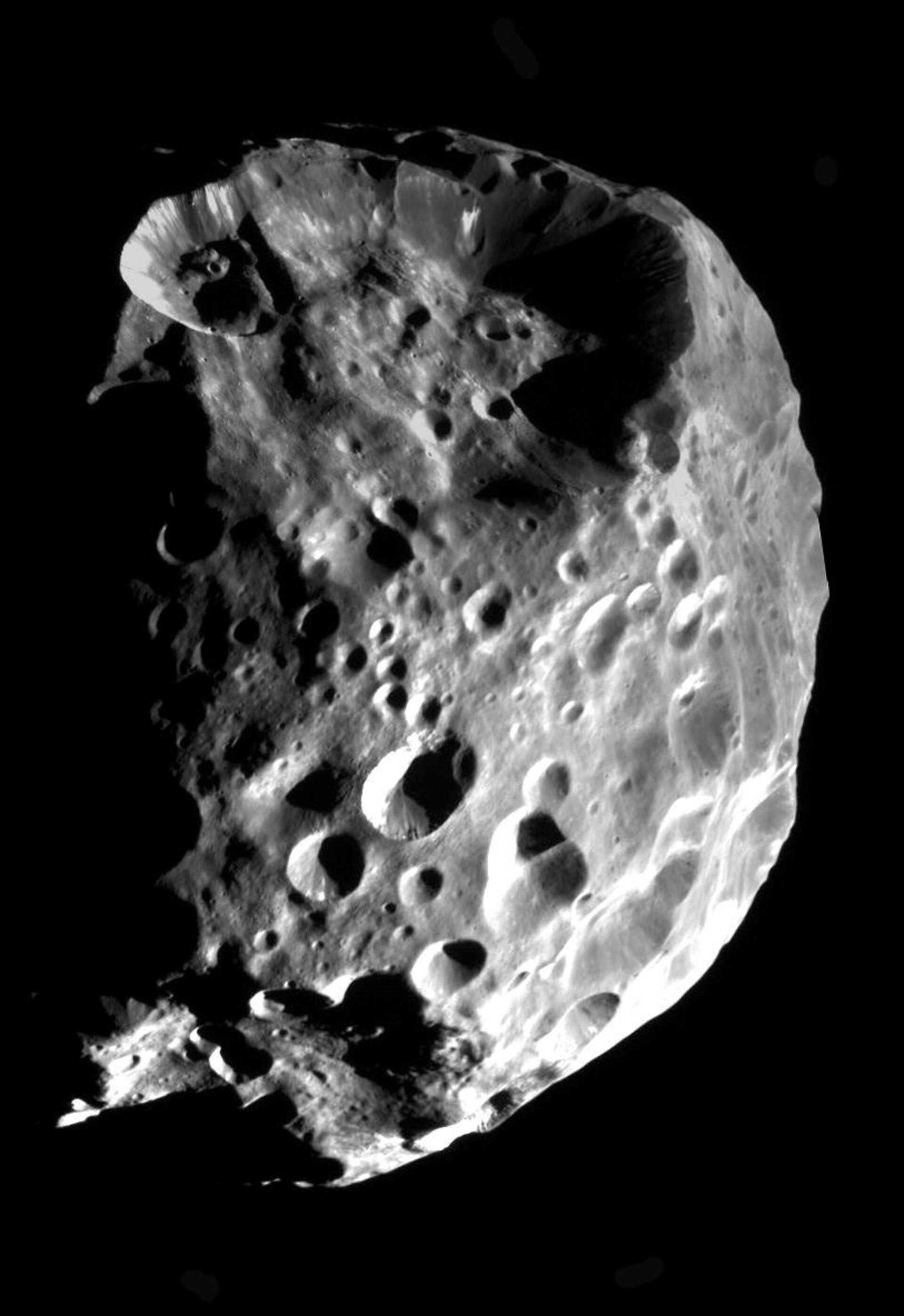 The face of Phoebe

Phoebe's true nature is revealed in startling clarity in this mosaic of two images taken during the Cassini-Huygens fly-by on 11 June 2004.

The image shows evidence for the emerging view that Phoebe may be an ice-rich body coated with a thin layer of dark material. Small bright craters in the image are probably fairly young features. This phenomenon has been observed on other icy satellites, such as Ganymede around Jupiter.

When impacting bodies hit the surface of Phoebe, the collisions excavated fresh, bright material - probably ice - from under the surface layer. Further evidence for this can be seen on some crater walls where the darker material appears to have slid downwards, exposing more light-coloured material. Some areas of the image that are particularly bright - especially near lower right - are over-exposed.

This view was obtained from a distance of approximately 32 500 kilometres. The image scale is approximately 190 metres per pixel. No enhancement was performed on this image.