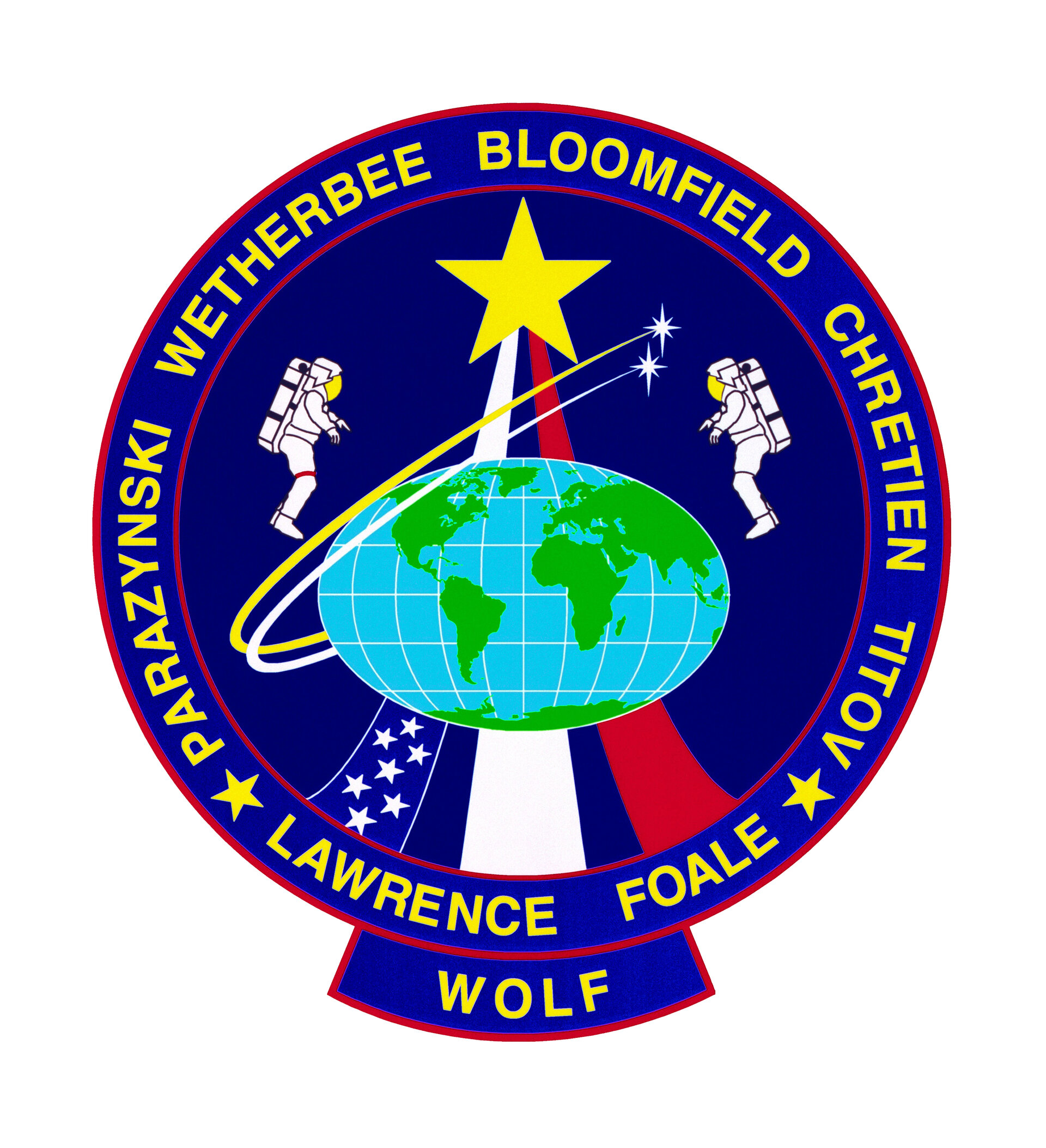 CNES astronaut Jean-Loup Chrétien (FR) served on the crew of STS-86, on the Space Shuttle Atlantis, from 25 September to 6 October 1997. This was the seventh Shuttle mission to rendezvous and dock with the Russian space station Mir. Highlights included the delivery of a Mir attitude control computer, the exchange of US crew members Mike Foale and David Wolf, a spacewalk by Scott Parazynski and Vladimir Titov to retrieve four experiments first deployed on Mir during the STS-76 docking mission and the return of experiment hardware and results to Earth. Chrétien spent 10 days, 19 hours, 21 minutes in space with fellow STS-86 crew Jim Wetherbee, Mike Bloomfield, Vladimir Titov (Roscosmos), Scott Parazynski, Wendy Lawrence, David Wolf and Michael Foale.

The mission patch uses seven stars to symbolise the seventh Shuttle-Mir docking mission. The flags of the international crew are incorporated in the rays of the astronaut logo. The rays of light across the sky depict the orbital tracks of the two spacecraft as they prepare to dock. A US astronaut and a Russian cosmonaut are shown performing a spacewalk, and the mercator projection of Earth illustrates the global cooperative nature of the flight.