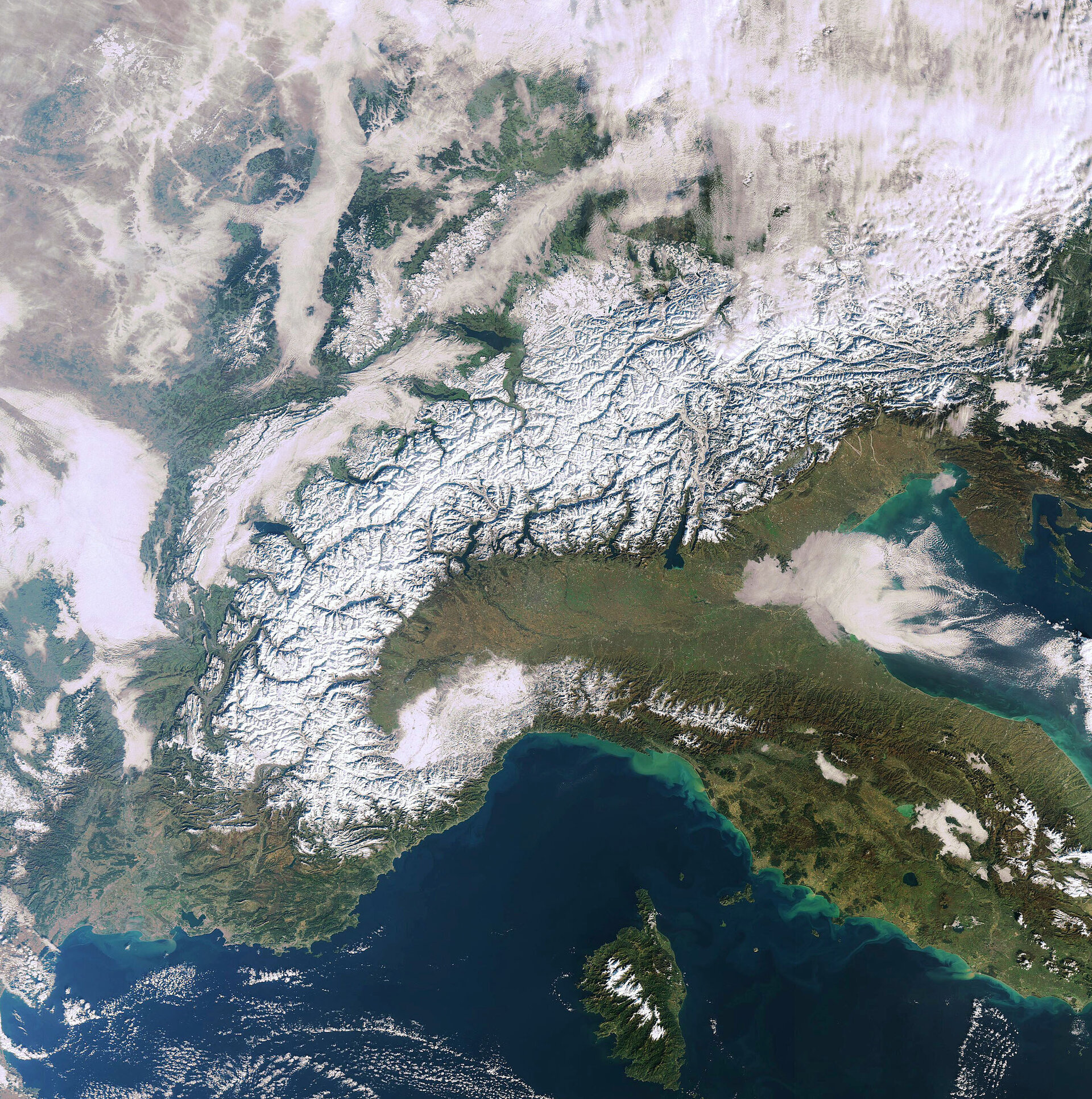 The snow-capped, crescent-shaped Alps and Italy’s Apennines mountain chain ((visible mostly in brown) are shown in this image acquired by Envisat's Medium Resolution Imaging Spectrometer (MERIS) instrument on 8 December 2008. Due to this snow cover and a relatively low illumination angle of the sun, the ranges and valleys of the mountains stand out in the image. Much of the whiteness seen in the top of the image is cloud cover, but fog is visible in the valleys such as the Rhine.