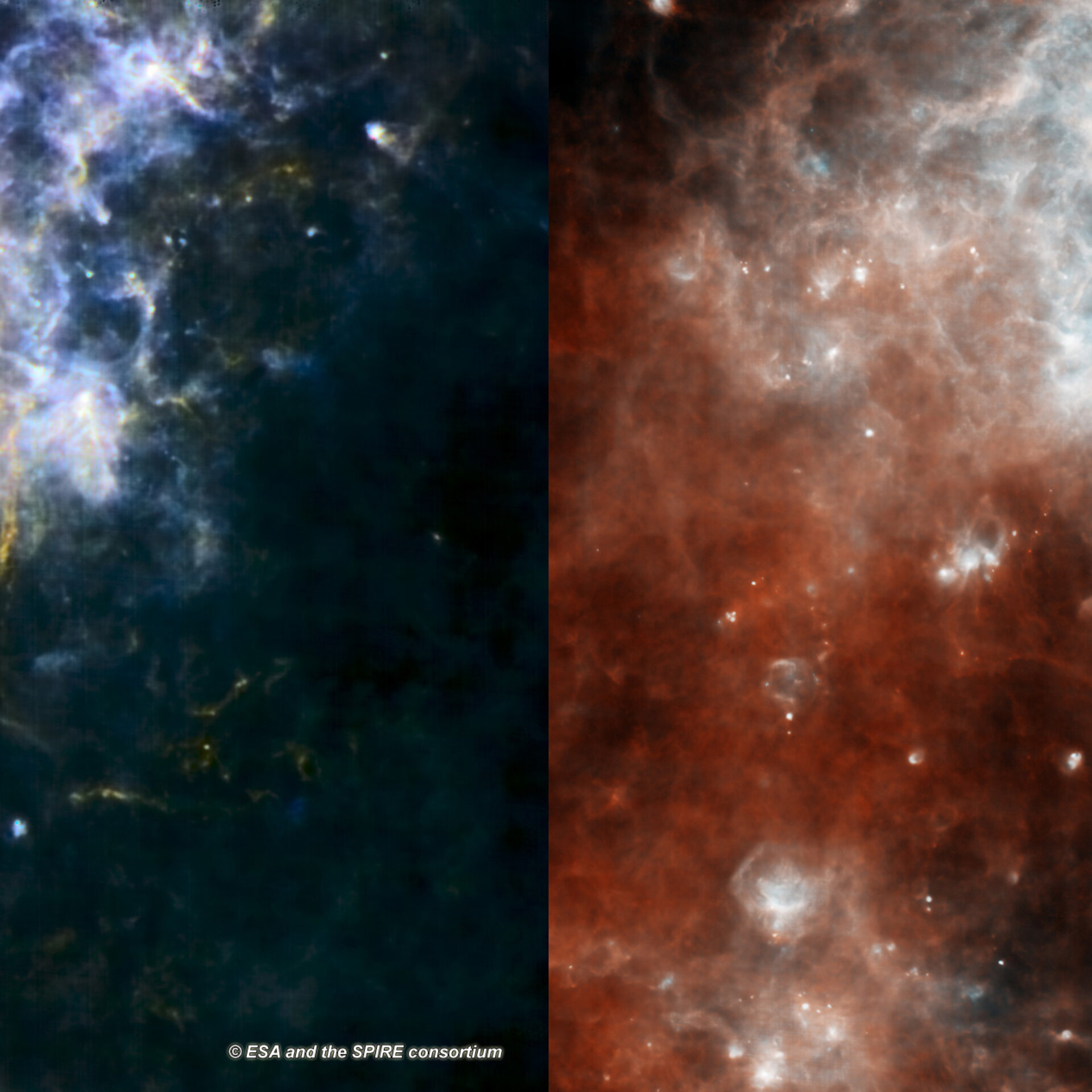 Reservoir of cold gas in the constellation of the Southern Cross

`Five-colour infrared images of a reservoir of cold gas in the constellation of the Southern Cross. The region is located about 60° from the Galactic Centre, thousands of light-years from Earth. The images cover an area of 2°x2° on the sky.

The result is a view of an incredible network of filamentary structures, and features indicating a chain of near-simultaneous star-formation events, glittering like strings of pearls deep in our Galaxy.
The five original infrared wavelengths have been colour-coded to allow scientists to differentiate extremely cold material (red) from the surrounding warm stuff (blue).