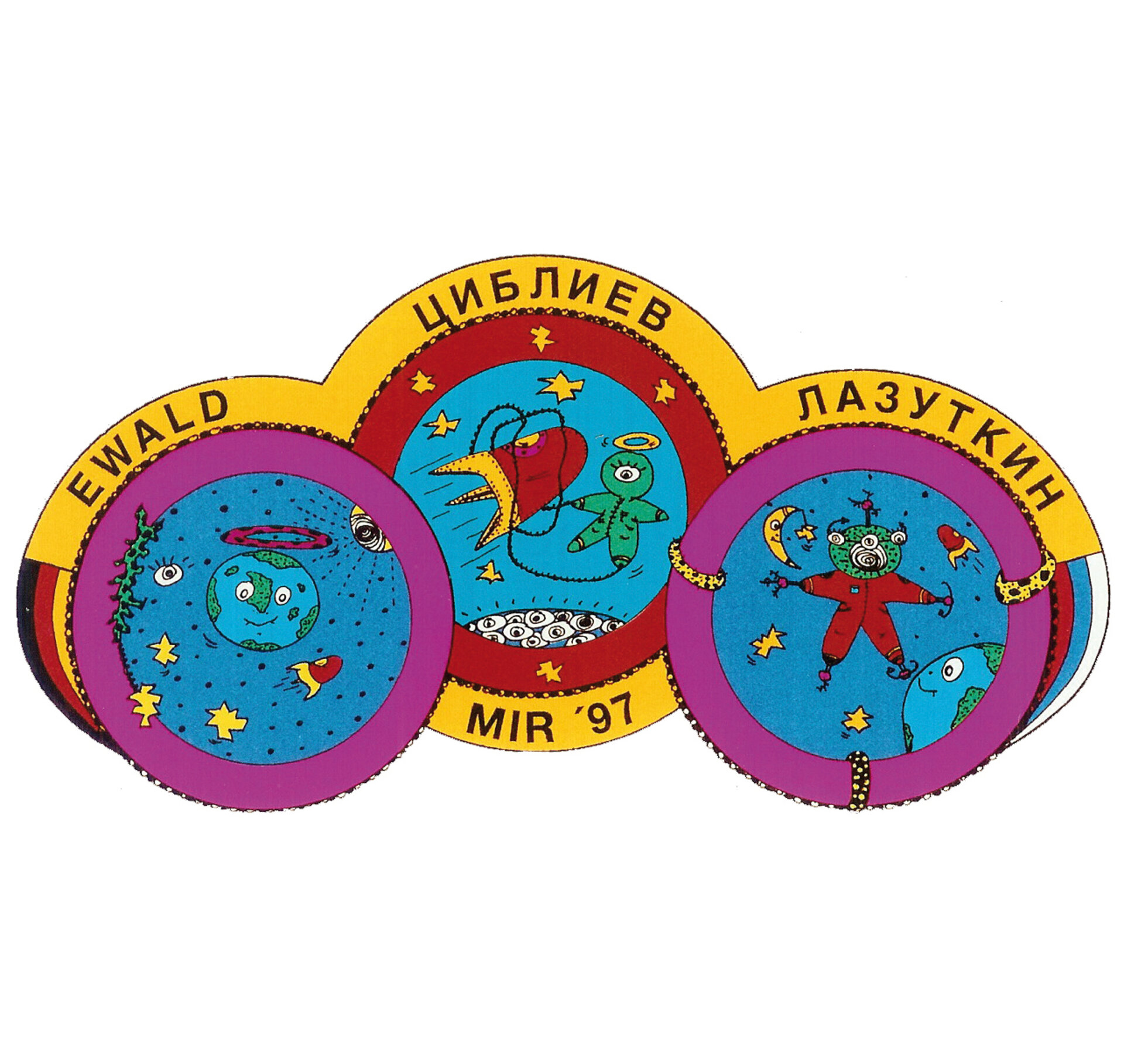 DLR astronaut Reinhold Ewald (DE) flew to the Mir space station on Soyuz TM-25, in February 1997, with cosmonauts Vasili Tsibliyev and Alexander Lazutkin. He spent 18 days in space, performing experiments in biomedical and material sciences, and carried out operational tests in preparation for the International Space Station.

This flight not only had official Mir mission logos, but also a Soyuz crew patch. Like the TM-14 crew patch, it was available in both prime crew (Tsibliyev, Lazutkin, Ewald) and back-up (Musabayev, Budarin, Schlegel) variations. It was designed by an artist named Andorea, who used three colourful circles containing children's drawings. It was the first TM-25 patch that was spotted worn by both prime and backup crews in training.