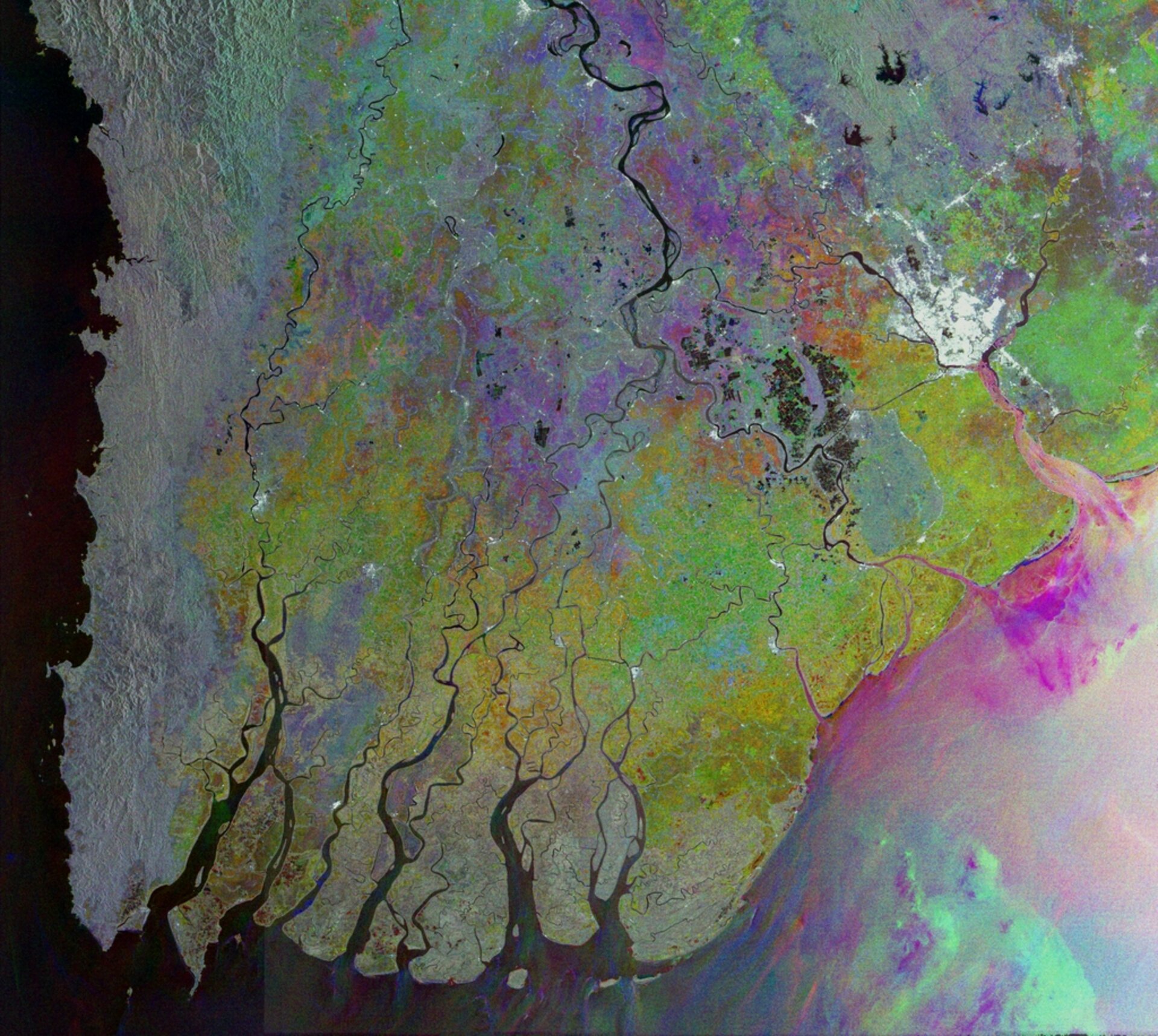 This Envisat image highlights the Irrawaddy Delta in Burma/Myanmar (officially the Union of Myanmar). This image was created by combining three Envisat Advanced Synthetic Aperture Radar acquisitions (2 January 2009, 17 April 2009 and 26 June 2009) taken over the same area. The colours in the image result from changes in the surface that occurred between acquisitions.