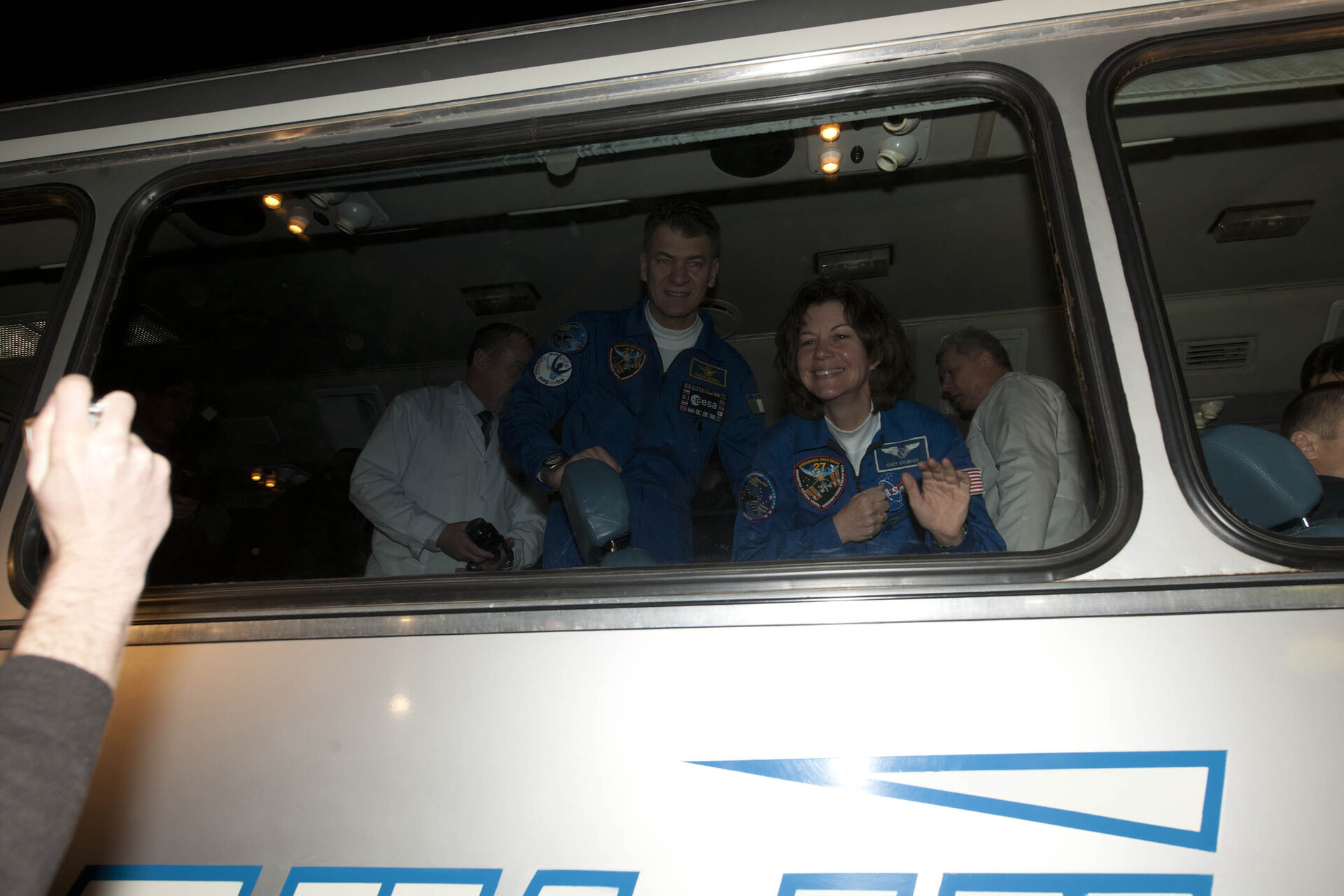 ESA's astronaut Paolo Nespoli and his crewmates leaving the Cosmonaut Hotel at Baikonur Cosmodrome, Kazakhstan, on 15 December 2010, after signing the door of the room they occupied and after being blessed by Russian Orthodox priest.