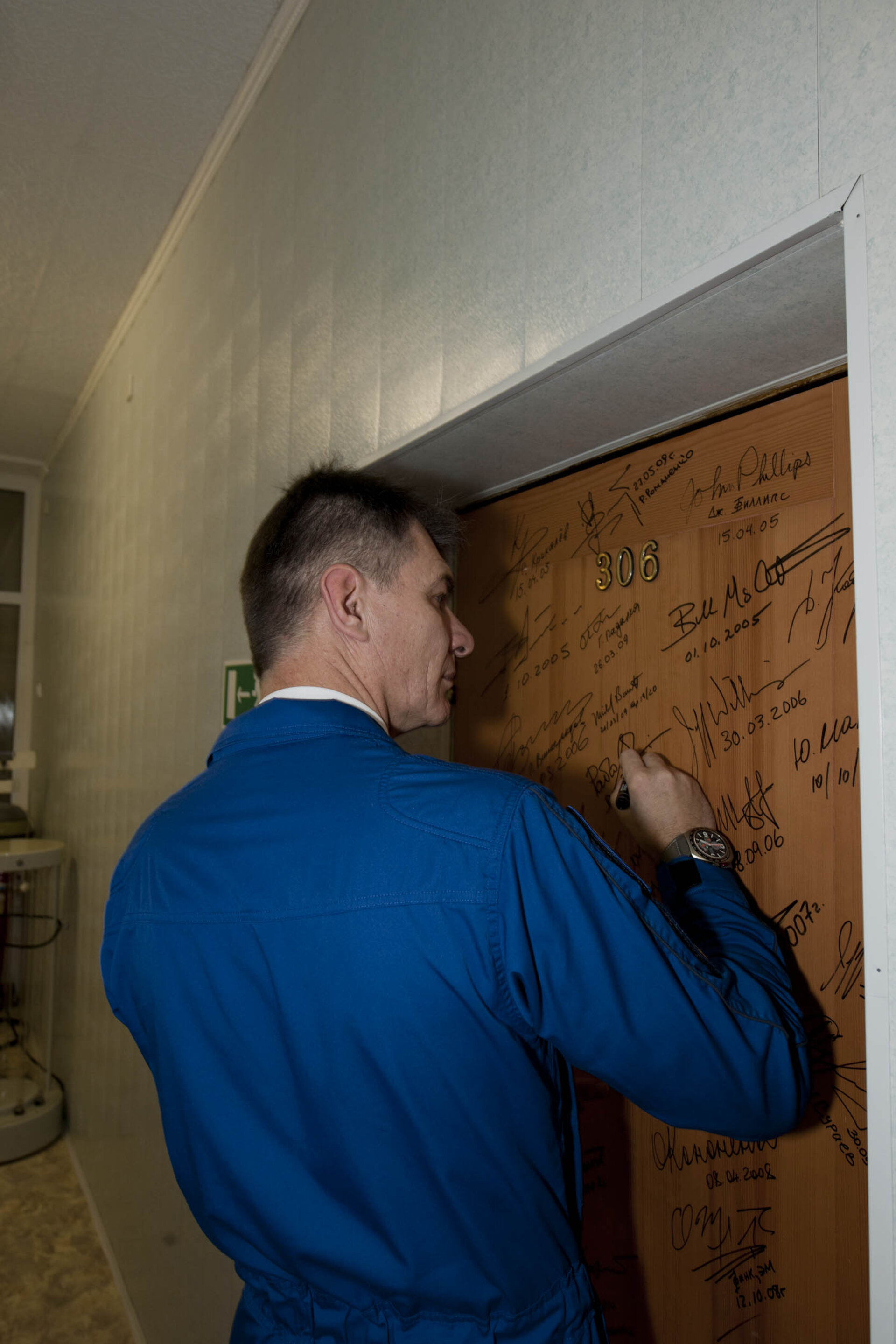 ESA's astronaut Paolo Nespoli follows the traditions and signs the door of room he used (no. 306) in the Cosmonaut Hotel at Baikonur Cosmodrome, Kazakhstan, on 15 December 2010.