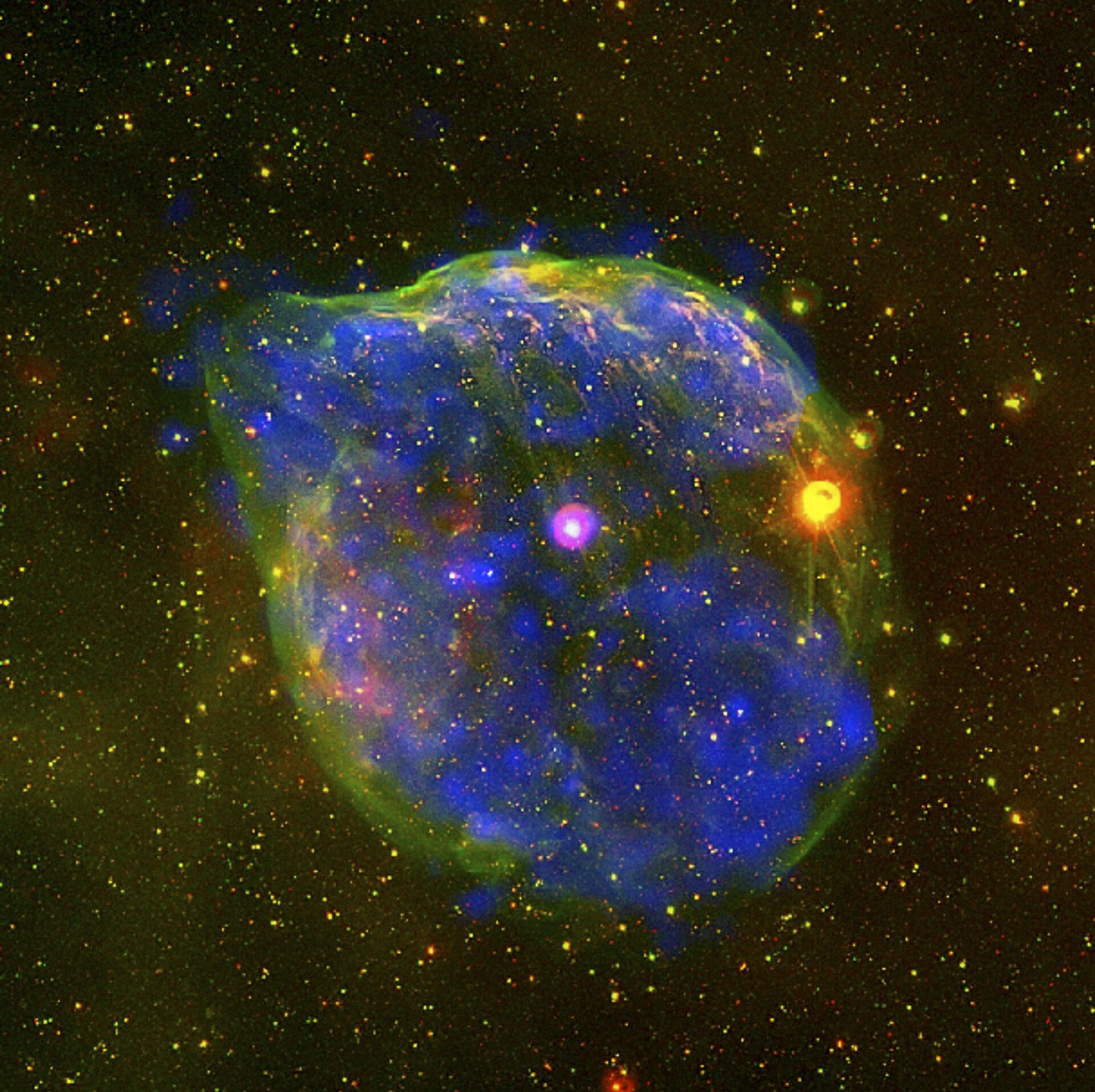 This image shows a giant bubble blown by the massive Wolf-Rayet star HD 50896, the pink star in the centre of the image.

The bubble, known as S 308, is about 60 light-years across and is located 5000 light-years away in the constellation of Canis Major.

This image was featured as Space Science Image of the Week on 29 October 2012; read the full caption here.