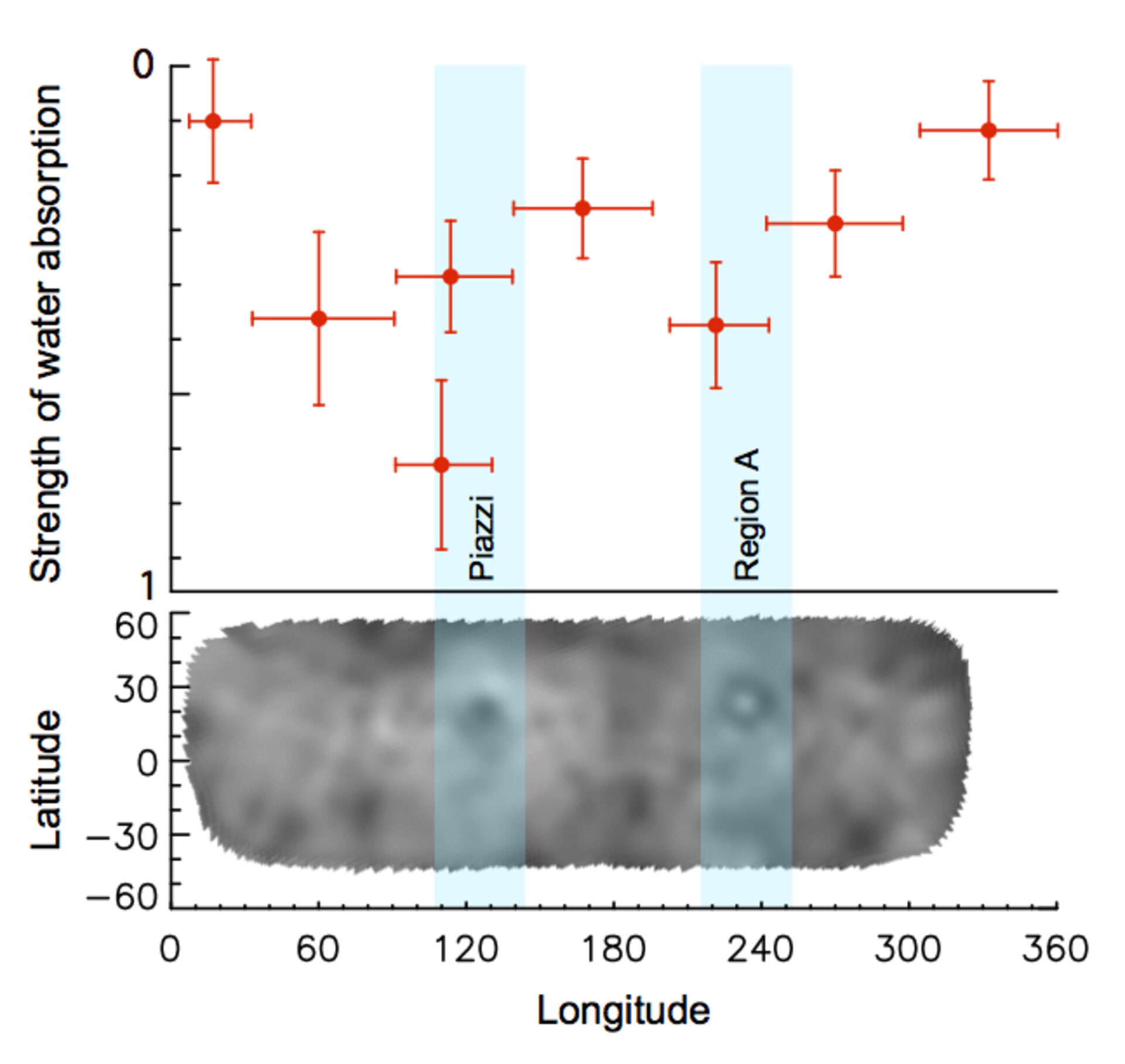 Variability in intensity of the water absorption signal detected at Ceres by ESA’s Herschel space observatory on 6 March 2013. The most intense readings correspond to two dark regions on the surface known as Piazzi and Region A, identified in the ground-based image of Ceres by the Keck II Observatory. The two data points at 110º longitude were taken in a time interval of about 9 hours – equal to the Ceres rotation period – showing that variability in the water vapour production is possible even on short periods.