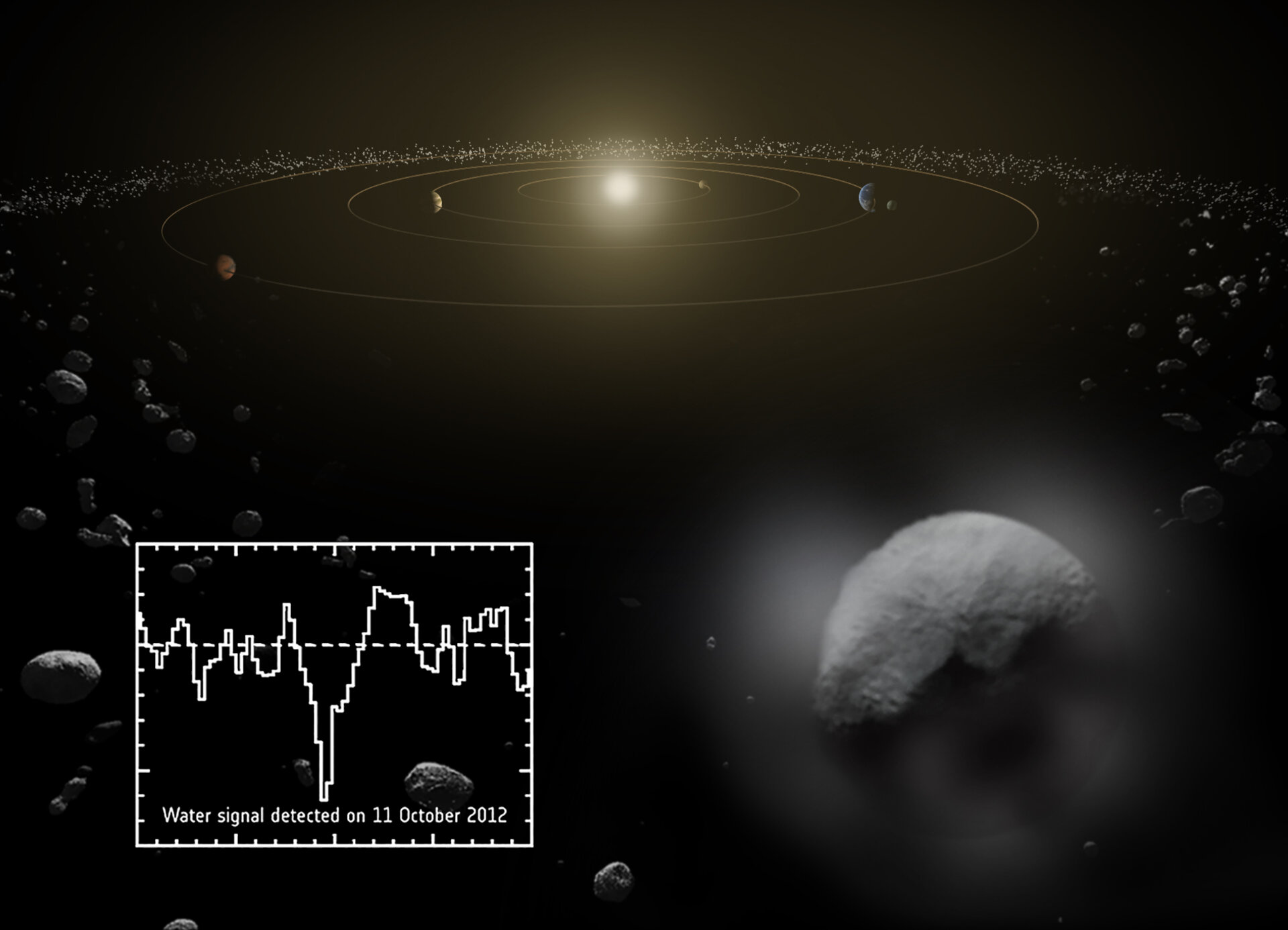 Dwarf planet Ceres is located in the asteroid belt, between the orbits of Mars and Jupiter. Observations by ESA’s Herschel space observatory between 2011 and 2013 find that the dwarf planet has a thin water-vapour atmosphere. It is the first unambiguous detection of water vapour around an object in the asteroid belt. The inset shows the water absorption signal detected by Herschel on 11 October 2012.