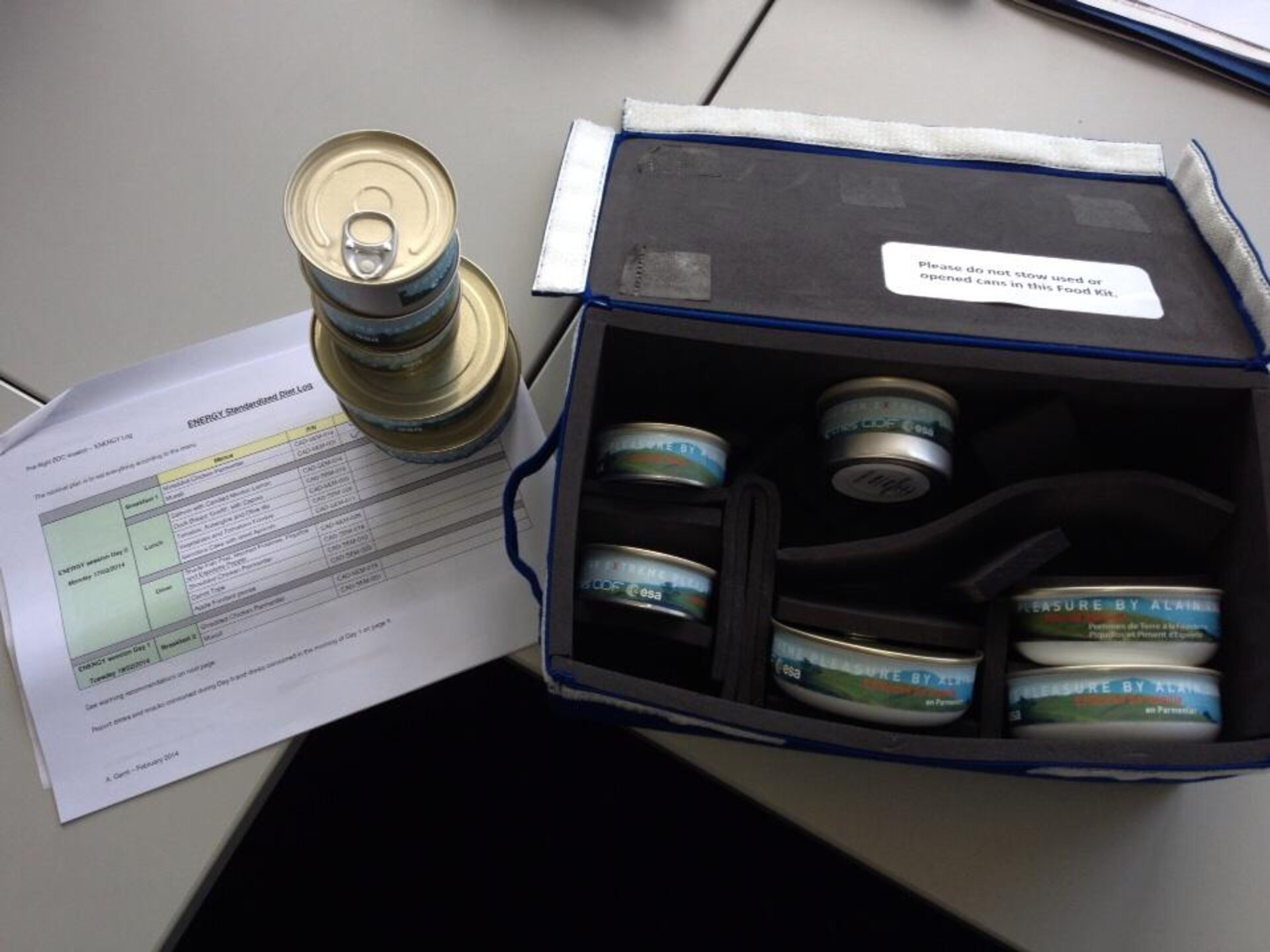 Tinned food that is part of ESA's ENERGY experiment for ESA astronaut Alexander Gerst as part of his Blue Dot mission to the international Space Station.

This experiment looks at the energy expenditure of astronauts during spaceflight to plan adequate but not excessive food supplies. It is a complex experiment and many astronauts are involved. ESA astronauts André Kuipers and Luca Parmitano and others took part in this experiment on their missions before Alexander.

The space part of this experiment lasts 11 days. Predefined food is eaten from a special package on the first two days and everything is registered with bar codes and on written forms to know exactly what Alexander will eat. He will drink water with deuterium isotopes and regularly collect water and urine samples. The isotopes allow the scientists to examine how Alexander’s energy levels change over the 11-day period.