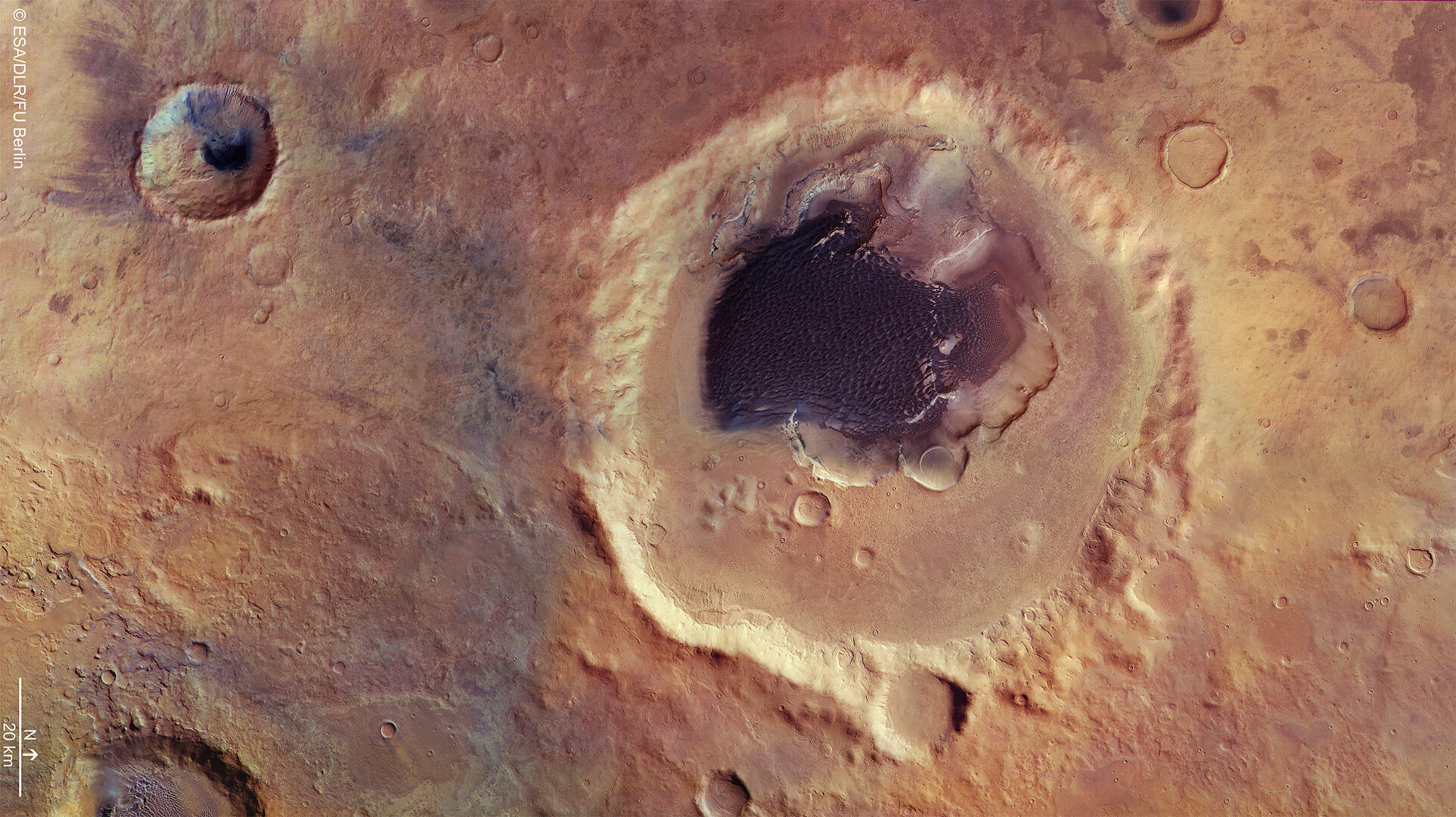 Rabe Crater is a 108 km-wide impact crater with an intricately shaped dune field. The dune material likely comprises locally eroded sediments that have been shaped by prevailing winds. Other smaller craters in the region also contain these dark deposits. One relatively young and deep crater can be seen in the upper left; as well as the dark material, channels and grooves are clearly visible in its crater walls.

The images used for this mosaic were taken by the High Resolution Stereo Camera on ESA’s Mars Express on 7 December 2005 (orbit 2441) and 9 January 2014 (orbit 12736). The scene is located at 35°E/44°S, about 320 km west of the giant Hellas impact basin in the southern highlands of Mars. The image resolution is about 15 m per pixel.